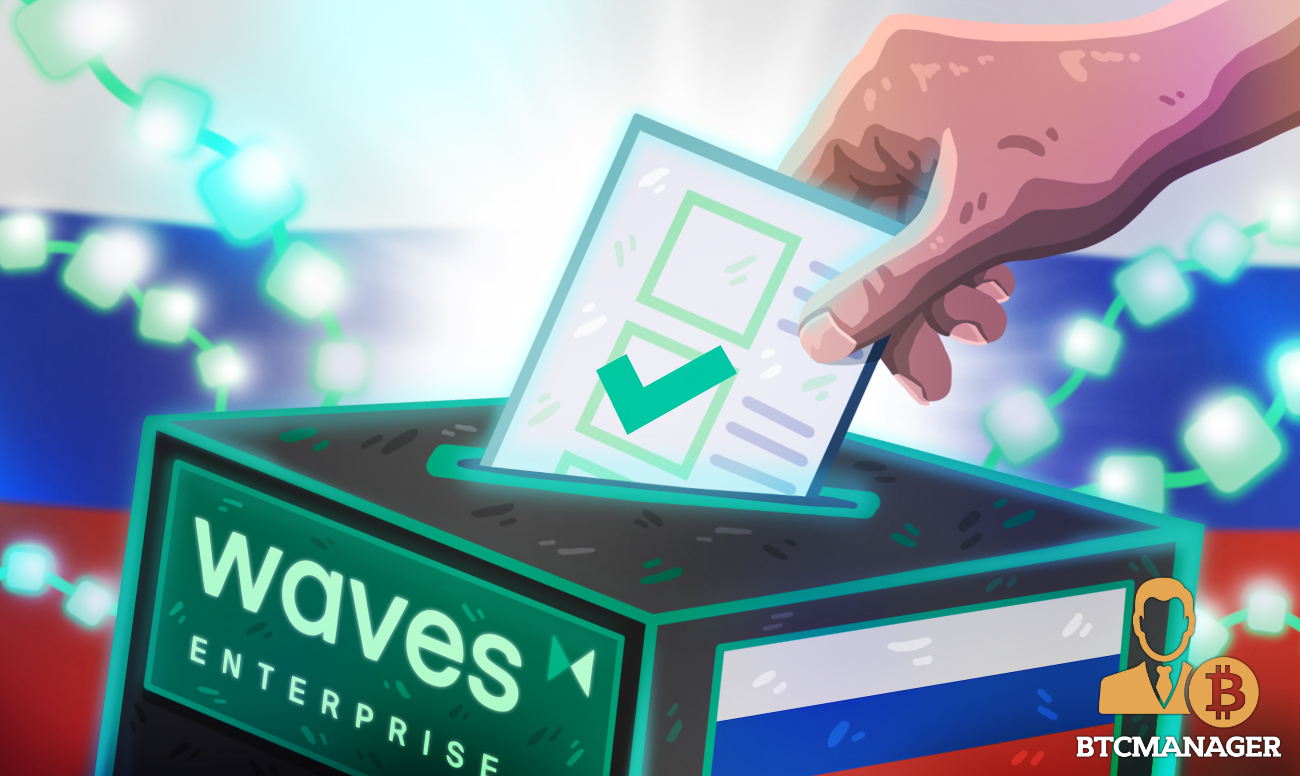 The piloting of Russia’s Federal e-voting system on Waves Enterprise Chain is live ahead of the State Duma election set for Sep 13.

Through a tweet on Sep 11 by Sasha Ivanov, the CEO, the notification is a fulfillment of what was announced three weeks ago. It is also a show of interest by the Russian government keen on deploying technology for people to freely express their democratic rights through a foolproof system. If the pilot is successful, the Waves-based e-voting system will be the backbone of the country’s electoral process in the future.

The system was developed in partnership with Rostelecom, a Moscow-based digital services, and telephony provider.

Notably, the e-voting system has taken considerable attention to detail given the previous experimentation which ended in shambles.

In late June, the Bitfury-developed voting system for constitutional amendments was a target by hackers when the election’s node observer was attacked. The good news is, the system didn’t malfunction and all data were successfully published on the Exonum blockchain.

Security Will Be the Main Pillar

Therefore, Waves is making security their pillar by incorporating zero-knowledge proofs and several other cryptographic primitives like generation and merging of public keys to create a master key. The master key will encrypt all blockchain transactions thereby sufficiently fortifying the private chain. The private keys, however, will be held by an independent observer.

Since voting is a democratic process of which Waves blockchain has been entrusted to build a transparent platform to relay the wishes of the Russian people, Artem Kalikhov, the Chief Product Officer of the Waves Enterprise said they care most about their reputation and won’t build any back-doors.

In an interview with CoinTelegraph, Artem said:

“The first run of the new system will happen for the State Duma, which is the lower house of the Federal Assembly of Russia, elections on 13 September 2020 on United Voting Day in the Kurskaya and Yaroslavskaya areas. Approximately 600,000 voters can participate in this e-voting.”

Earlier, BTCManager announced the activation of Waves Node 1.2 “Malibu”. The update increases the block minimum duration time from five to 15 seconds and is part of the network’s focus on creating a vibrant DeFi ecosystem.