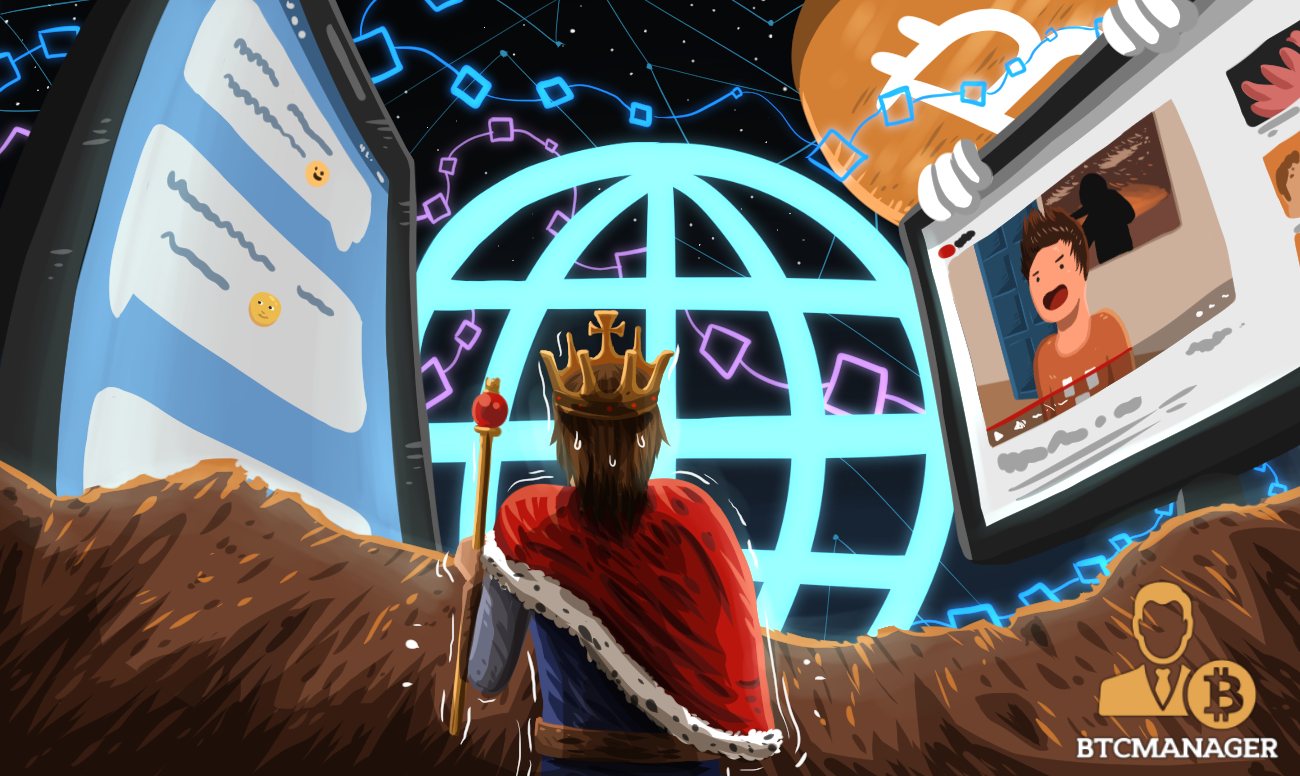 The final day of the Web3 Summit concluded with a reminder about the politicization of technology. As more of our world becomes digitized and the human experience rendered numeric, it’s becoming increasingly important to become aware of how governance will be reshaped. Many speakers explained how this has always been true, while others described the practical means in which these discussions can remain democratic and productive.

Bringing the Hacker Ethic to the Mainstream

The initial talk from Bernd Fix iterated some of the points made by Harry Halpin on the first day of the event. Fix comes from a demographic that preceded Halpin and represents a computer science culture that was swiftly appropriated by the capitalist machine. He makes up the boundary-breaking, liberty-inducing, red star that composed the Internet’s initial vision. On stage, however, he spoke cynically about the deterioration of this vision.

When outlining what the Internet was supposed to do, it’s not difficult to see its political roots. Anyone could switch out a few of the technical terms from computer science for others from the school of political science, and quickly the conversation resembles the duty of a government. Or, rather, what a government ought to do.

“Politics is the project of forming our society along new trends and narratives,” explained Fix. If observers follow this as a premise, and as we hurtle towards an accelerated digital experience, it isn’t difficult to see how exchanges about technology will eventually shape the political conversation. Hopefully, this conversation isn’t dominated by a few voices, though. To miss the bridge between politics and technology, or to look away from this relationship, is, in many ways, to give up the power of shaping a country’s trajectory. Fix asked:

Bernd Fix is also a founding board member of the Wau Holland Foundation based in Hamburg, Germany.
(Source: LibertyBits)

The hacker ethic of Fix’s generation didn’t survive the “reality check” of business culture according to him. It couldn’t fight off the consolidation of corporations and their ability to shape the technology for their financial bottom lines. “We didn’t lose the war, but we did lose a lot of battles,” laments Fix. With that, a spring of hope.

Founders of Web1 and Web2 look to blockchain technology and the liberating effects that it proposes as yet another battleground for freedom. If participants can consider the innovation’s relevance in this context, it’s likely to manifest much differently than Fix’s or Halpin’s conclusions.

Shaping the Conversation: Governance and the Technology of Politics

Determining how blockchain technology will right the wrongs of the mega-firms who thrive off of user data is public enemy number one for distributed ledgers. While some have claimed that technology is agnostic, a handful of platforms are attempting to bake in the features of a more just society via different governance models. Speaking on this was the founder of ZK Labs Matthew Di Ferrante.

Di Ferrante’s point also means that when a poor choice is made (assuming it was made under a “good” governance model) can easily be corrected down the road. The same, however, is not true for “bad” governance. A degree of flexibility is thus assumed to be included in these frameworks. Another aspect of this model is the body of participants. Everyone is signaling different contributions from different levels of a system, and it’s essential that this signaling is also well-informed, lest a community ends up following false conclusions.

Vlad Zamfir, Gavid Wood, and Arthur Breitman continued the discussion in a follow-up panel in the same packed room at Funkhaus. Murmurs of “founding fathers” ran through the audience and added to the gravity of the three speakers. From building blocks, Wood described governance as the means in which an economic system maintains cohesion.

Broken governance will often lead to schisms within a community much like the Catholic church the Parity founder cited. Divisions, or hard forks, aren’t a bad thing, though. Zamfir explained his defense of forking code when a community pursues unfavorable directions. It can also be done to prevent malicious forces outlined by Fix and Halpin from taking over and could be likened to free speech (of which should never be silenced).

Breitman explained the importance of governance when working with common property, such as a public blockchain. But as much as the conversation cited technical aspects of staking or bifurcating aspects of code, the sociological element wasn’t lost on the three speakers. The soft powers that be, no matter how powerful a technology, will repeat themselves over and over. Mitigating for the human features of governance will likely never be solved and “the price of freedom is constant vigilance,” according to Wood.

And to understand why we are hard-forking away from Bitmain and Innosilicon ASICs, read our blog post from earlier in the month. https://t.co/7gdqVcIM8x

What Is Progress, Anyways?

Concluding the conference, the executive vice president Aeron Buchanan iterated the fact that “we can’t escape politics when building the future.” The vision to improve where societies’ first attempts at grappling with networked cultures via the internet was present throughout all the presentations.

Day 1 of #web3summit had a recurring theme of responsibility. We must build for the future, learning from the past. Many great quotes from the speakers, including @juanbenet "let's avoid the avoidable"

But, perhaps more important, was the fact that soon, social factors will begin to overtake the technical ones. Inviting and incentivizing as many experts from as many fields as possible will hopefully instantiate a more just and ethical internet for everyone.