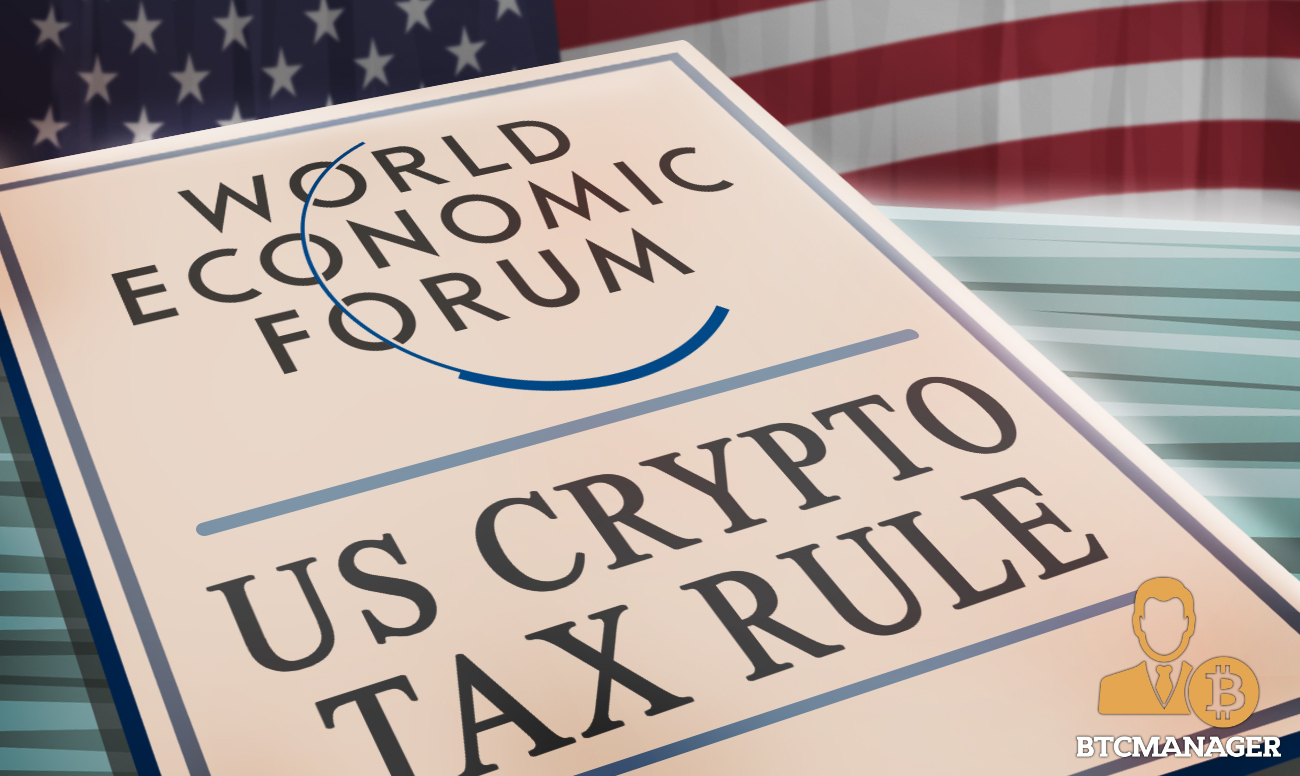 The World Economic Forum has become the latest body to comment on the controversial US cryptocurrency tax provision.

Sheila Warren, the WEF’s Head of Blockchain and Digital assets has issued a statement about the expanded crypto tax policy by the US Senate. The WEF executive expressed surprise at the amendments to the cryptocurrency provision included in the US infrastructure bill.

According to Warren, it was “remarkable” that the provisions were inserted in the US infrastructure plan. The Blockchain and Digital Assets head also said that a regulatory policy would be effective following careful consideration and evaluation. Warren further noted the rushed approach adopted towards the expanded crypto tax provision, stating that “legislative rulemaking is usually a slow process for a reason.”

Indeed, the cryptocurrency tax policy was hastily inserted into the bipartisan infrastructure bill, which is currently before the US Congress. The stringent crypto tax law is expected to generate $28 billion in revenue, which would cover part of the $550 billion bill for funding roads and bridges.

The problem, however, lied with the definition of the word “broker”. For industry participants and stakeholders, the definition in the original bill was broad, which could apply to software developers, miners, and validators. The problem is that this group did not have access to users’ data, which could make reporting to the IRS impossible.

Warren also commented on the wording used in the bill, saying:

“It is remarkable to see language endorsed that was not neutral about technology. This has massive implications for a relatively nascent industry.”

With concerns that the cryptocurrency tax provision could be the death knell on the US crypto industry, Senators Cynthia Lummis, Pat Toomey, and Ron Wyden introduced an amendment, which would narrow down the definition and exclude miners, node operators, developers, and validators.

Meanwhile, Republican Senator Rob Portman, who proposed the crypto tax provision in the Infrastructure Bill, along with Senator Mark Warner, introduced a “last-minute” amendment. While the proposal excludes proof-of-work (PoW) mining and sellers of hardware and software, it did not favor validators and developers who worked on proof-of-stake (PoS) networks.

Shortly after the Portman-Warner amendment, the White House, via a statement, endorsed the amendment, to the shock and dismay of the cryptocurrency community. The Biden Administration noted that the provision would ensure tax compliance.

Commenting on the unfavorable development was Kristin Smith, executive director of the Blockchain Association, who said:

“At the eleventh hour, Sen, Warner has filed an amendment that is anti-technology and anti-innovation – and would be disastrous for the U.S. crypto ecosystem. Removing protections for software developers – what Senator Warner’s amendment aims to do and that is defined in the Wyden-Lummis-Toomey amendment – is a negative catalyst that will force crypto development and innovation out of the U.S. to friendlier, pro-technology jurisdictions.”

With two rival amendments before the US Senate, the crypto community would have to wait and hope that the votes are favorable.