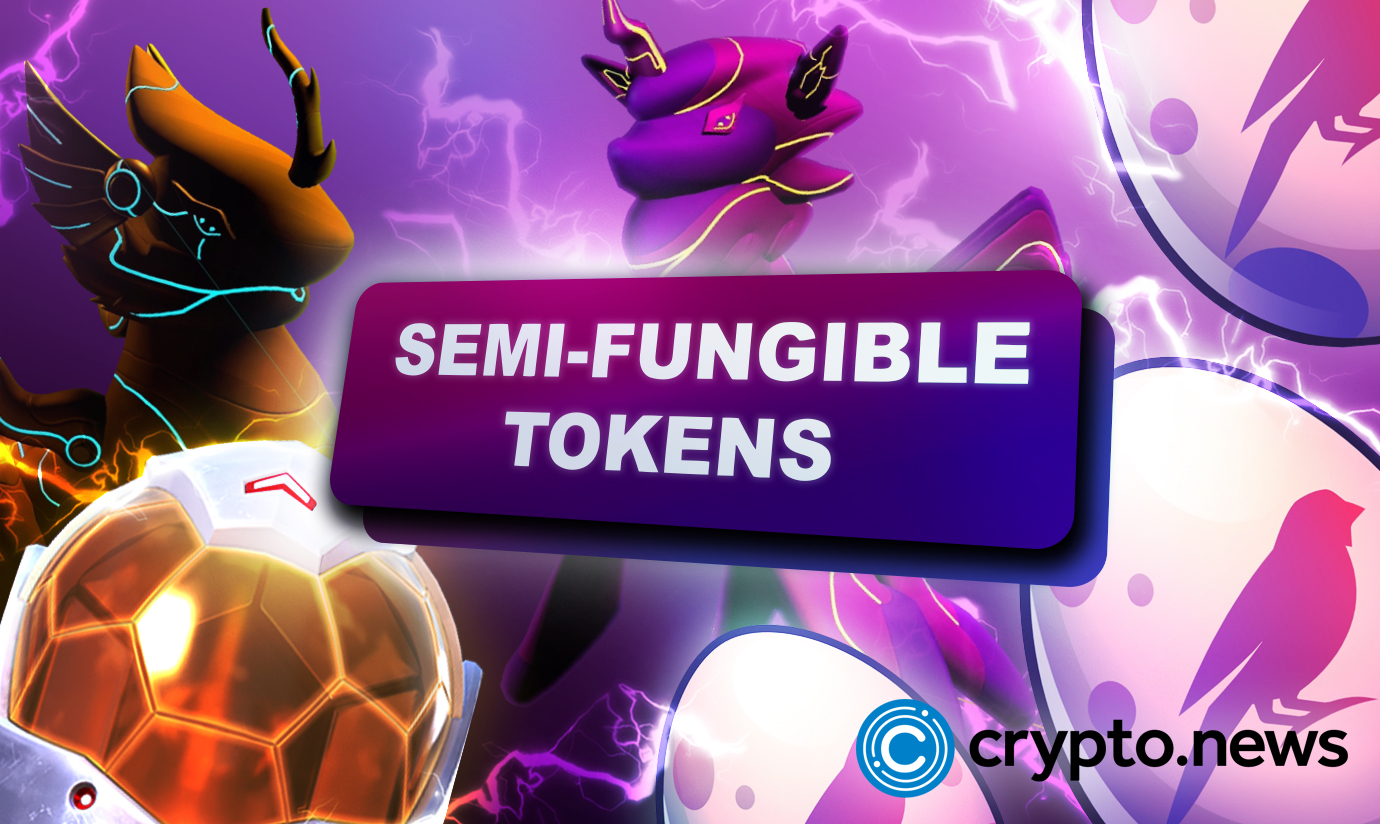 Blockchain has led to a lot of confusing technology innovations in recent years, and perhaps none are more befuddling than the idea of “semi-fungible tokens”, or SFTs.

Most will no doubt liken SFTs to the better-known “non-fungible tokens”, or NFTs, and they wouldn’t be wrong about that. They’re certainly very similar, even if there is no exact definition as to what an SFT really is.

NFTs are non-fungible because they’re not interchangeable with one another. The word “fungible” is defined as “mutually interchangeable”, so it makes sense that non-fungible tokens cannot be swapped directly for another asset. Each NFT is unique, with its own defined characteristics. Take the Bored Ape Yacht Club as an example, where each NFT ape is different from the others, reflected by their differing sales prices.

In contrast, cryptocurrency is fungible. A BTC token is exactly the same as any other BTC token, and if someone swaps one coin for another owned by someone else, they won’t gain or lose any more value.

So we know what NFTs are but that doesn’t really help us understand what an SFT is. Essentially, they can be thought of as fungible in some ways and non-fungible in other ways. It’s a vague definition that’s also quite fitting, as SFTs come in all shapes and sizes and have very different uses.

The best way to understand SFTs is to imagine them as a kind of digital ticket to a concert or some other event. Let’s say there are 500 tickets that have been allocated for this event, with each one providing the right to attend. Each ticket will have its own ID number, though the cost and benefits are exactly the same.

This SFT ticket might be fungible before the event, but once the concert or football match is over, it becomes non-fungible. That’s because it becomes more of a collector’s item, with its own value. Imagine if you hold a ticket for the first-ever FA Cup final that dates back to 1872 and it’s still in pristine condition – it would likely be worth a lot more than a crumpled one that’s ripped in half. In this way, an SFT can be defined as something that begins it’s life as fungible, only to become non-fungible later.

Evolution of SFTs to NFTs

Many NFTs actually begin their lives as SFTs. Imagine a new NFT collection that’s yet to be minted. Users will often acquire an NFT without knowing exactly what they’ll be getting. Instead, on a site like OpenSea, all they’ll see is a dummy image. So in reality, what they’re buying is an SFT that will only transform into an NFT after it has been revealed. When this happens, the Universal Resource Identifier that points to the SFT metadata changes, so that each pre-minted NFT transforms into a unique image.

This is often the case with new generative NFT-based art collections, where the individual NFTs all have different traits and rarities. While the holder is able to swap his or her SFT with any other before the reveal, that’s no longer possible afterwards, as the NFTs will all have different values.

On EVM-compatible blockchains, we can tell the difference between an NFT and an SFT because they use different standards. SFTs are minted using the ERC-1155 token standard, while NFTs use the ERC-721 standard.

The ERC-1155 standard has some benefits, such as the ability for tokens to be transferred in batches of up to 1,000 at once, minimizing the gas fees for each transaction. Further, we can use the same smart contract address for both fungible and non-fungible assets. The ERC-1155 standard also makes it possible to retrieve a token that’s sent to the wrong address.

SFTs are also available on other, non-EVM blockchains, such as Solana, which has its own standard. The advantage of SFTs on Solana is that the minting fees are much cheaper.

So now we understand what SFTs are, let’s take a look at some of their use cases.

SFTs In The Real World

One of the best examples is RMRK’s Kanaria Eggs collection, which is hosted on Kusama. RMRK is an NFT protocol that was looking to raise money, and to do so it came up with the Kanaria collection. Unlike NFTs on Ethereum, these tokens don’t use smart contracts.

While RMRK never officially called its Kanaria Eggs “SFTs”, that is what they were when they first launched. The collection was a series of identical bird eggs that all sold for the same price. Once someone purchased an egg though, they had the ability to transform it by “hatching” it to reveal a unique bird. At this point, the SFT transformed into an NFT with its own characteristics, traits and value.

A slightly different take on SFTs is Monkey League’s Breeding Capsules. Monkey League is a play-to-earn football game that requires players to own an NFT monkey or rent one before they can start playing. One of the features of the game is that it’s possible to breed new NFTs that have their own, individual traits.

To be able to breed, players must first possess two monkey NFTs and then acquire a Breeding Capsule, which is a single use, tradable SFT. They play a key role in the breeding process, fuzing together the two monkey’s traits to create a brand new NFT that will be completely distinct from any other. In this way, the Breeding Capsule SFTs, which all cost the same price, transform themselves to become an NFT once the breeding process is complete.

The MonkeyLeague SFTs are different from RMRK’s Kanaria Eggs, which can be hatched alone, because they cannot be used without also having two parent NFTs to start the breeding process. In addition, the Breeding Capsules have a limited lifespan, as they must be used within 12 months, otherwise they’ll no longer work.

One last example is Genopets, the move-to-earn NFT game on Solana, which encourages players to keep fit by exercising along with virtual pets. Players are required to keep active and bond with their pets in order to earn crypto rewards.

With Genopet there are two kinds of SFT – Crystals and Seeds. Players are required to own one of each in order to mint a new Habitat, which is then used to grow a new NFT-based virtual pet.

As we can see from the above examples, SFTs provide developers with a lot of flexibility compared to standard NFTs, while still retaining their key advantages of being verifiable, indivisible and indestructible. No doubt, we’ll hear a lot more about SFTs in future as more projects begin to explore the benefits they provide.