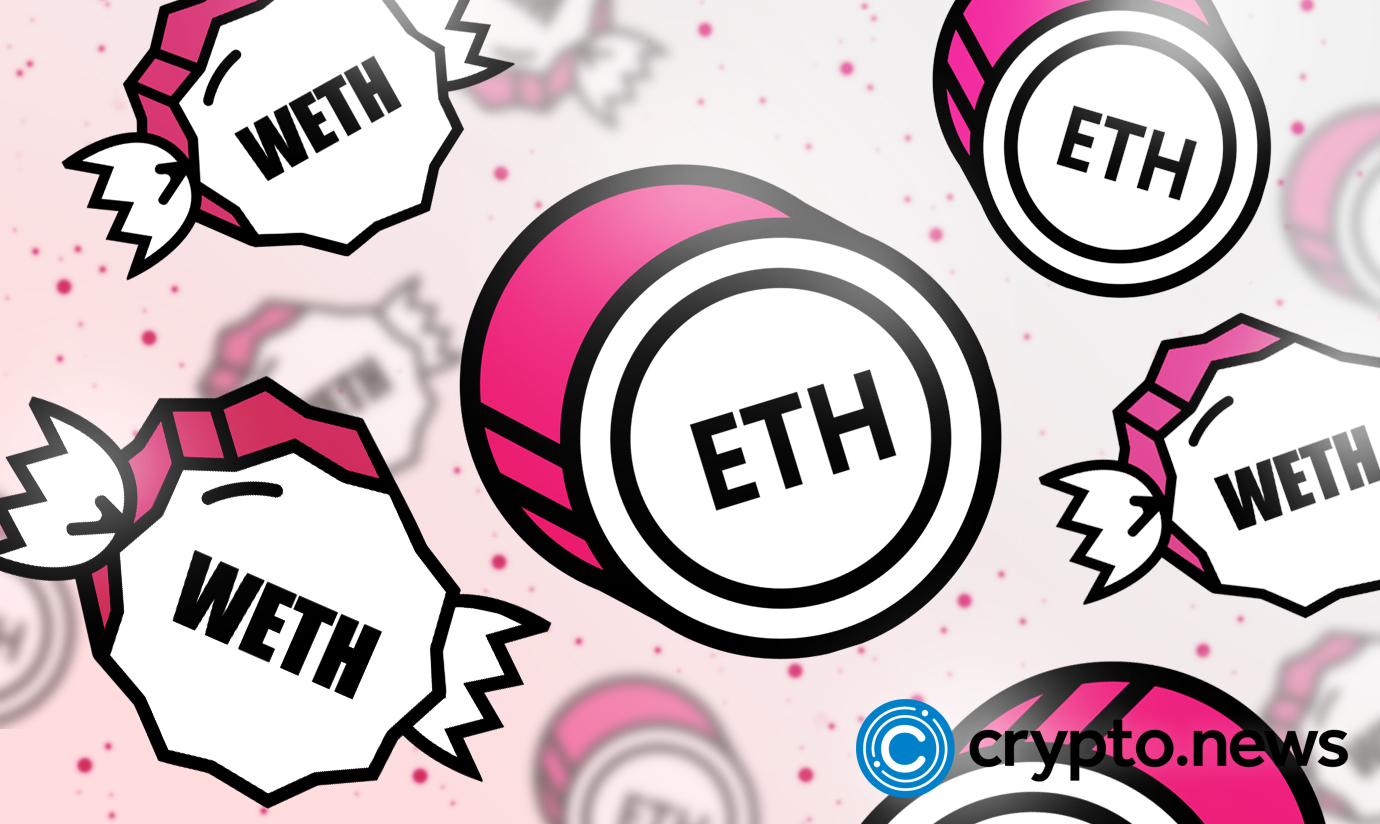 The catastrophic collapse of Terra blockchain’s LUNA and the subsequent troubles for holders of wLUNA were unprecedented. It sent chilling shivers down the spines of many holders of wrapped tokens in the blockchain world. And that’s how rumors start. Investors have begun raising questions about the tenacity of wrapped ETH(wETH), which has been subjected to a massive barrage of speculations that could impact investors’ uptake in the markets.

A brief on wETH

How does one tell apart facts presented by professionals and influenced by researched data from propositions done by armchair know-it-alls? How can one make a better-educated investment decision?

wETH is designed, for the most part, to function like any other wrapped token. A wrapped token is a tokenized version of the cryptocurrency on which they maintain a peg. wETH’s instances, it’s pegged to Ethereum, WBTC is pegged to Bitcoin, etc.

Thanks to the peg, the value of one wETH equals the value of one ETH. It’s also possible to unwrap the token at any point. wETH functions similarly to a stablecoin, only that ETH replaces fiat currencies like the dollar as its reserve asset. The token, just like stablecoins, should be redeemable for its original pegged asset at any time the investor chooses.

It’s time to go through all the major stories making rounds in crypto circles regarding wETH. Using facts and, where needed, verified professional expert opinion, the article shall attempt to verify the authenticity of each point in an educative manner. Below are the critical stories on wETH.

Perhaps the most familiar story and the one that would probably have the most significant impact is this particular one. Word is out that the ERC-20 token could be on the verge of a crash or going insolvent. If so, it would be very destructive to token holders since they stand to lose their hard-earned money.

There are two main reasons surrounding the claim that supports a potential collapse of the token. The first has everything to do with the saying ‘once bitten, twice shy,’ specifically concerning wLUNA.

Following the interest rate hikes by central banks worldwide to tackle high post-covid global inflation rates, speculative assets got a considerable battering. To be more precise, stocks and cryptocurrencies experienced the worst market conditions in decades, resulting in significant drops in their values. Stablecoins like LUNA collapsed since they could no longer maintain their peg to the dollar, and so did wLUNA.

The second point arises from the concern regarding worsening market conditions. Reknown Bloomberg economic authors Steve Mathews and Kyungjin Yoo wrote on the possibility of the US Fed aggressively hiking rates to 5%. That would undoubtedly see terrible conditions for wETH and every cryptocurrency and stock market worldwide, hence a cause for great concern.

The other side of the argument also has very valid points to dispute the possibility of a wETH crash.

First, wETH is pegged to the value of ETH and should thus mirror the price movements of its peg. Predictions on ETH don’t see the world’s second-largest cryptocurrency by market cap crashing or going insolvent, making any projections that affect wETH separately unfounded. The peg is held fast by the nature of the underlying smart contract, which accepts ETH in exchange for the ERC-20 wETH token and vice versa.

Second, the challenging economic times, as depicted by important bodies such as Bloomberg and the IMF predictions, have two characteristics. The first and probably most important is that they cut across every sector, not just for wETH, and should thus not be used as a justification to attack the token alone. They show a high possibility of worsening global economic conditions as central banks opt for more monetary tightening to ensure high inflation doesn’t get entrenched. Such policies would affect the entire financial sectors of all major economies and, thus, the whole world rather than just wrapped ETH.

Second, the predictions rely on the expectations that central banks will adopt monetary tightening to battle inflation. There are, however, other possible outcomes that could make such a strategy unnecessary. If the war in Ukraine that has drastically affected oil prices ends, inflation will go down massively. China adopting loser Covid policies would also boost global demand and logistics due to manufacturing output increments. All these are possible.

A rumour has been making rounds on the possibility of wETH being de-pegged. While not yet verified, it would leave holders of the token in a challenging position since the valuation could plummet severely.

A tweet by Martin Köppelman, the founder of Gnosis has hinted at a possible reason for the peg collapsing. He pointed out that the constant burning of ETH means that wETH is no longer fully backed. A bank run on the token is entirely possible, according to him.

Blockchain developer Cygaar also tweeted about the possible insolvency of wETH, and may have caused panic in Ethereum cycles.

Well, it turns out it was all a big joke. Cygaar’s tweet went on to say that he would be bailing out wETH holders at 0.5 ETH a piece, which seemed queer. Ethereum’s co-founder, Vitalik Buterin, also joined in the joke with this tweet;

Second, the fundamentals of wETH don’t hint at an inability to peg it to ETH, quite the reverse. Trading with wETH is significantly cheaper than with its underlying asset, about 20% lower, according to a DeFi analyst. High liquidity exchanges like DEX and Uniswap always wrap Eth to wETH before making the currency swap. Such reasons make the possibility of dismantling the peg very unlikely.

Wrapped ETH is a vibrant ERC-20 token that allows users to hold a tokenized version of ETH. The token’s value is equal to that of ETH at all times, thanks to a peg guaranteed by smart contracts.

Fears of the token crashing while ETH remains stable are largely improbable. If central banks go ahead with interest rate hikes, the token and all crypto markets, every stock market and the entire global economy could be in for tough times ahead. However, there are possible solutions that don’t involve rate hikes. A potential collapse of the wETH to ETH was just a highly unlikely joke.