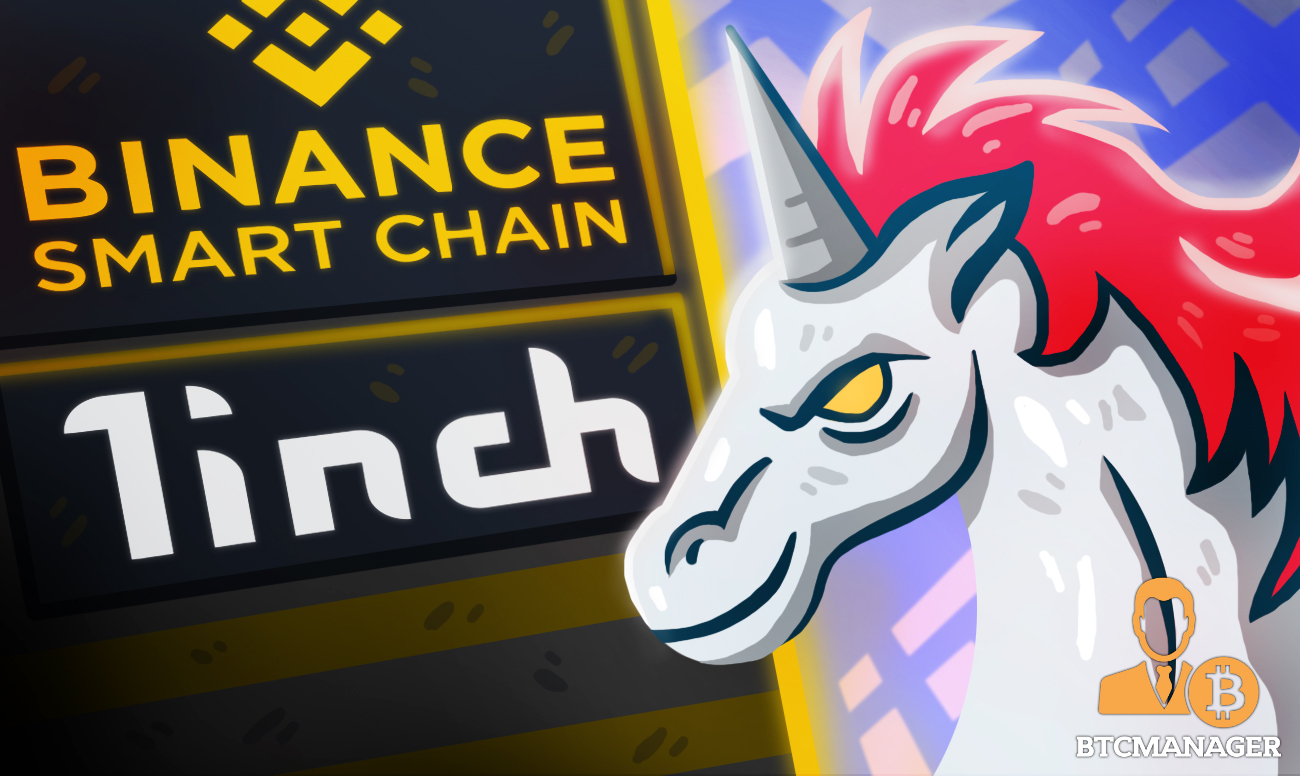 In a “natural step,” 1inch Exchange, the decentralized exchange (DEX) aggregator, is expanding to the Binance Smart Chain (BSC), as per an announcement on Feb 25.

Consequently, they are deploying the 1INCH token on the BSC, availing 1inch Aggregation and Liquidity protocols, including staking features, to BSC users.

Ten million 1INCH tokens will provide liquidity on the Ethereum-BSC Bridge. Notably, the total supply of the token won’t be affected.

Sergey Kunz–the CEO and co-founder, sees this as an opportunity for their product to be the largest DeFi dApp in the months-old BSC high throughput network. To spur activity, they are launching a BNB-1INCH liquidity pool.

In the next month, 0.01 percent of the token’s total supply will be distributed to liquidity providers. They plan to add more liquidity pool with time.

Their objective, in the long-haul, is to build more liquidity and presence in the BSC. With more participants, stakers will earn more rewards.

The 1INCH Governance and Utility Token

With the activation of V2 of 1inch Liquidity Pool (Mooniswap) that introduces the price impact fee to ensure higher liquidity and more rewards for stakers, 1INCH token stakers have more say in governance.

Besides, 1INCH tokens were airdropped to users who had previously interacted with the protocol token launch.

Their liquidity mining program, in six pools, is ongoing after extension by another four weeks on Feb 6. Six percent of the initial total supply was distributed as initial supply.

0.5 percent more were released because of their liquidity mining program.

Ethereum has a fee problem. According to trackers, the average Gas fee on Feb 25 stood at $20, halving from $38.

Compared to BSC, transaction fees in the first smart contracting layer—despite the density of DeFi projects and high adoption-are not practical.

BTCManager reports that Ethereum developers plan to active EIP-1559 as one way of lowering Gas. Other solutions include migration to Layer-2 and, at a later stage, a complete switch to Proof-of-Stake Serenity.