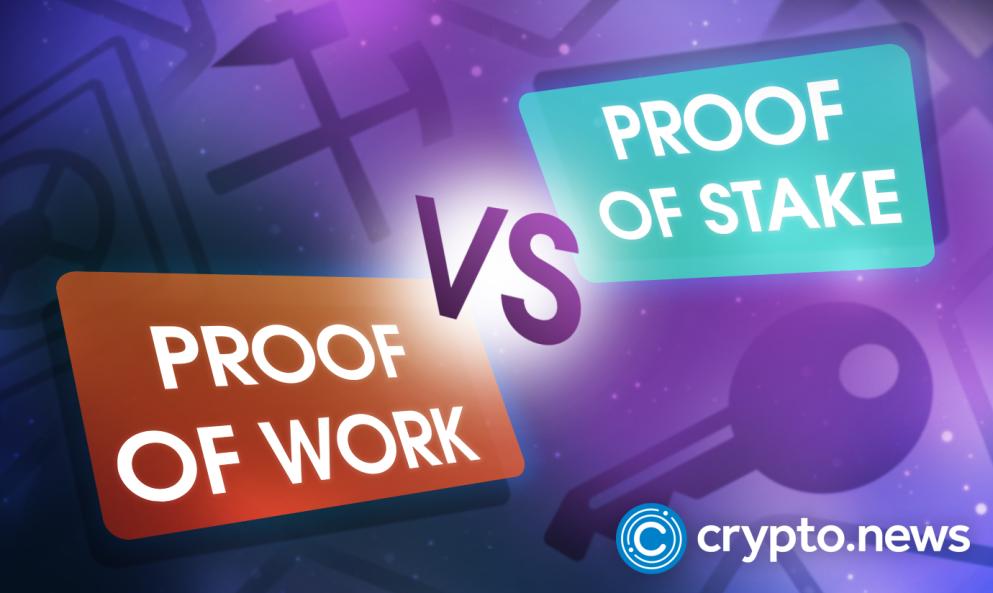 The recent migration by major crypto networks like Ethereum from the traditional PoW to modern PoS validation protocols informs the positive attitude evident in the market. Many experts predict that this shift spells not only good fortunes for investors due to better security for investments but also great environmental outcomes. The paper reviews some reasons why environmental conservationists should be excited going forward, expecting that more networks will soon follow suit. First, we look at the characteristics of PoW algorithms to help appreciate the new protocols and what they mean for a sustainable environment without dangerous emissions.

Proof of work (PoW) which relies on solving computational problems to create new blocks and validate them, presents environmental setbacks that receive a lot of backlashes. The strategy demands that mining entities expend extreme energy in high hash rates to prove their involvement in generating solutions that trigger block generation. Here, participants invest in complex computer systems that can sustain the extreme processing needs when dealing with the increasingly difficult mining algorithm.

The creation of mining pools that collectively share the computational burden involved creates high power-consuming units that demand optimal operating time. Consequently, the reliance on fossil fuels has steadily increased with the increasing participation of new nodes in blockchain networks over the years. Such energy needs present a risk to the environment by escalating the carbon footprint left by the entities.

Proof-of-stake (PoS) protocols work on a different mode of operation where validators in a blockchain network place their coins into the network to help validate new blocks. Each validator is a candidate for selection by the network’s algorithm to create a new block for every cycle involved. The block is sent to peers, who then give consensus to confirm it as a valid addition to the chain. Only a majority of the participants can approve the new entity based on the 51% consensus rule that allows users to confirm the block independently.

The election of nodes to become block validators relies on various strategies that attempt to create democracy without giving some members clear advantages. First, coin-age, the length a user’s stake has gone without selection, increases the chances of getting the spot. Additionally, the weighted combination based on hash rate and stake amount determines successful candidates. Validators whose blocks get majority attestation indicating validity receive extra coins to their initial stake as a reward for their contribution to the network.

Reasons Why PoS Is Eco-Friendly

The following reasons explain why the PoS algorithms are great for the environment:

No need for complex equipment

The PoS protocols run on simple networked devices that can perform normal computer processing tasks. Such components are highly efficient with no additional energy requirements that necessitate high demand for fossil fuels. In contrast, PoW requires mining technologies that only run on high-power machines that can quickly compute the problems. Reduced complexity means that the new systems work with domestic power needs instead of the industrial power requirements presented by PoW systems.

As stated, PoS systems rely on the various aspects of staked tokens and random validator selection to facilitate the initiation of new blocks. On the other hand, PoW systems rely on the computational hash rate by miners to determine who adds which new blocks to part of the chain. Consequently, the new network formation means that more independent peer nodes will join the network instead of becoming part of mining pools. Decentralization from said energy-intensive mining pools creates small power-efficient nodes with minimal energy needs, thus conserving the atmosphere.

PoS protocols do not reward users for expending high energy used up to compensate for their work in mining new coins for the network. Instead, there are small additions to their stakes while eliminating them from the immediate next round of validation processes. Consequently, there is zero competition to expend extreme energy when validating blocks in the new system, thus reducing dependence on fossil fuels.

PoS networks implement security protocols that protect the blockchain against malicious block validators by using different effective methods. One way is by reducing the stake of nodes involved in validating the wrong blocks. Another way is the complete removal of those taking part in 51% of network attacks for selfish reasons. In contrast, PoW miners misuse the 51% consensus rule by establishing energy-intensive pools to influence consensus towards their interests with little consequence. Such collaborating entities exist in fossil-reliant countries like China, where they leave behind a staggering carbon footprint that accelerates global warming.

The piece investigates the glaring differences between PoW and PoS validation methods, whose environmental outcomes are like day and night. The superiority of PoS algorithms is evident in their ability to undermine the centralized nature of PoW efforts by giving equal competitive opportunities to each node. The PoW systems allow mining advantages to entities that can afford expensive computational power for extreme hash rates at the expense of the atmosphere. However, the new protocols revert to domestic level power requirements for every validator node, thus mitigating the risk of high carbon emissions.