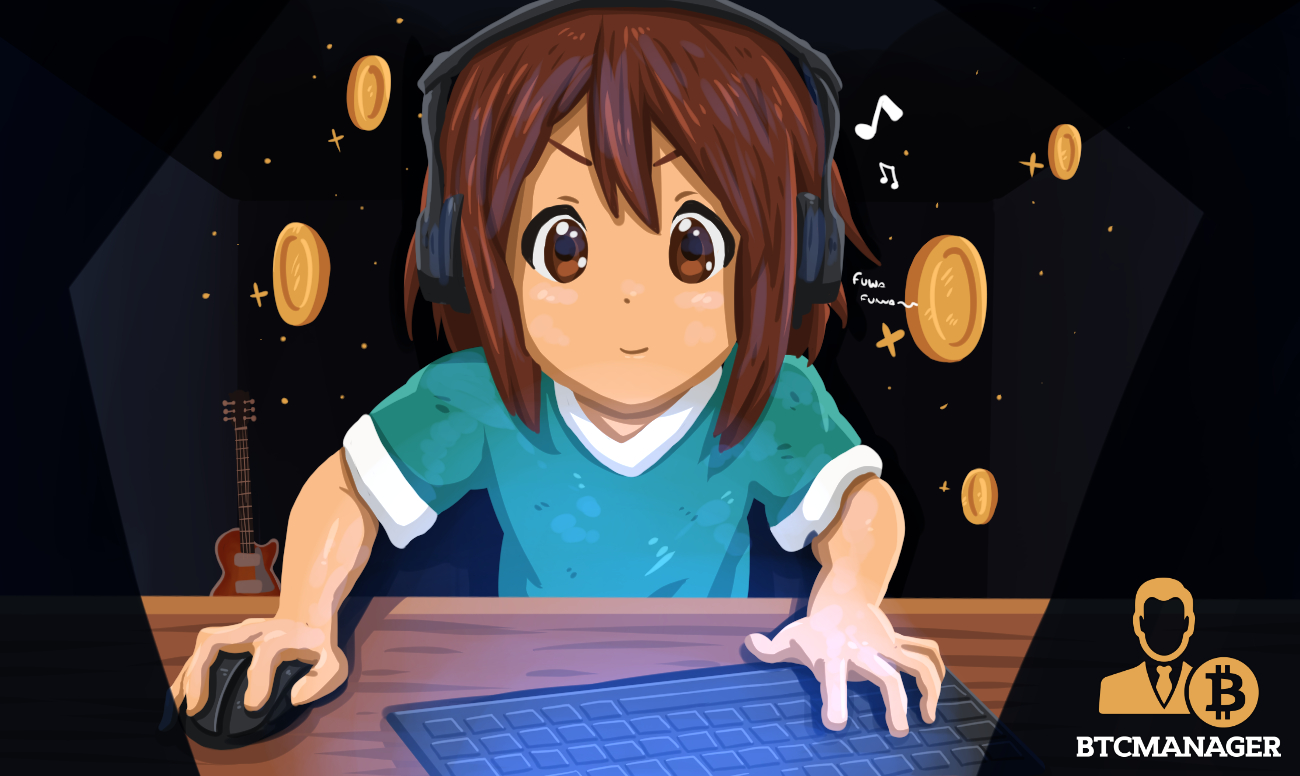 Naomitsu Kodaka, the CEO of Tokyo Otaku Mode Inc. believes that cryptocurrencies have great uses as a cross-border digital cash service for smaller communities like hobbyists in the anime, manga, and game industry.

Crypto Geared to the Gaming Community

The goal is to target otaku (geeks) with an Otaku Coin, a coin that will help people within the community build closer relationships and exchange assets with one another. “We think this is going to be quite an experiment,” said Kodaka, in an interview in April.

Kodaka currently runs Tokyo Otaku Mode which includes an online store that sells collectibles and novelty items related to manga, anime and video games. Kodaka plans to launch the coins in the Summer of Japan and intends to ensure that the coins have a fairly stable value. The Otaku tokens will be listed on cryptocurrency exchanges which will be the primary channel to purchase the coins.

The Otaku Coin currently has a preparation Committee. They designed the coin’s blueprint and is currently exploring different approaches to ensure the price of the Otaku token remains relatively stable. Unfortunately, Kodaka, a former banker from Merrill Lynch, and the chief financial officer from Gaiax Co mentioned that the complete details could not be openly discussed and disclosed at this point.

The Committee will retain 39 percent of the coins which should cover operational costs. Experts in cybersecurity, accounting, and digital money have advised the committee to work out a valid system for their Otaku Coin.

Cryptocurrencies Spread on a Community-wide Scale

“When you think about how cryptocurrencies can spread, I think it won’t be on a countrywide scale…it will be on more of a community-wide scale,” said Kadaka. “I think it is worthwhile to have an Otaku Coin that anime, manga and game fans can use. There can also be, for instance, a Sake Coin for sake lovers.”

Since cryptocurrencies can be easily traded across international borders unlike fiat currencies, they can quickly become the go-to choice for payments for large multinational communities. Kodaka believes that coin may be a tremendous hit because of the expectation to move toward a blockchain system.

“We believe that blockchain will be more commonly used in society,” said Kodaka. “It’s like how the internet has come into our lives.”

Otaku Coin: Medium of Exchange and Voting Ballots in One

In addition to the cross-border payment services, Kodaka is looking to launch a voting platform to help creators pitch and discuss their projects in the anime, manga and gaming industry.

The Otaku coins will, therefore, have a two-fold purpose. They can function as a medium of exchange but can also serve as voting rights. The number of ballots a user can vote is equal to the number of coins they hold. However, to prevent centralization the number of coins counted toward votes will be capped.

“I really like the concept of running a voting system via blockchain,” said Kodada. “It would also facilitate content production (in anime, manga, and game industries) while making fans feel they are more involved with the process.”