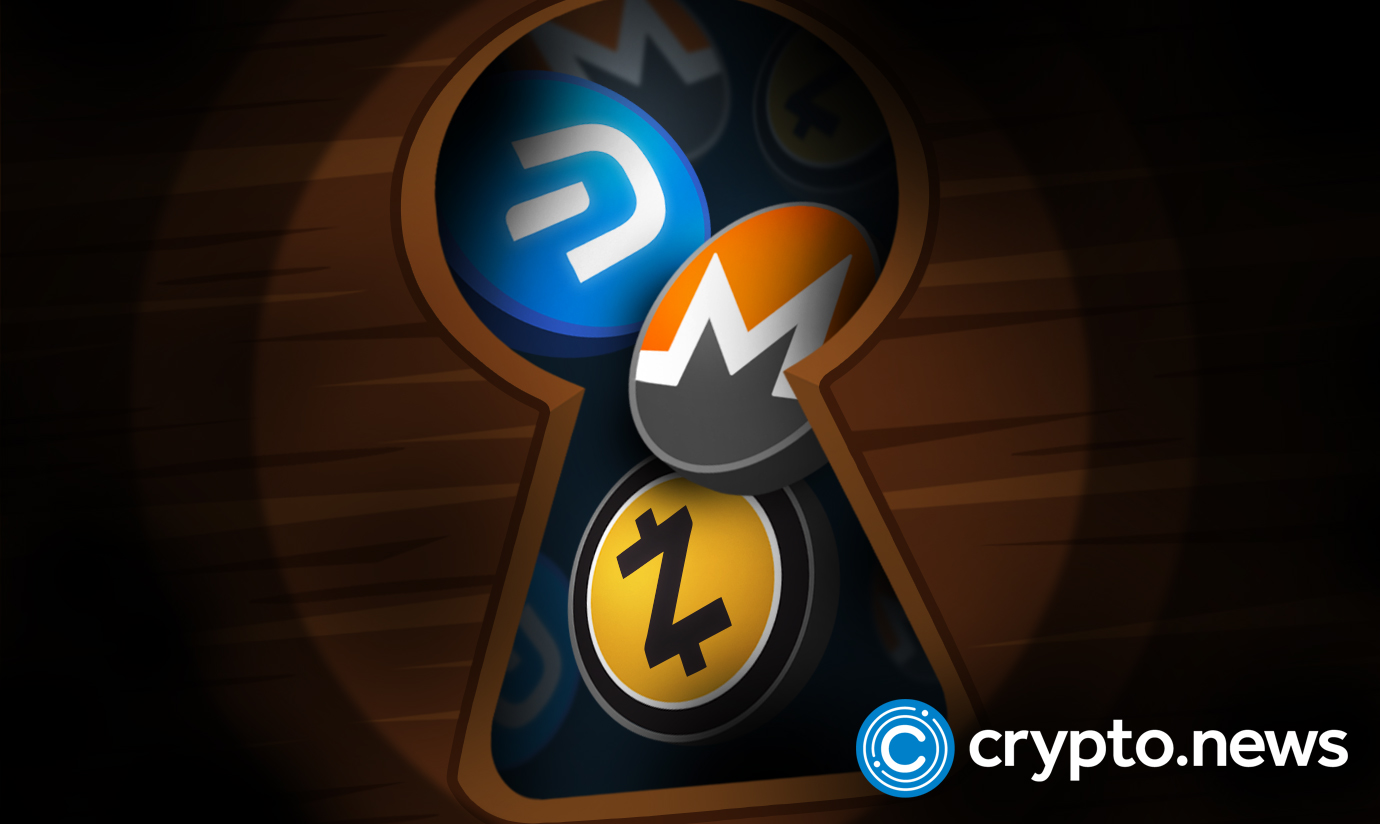 Cryptos have become well-known due to several reasons, including privacy and anonymity. Some of them assist users in hiding their identities and transactional information. Users are looking for alternative solutions as concerns about the anonymity of early cryptos, like Bitcoin, grow.

How Do Private Coins Operate?

When the mechanism protecting your privacy is removed, privacy coins resemble digital currencies like bitcoin. They run on blockchains, distributed ledgers, and are upheld by a system of unidentified validators. What sets privacy coins apart from the competition is their cutting-edge privacy strategies. Zcash and Monero are the two biggest privacy coins in market capitalization.

Dash was first launched as “Darkcoin,” crypto that prioritized privacy, but it changed its name and chose to shift its focus to digital payments in 2015. According to CEO Ryan Taylor, dash should not be considered a privacy coin despite the project’s own branded coin joining feature.

One of the few privacy coins that are private by default is Monero. You cannot disable its privacy features, in contrast to Zcash. Monero employs “stealth addresses” for each transaction that are only used once, “ring signatures,” which combine new and old “decoy” transactions to make it difficult to determine which transaction is genuine, and “ringCT,” which conceals the amount of Monero delivered in a transaction.

Transparent transactions are also possible with Zcash, a privacy coin. Zero-knowledge proofs are a type of mathematical computation used in private transactions that let the network know something is true—such as the legitimacy of a transaction—without disclosing more details, including the addresses and transaction amounts.

Why Are Some Cryptos More Private Than Others?

By far, Bitcoin is the most well-known crypto. Perhaps the least private of the well-known cryptos is this one. A public blockchain ledger serves as a record of all bitcoin transactions and links them together.

Transaction amounts and matching alphanumeric IDs are both recorded. Although wallet addresses may help you remain anonymous, they won’t if someone can connect your wallet address to your known identity.

Similar problems plague Dash and Bitcoin. Both employ systems created to “mix” transactions to protect their anonymity. “When you want to make a payment, find someone else who also wants to make a payment and make a joint payment together” is a simple, non-technical explanation of how transaction mixing operates.

A mixing technique similar to the one used by CoinJoin for Bitcoin is used to anonymize Dash transactions. The issue is that “master nodes” are necessary for Dash’s anonymization mechanisms to function quickly. According to “Master the Crypto”:

Despite the technological similarities between Verge and Bitcoin, Verge is much less popular than Bitcoin; thus, there are less data to sort through if you’re trying to find a specific transaction.

One of the cryptos that implement privacy the best is Zcash. Zero-knowledge Succinct Non-Interactive Argument of Knowledge, or zkSNARKs, encryption technology, is used to protect the currency. In a document posted to GitHub, Christian Reitwießner discusses the specifics of zkSNARKs.

Because new analytical tools are always being created, and computers may one day become powerful enough to penetrate modern encryption methods, labeling privacy coins as really private are challenging. Nonetheless, they have proven to be durable under current encryption technologies.

Law enforcement authorities are eager to break Monero transactions to identify criminals using the network. The IRS promised $625,000 to anyone who could hack the network in September 2020. CipherTrace has submitted a patent claiming to have cracked the network, but the Monero community disputes its claims.

How to Purchase Them

Private cryptos are difficult to obtain because they are unavailable on the Coinbase app or Coinbase Wallet. However, here are some pointers to assist you in selecting a Bitcoin Private purchase option that works for you.

1. Check CoinMarketCap to learn where and with what currencies you can buy Bitcoin Private.

In this view, you will find a comprehensive list of where you can buy Bitcoin Private and the currencies you can use to do so. Under “Pairs,” you’ll notice the abbreviation for Bitcoin Private, BTCP, and another currency. The second money can be used to purchase Bitcoin Private. If you want to buy BTCP using a US dollar, look for BTCP/USD.

2. Select a platform for your purchase.

Different systems have varying degrees of security, dependability, and liquidity. Do your analysis before opening an account.

3. Make your purchase on the platform of your choice.

Every platform operates uniquely. Some platforms are relatively simple to use, while others are not. Purchasing crypto with fiat money, such as the US dollar, will be easier than buying it with another crypto.