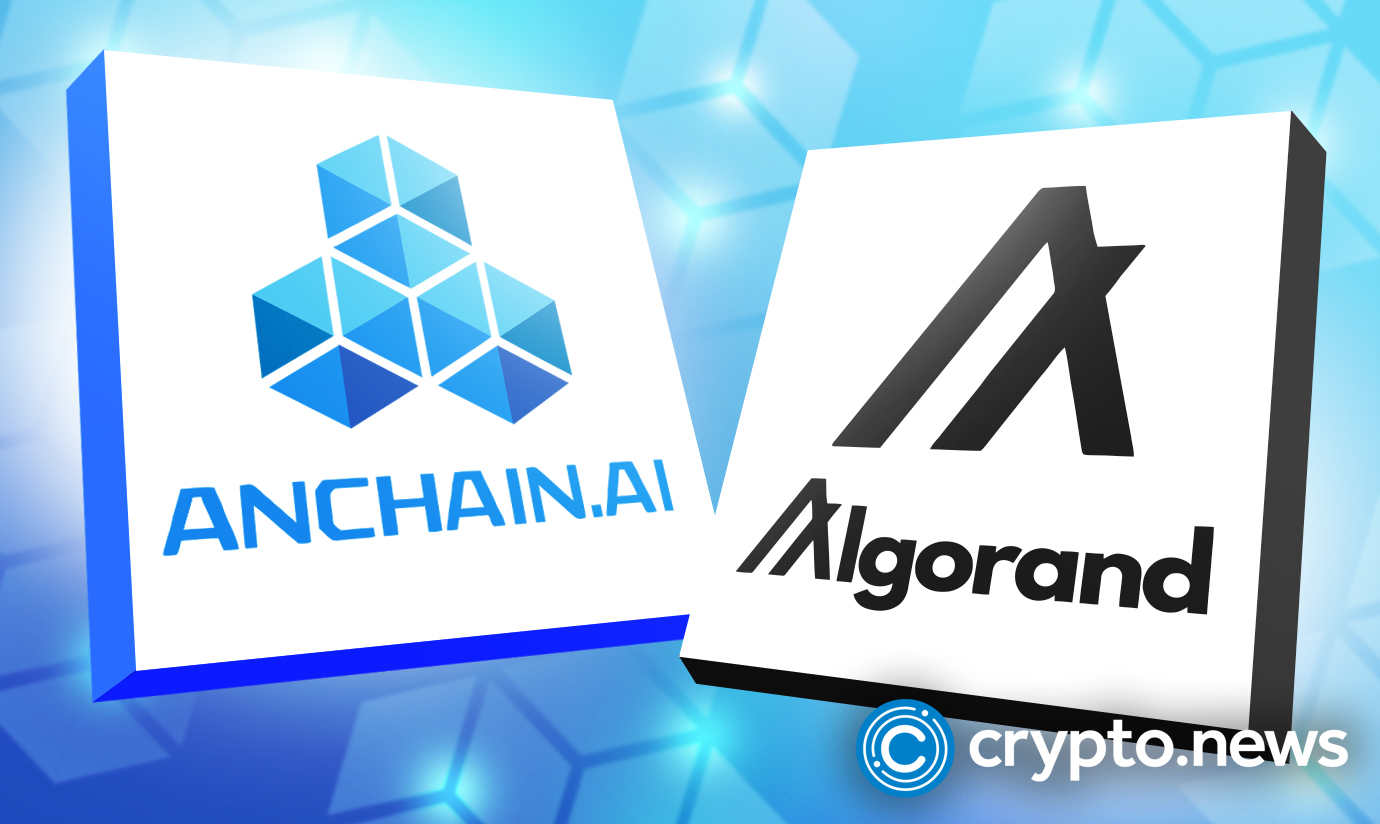 Algorand (ALGO) has signed a partnership deal with AnChain.AI.With the new alliance, the platform’s developers can now take advantage of AnChain.AI’s artificial intelligence-powered Web3 risk and payment fraud prevention system, according to a press release on October 10, 2022.

Algorand (ALGO), a distributed ledger technology (DLT) platform that claims to be the world’s most powerful and sustainable blockchain, has joined forces with AnChain. AI, to make Web3 solutions and decentralized applications on the Algorand network more resistant to attacks. Algorand is one of the most energy-efficient blockchain networks and have been striking valuable partnerships in the past few months.

Per a press release by the team, the collaboration now makes it possible for Algorand developers to access the carbon-neutral blockchain network within AnChain.AI’s web3 risk prevention and security platform.

In the same vein, the team says the integration with AnChain.AI is expected to further combat payments fraud and make Algorand-based solutions more compliant with the status of the Financial Action Task Force (FATF)

“As the rails for the financial system continue to adopt blockchain technology, more effective technologies such as Algorand call for more effective risk management. AnChain.Ai’s powerful artificial intelligence and Web3 analytics suite will empower the developers of tomorrow to meet this institutional demand.”

Even though most blockchain-based digital currencies are not suitable tools for money laundering activities due to their poor anonymity features, there have been quite a number of these ugly incidents of late, and decentralized finance (DeFi) platforms remain juicy targets for hackers even with the ravaging crypto winter.

With Algorand now integrated with AnChain.AI, the team has made it clear that the over 26 million wallets and 100s of millions of transactions on the Algorand “FutureFi” blockchain are now monitored in real-time for suspicious activities and fraudulent transactions.

What’s more, Algorand users and developers can now have access to AnChain.AI’s cutting-edge Web3 security and intelligence solutions, enabling them to enhance their decision-making processes and incident response, while also being able to bring to life applications with risk prevention capabilities.

Algorand says it strongly believes that its latest integration with AnChain.AI is a significant milestone that further positions it for long-term success and effectively solidifies its status as a blockchain ecosystem dedicated to sustainable and robust solutions development.

Launched in June 2019 by Turing Award-winning cryptographer Silvio Micali, Algorand claims to handle up to 6,000 transactions per second (TPS) with immediate finality and negligible energy consumption.

Algorand’s low transaction fees and energy-efficient nature has enabled it to attract a good number of high-profile adopters since its launch.

In May 2022, the world soccer governing body FIFA signed a strategic agreement with Algorand, making the latter its official blockchain partner.

Algorand’s native ALGO token is the 29th-largest cryptocurrency in the world at press time, trading at around $0.3179, with a market cap of $2.58 billion.