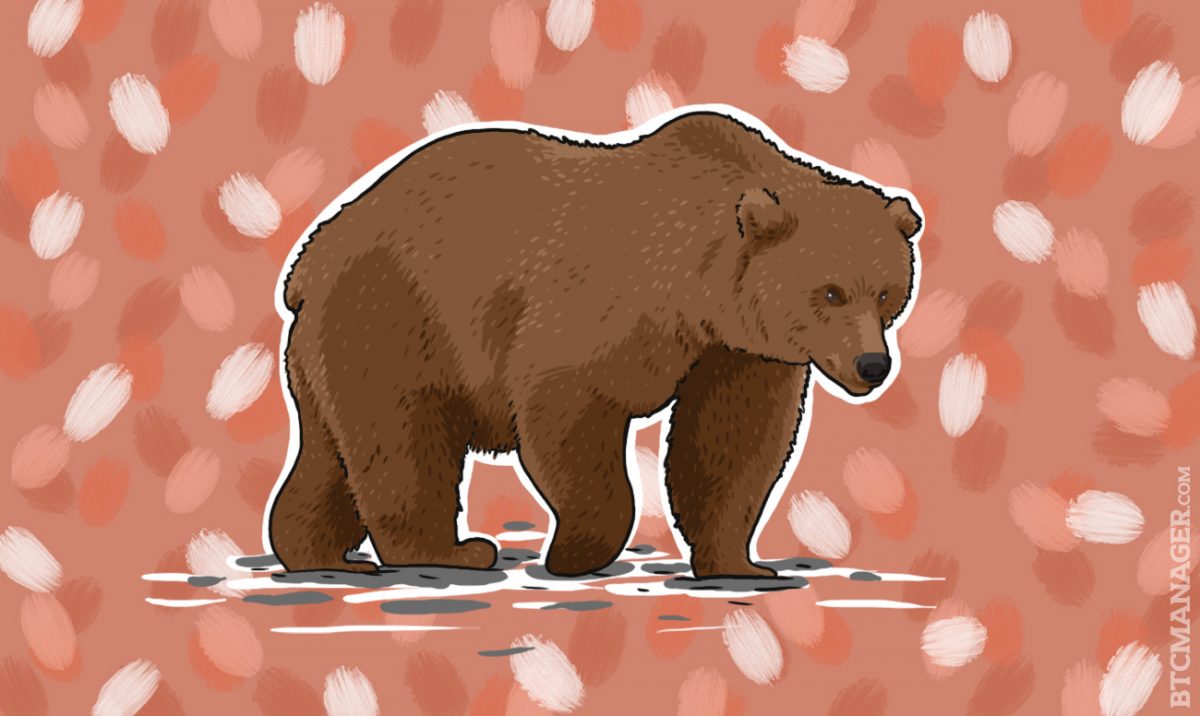 Holding Altcoins these days is not much fun. The bubble pops, prices are in freefall, and the blood is flowing. Nearly every Altcoin lost 20 percent or more in last days. When will the bleeding stop?

Ouch! Whoever holds a lot of Altcoins might not like to look at the charts. Strong Altcoins like Ether, Dash or Litecoin, new coins like Siacoin, Stratis or Iota, or tokens like Iconomi, Golem and WeTrust – it doesn’t matter. Everything goes down. And down. And down.

Red numbers all over. Charts by coinmarketcap.com.

This chart shows the market capitalisation of the 13 biggest cryptocurrencies. All are deep in the red. While Bitcoin does not that worse and only loses seven percent, nearly all other coins take a two digit hit. The biggest losers in the top ten are Iota, Ripple, Ethereum and NEM. Their market cap has shrunk by more than 20 percent.

But that is just the beginning. Things turn even more ugly if we move down the chart and look at the ranks 11 to 27:

Holders of coins in this group can be happy if the loss is only in the 20-something percent range. Most coins are hit harder. EOS, BitShares, Stratis, Steem, Veritaseum, Siacoin, Bytecoin, Bytecall, Iconomi – all these coins experienced a value reduction of more than 30 percent. It’s like the Grim Reaper cuts down the lawn of the altcoins and trims them all.

Ether and Stratis: Plenty of Room to the Downside

Let us have a closer look at two of the biggest losers of the past few days, ether and Stratis:

This chart shows the price of Ethereum’s cryptocurrency over last three months. You see that ether peaked mid-June just above $400 and then fell to less than $200. It has already lost more than 50 percent from the top. This could indicate that the ether bubble has already inflated for the most part.

However, you should also recognize that $200 is still twice as much as $100, a number ether first broke in May 2017. And those $100 is still five times as much as the $20, from which ether started to tank in March. So there remains the potential for a more depreciation way further down the road.

Stratis was the coin which maybe has been most heavily shaken by the bubble mechanics. At the peak, in early June, one single Stratis was worth $10. After a series of hard drops, Stratis is valued at $2.50. After losing 75 percent, you should assume that Stratis is close to finding a bottom.

However like with ether you need to compare the current price to that of the last months. And here you recognize that the price is still twice as high as in May, and that the $1.20, Stratis had in May, is twelve times as much as the 10 cents it had in March. So, the potential to go down is even bigger than with ether.

Both examples demonstrate that cryptomarkets are not normal. When they bubble and crash, they do it in a way more extreme fashion than, for example, security markets. Imagine, the Dow Jones loses 20 percent. This would be a major crash, another Black Friday, introducing a new global financial crisis. For crypto, this free fall could be just the prelude of the real crash.

It’s not possible to say when the crash ends and when the markets touch the bottom. Nobody can do. Maybe things already reached the bottom, maybe they still have a long way to fall. But there are some observations which might help to assess the situation better.

The first observation shows the chart with the cumulated market capitalization of all cryptocurrencies. You see a bubble, which is in a proceeded state of popping. But there is still room to fall further:

Between April 24 and June 18 the market cap of all cryptocoins jumped from $30 billion to $115 billion. Between June 24 and July 11 it fell from $115 billion to $77 billion, losing roughly 30 percent of its value. That’s a heavy drop. But the rise that preceded it was significantly stronger.

Currently the market cap of the crypto economy is still three times as large as in April, and the $25 billion from April have been twice as large as the $13 billion in January. There is potential to drop further, but not as much as with ether and Stratis.

The orange chart shows the share of Bitcoin, the dark blue of Ethereum, the turquoise from Ripple, and those below other major coins like Litecoin and Dash.

In April, Bitcoin represented around 65 percent of the value of all cryptocoins. And this was already a low rate, as in December and January it was more like 85 to 90 percent. With the boom of the Altcoins and the growing concerns about Bitcoin either not solving his block size problems or getting shattered in a controversial fork, the share of Bitcoin dropped heavily. In mid of June – at the peak of the Altcoin bubble – Bitcoin’s share fell to 38 percent, while Ethereum, in full bubble mode, was only a few percentage points away from replacing Bitcoin as the major cryptocurrency.

After the bubble started to inflate, Bitcoin gained again shares of the market. Today it is at roughly 50 percent. That’s still a lot less than the 65 to 70 percent which seems to be normal.

The third and final observation is about the number of coins with a market cap above $1 billion. Despite the heavy drops, there are currently still seven coins with this value; Bitcoin, Ethereum, Ripple, Litecoin, Ethereum Classic, Dash and NEM. Consider, that ether broke this point for the first time in January, Ripple in April, Litecoin in May and Dash only in June. Until some months ago, only one or two coins had a billion dollar market cap. That there are still seven coins in this valuation class, could be an indicator, that the bubble has not completely inflated by now. Except, something fundamental changed.

All in all, you can conclude, that today, July 11, is the best day since June 15 to buy cryptocurrencies. They have not been that cheap since then. However, it could be worth sitting back and watching for a few days, before you buy.