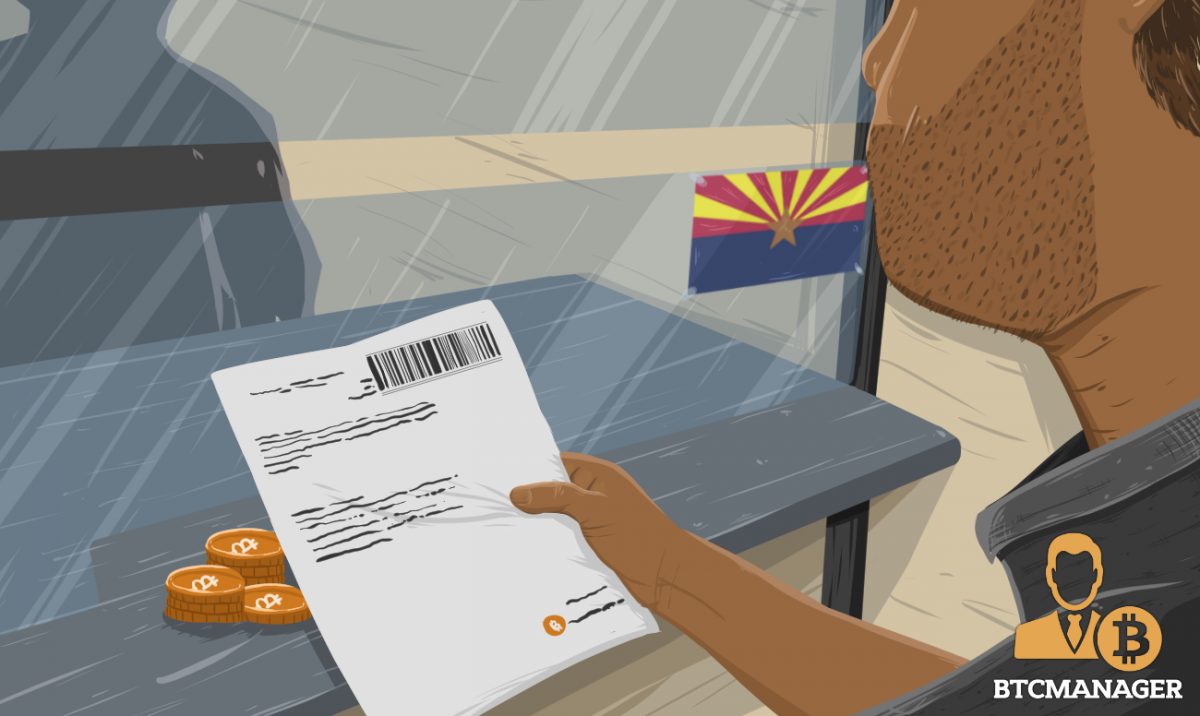 The State of Arizona may soon allow people to pay state taxes using bitcoin, the popular cryptocurrency. This news arrives after a few bills are up for consideration in the State’s Congress.

Paying Taxes in the Digital Era

According to Jeff Weninger, an Arizona State Representative, there are currently a number of bills on the floor of the Arizona Congress that deal with the issue of bitcoin and other cryptocurrencies.

One such bill has to do with the legal status of bitcoin in the state of which means getting it recognized as a currency instead of a commodity. Another would give Arizona residents the opportunity to pay their taxes in bitcoin if they so choose.

Weninger, who is a co-sponsor of the bitcoin tax bill, expressed optimism with the progress so far and stated that the bill has already passed the State Senate Finance Committee.

The representative believes the legislation will make it easier for people to pay taxes by leveraging the power, efficiency, and simplicity of bitcoin transactions into the process of paying taxes.

Opinions on the proposed plan have been split with proponents and opponents arguing for and against the move. Jack Biltis, the president of Tag Employer Services, a payroll company situated in the Phoenix Area, believes the move is a step in the right direction. Jack Biltis is a Bitcoin enthusiast, and his company even pays his employees via bitcoin. Also, employees of the company are allowed to invest a portion of their 401(k) into bitcoin and other cryptocurrencies.

According to Biltis, the current framework of the banking and credit system is flawed and not efficient enough to support the digital age. With the rise of fintech, solutions that are more sophisticated are required to support the emerging digital environment.

Steve Farley, the Arizona State Minority Leader believes the bill puts an enormous burden on taxpayers considering that the virtual currency is relatively untested and could crash at any time. Farley also went further to state that the there is no need to introduce another tax payment vehicle when the US dollar is still in operation. He faulted the overall spirit of the initiative, condemning the role of “special interest lobbyists” in the American tax system.

Governments at various levels all across the globe appear to be developing means to integrate blockchain technology into administrative activities of governance.

From identity management systems to document processing and even transmission of classified information, the innovation is powering the activities of government in many places around the world.

If the proposed tax bill is passed into law, then citizens of Arizona could potentially start paying taxes via bitcoin by the year 2020. This projection comes three years earlier than the earliest estimate by the World Economic Forum as to when governments would begin to collect taxes via a blockchain.