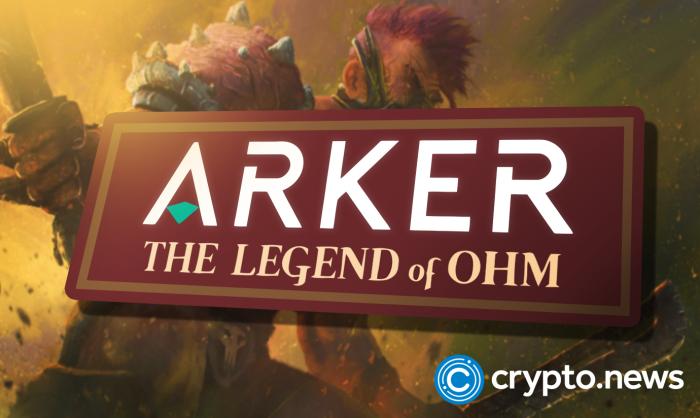 Arker, a multiplayer and strategy game on the highly scalable BNB Chain, has announced the launch of a redesigned version of its flagship game, Arker: The Legend of Ohm, as per a press release on August 16.

The Re-Launch of Arker: The Legend of Ohm

The launch of the revamped Arker: The Legend of Ohm follows a year of continuous innovation, game improvement, and growth across its team, marketing, and partner campaigns.

The release of the fully redesigned 2D game introduces new experiences for players. Specifically, Arker has said the re-worked Arker: The Legend of Ohm to interact in a fully-fledged, playable metaverse currently in alpha.

Therein, they will be free to follow the exciting gameplay laid out by the game developers, discovering battles and exploring the vast Kingdom of Ohm.

In the game, a player can control a hero with his pet as they seek to regain control of the Kingdom while navigating through a world full of what the game developer says are “strange monsters”.

However, to make the game more exciting, the hero doesn’t fight alone. Instead, the game is designed such that the play must forge alliances with other clan members, forming a team.

As a multiplayer game, Arker provides players with PVE and PVP options. This way, players can combine skills, equipment, runes, and even characters, enhancing their experiences. For every milestone achieved, the player is rewarded with valuable digital assets.

Arker Releasing the 3D Alpha Version of the Legend of Ohm

Alongside the release of the improved 2D game, Arker also unveiled the release of its highly anticipated, cross-chain 3D version of its flagship game. The 3D version is built on Unreal Engine 5, bearing superb graphics.

We have to emphasize the point that we are not neglecting the current 2D version or the progress of the players in it. We also have to make clear that the 3D version we are working on for this year is an alpha version, in which the game will be tested in a controlled way.

Nonetheless, the 3D game will be richer and have more innovative features. Besides additional content, the 3D version of Arker: The Legend of Ohm will have more guests and mini-games. Furthermore, players will be more flexible and freely visit key landmarks in the city of Ohm and even enter buildings. In the future, Arker will allow players to acquire land where they can set up businesses, earning passive income.

For their innovation and design to make blockchain gaming more interactive, Arker is among the first blockchain games to be part of the Nintendo Switch.