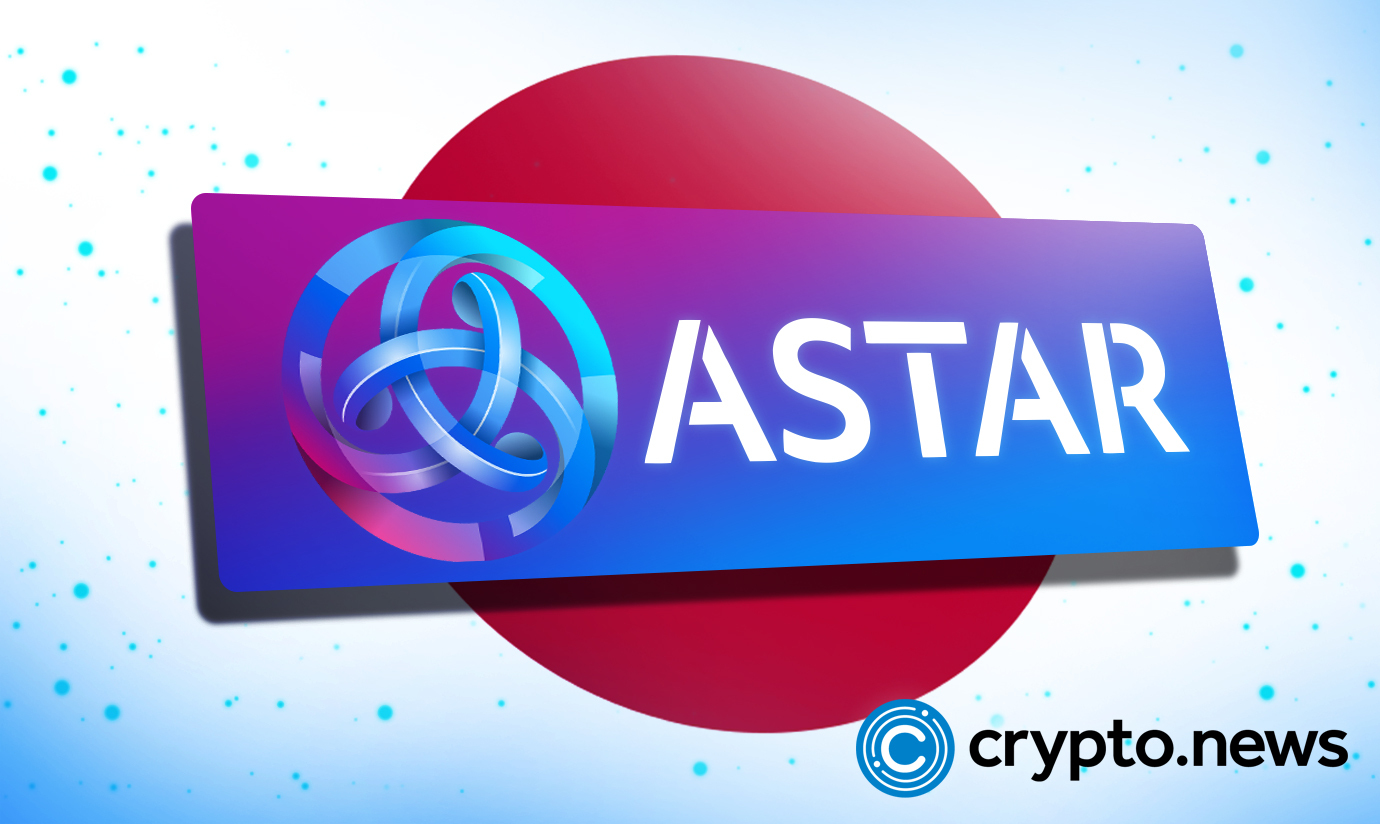 Asia has a thing for web3. Following a skeptical start, web3 technology is now finding favor with leading tech nations across the region. South Korea and Japan have been leading the charge, with the pair’s governments having the perspicacity to recognize a major growth industry when they see one.

Japanese tech companies, working in tandem with local and national government officials, are on a mission to accelerate web3 adoption, spotting the potential it holds to foster a new data-driven economy. In a post-manufacturing society, web3 is increasingly seen as an untapped industry whose best years lie ahead.

If the vision of a self-sovereign, high-privacy, high-security, non-censorable internet comes to pass, web3 will change the fundamental way we interact and transact. As this narrative has taken root in Japan, one blockchain has emerged as the onramp to most of what’s happening in web3: Astar Network.

The term web3 was famously coined by Polkadot creator Gavin Wood in 2014, and thus it’s fitting that Astar, a project with one foot in the Polkadot ecosystem, should have come to be synonymous with web3 in the east.

As a multichain smart contract platform, Astar Network supports the Ethereum Virtual Machine (EVM) and WebAssembly (WASM). Solidity is an unforgiving language for web2 developers to acclimatize to; Astar’s WASM implementation negates the need to master it altogether.

For all its flaws, Solidity remains deeply embedded in web3 due to Ethereum’s unrivaled network effects. It will take time for the industry to transition from EVM to WASM. In the meantime, Astar fulfills a vital role, enabling developers to deploy smart contracts with relative ease. Given the number of web2 businesses believed to be pondering a foray into web3, EVM-WASM compatibility will be needed to bridge the gap between current and future internet.

That may be the technical case for Astar finding itself at the vanguard of the web3 movement, but it doesn’t explain why the decentralized network is doing so in Japan of all countries.

Few blockchain companies understand the Japanese market quite as well as Astar. It’s the stomping ground of CEO and founder Sota Watanabe, and his connections run deep. As one of the country’s best known crypto entrepreneurs, Sota is everywhere in Japan. He has friends in high places, support on the ground, and industry contracts who are only too happy to pick up the phone.

While some CEOs are content to publish the odd thought leadership piece and hope it’ll generate a lead from a potential partner, Sota Watanabe is more proactive. Over the last few months, he’s been touring Japan, pressing flesh, inking deals, and seeing first-hand the motivations and concerns of business leaders tentatively eyeing web3.

The result of all this has been some impressive partnership announcements and capital commitments that have thrust Astar Network and web3 into the spotlight across Asia. The crowning achievement has been a pledge by Japan’s largest telecom operator, NTT Docomo, to invest $4 billion to accelerate web3 adoption in the country. Its choice of partner to implement this bold initiative is, naturally, Astar Network.

Other Japanese corporate giants have been taking heed; a web3 accelerator lab set up under the Astar banner has attracted SoftBank, Mitsubishi Bank, Sumitomo Bank, Dentsu, and Hakuhodo.

Japan places faith in the next web

It’s not just Japanese tech companies that have pledged their support for web3; the national government has also gotten involved. The first internet revolution – web2 – largely passed Japan by. While the US and China were churning out tech unicorns, Japan was forced to watch from the sidelines. This time around, it’s keen not to miss out on the next tech cycle.

On November 2, meanwhile, the Digital Agency of Japan unveiled a research DAO for studying web3. The DAO will help the government develop an understanding of what such organizations can achieve and identify their limitations. A month prior, the country’s second-largest port city, Fukuoka, collaborated with Astar Japan Labs for development of new use cases around web3 technologies.

On the cryptocurrency side, too, greater clarity is coming. The Japanese Virtual and Crypto Assets Exchange Association is aiming to make it easier for authorized exchanges to list digital currencies through loosening the screening process.

As US regulators dither, wrapping the blockchain industry in red tape while failing to dispense anything in the way of regulatory clarity, nimbler nations are stealing a lead. While the US naval-gazes, with SEC chair Gensler busy agonizing over what constitutes a security, there’s a wave of innovation washing over friendlier shores.

It’s too soon to say whether web3 will kickstart a new economic era that will reward the early adopters and transform forward-thinking nations into the gods of the next financial boom. But countries such as Korea and Japan are taking the prospect seriously and positioning themselves accordingly. They might have missed blockchain. They’re not going to miss web3.