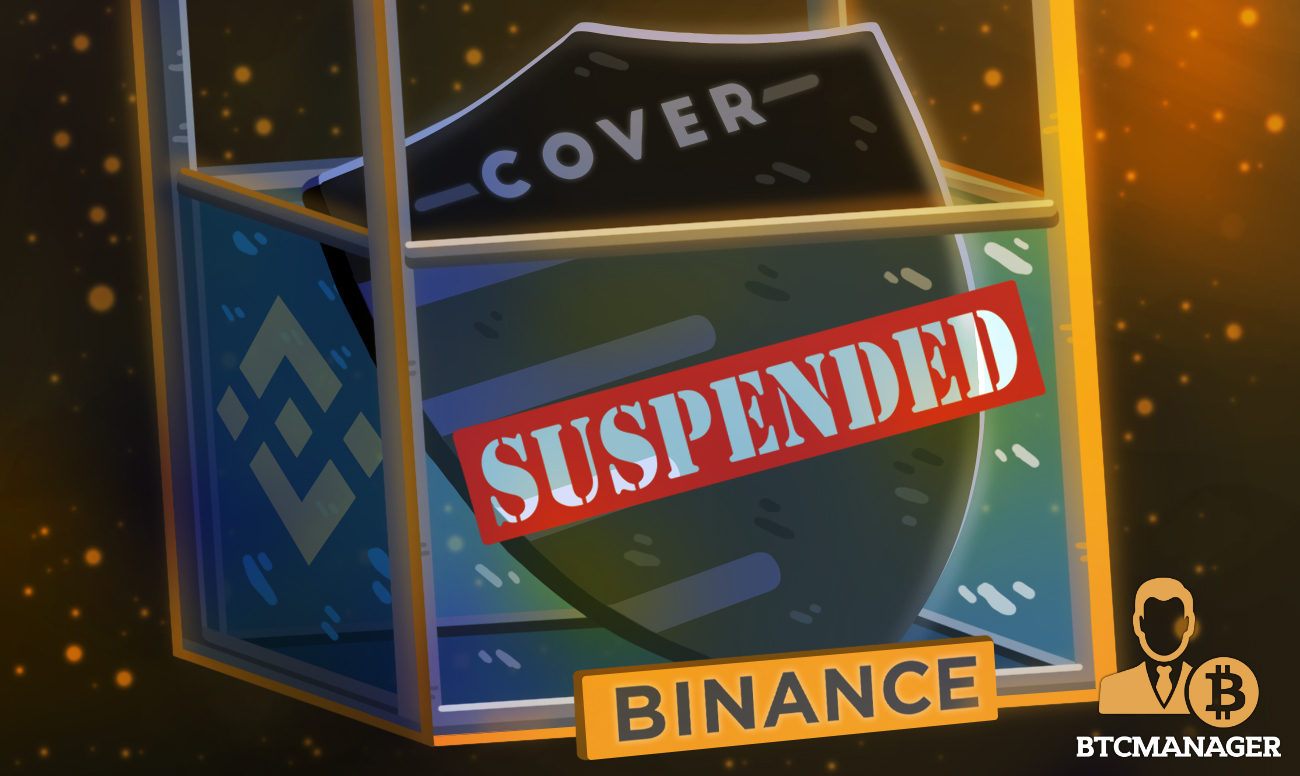 With Cover Protocol, a peer-to-peer coverage market, being the latest decentralized finance (DeFi) protocol to suffer an attack, major cryptocurrency exchange Binance has moved to halt all trading and deposits of the COVER token.

According to an official announcement on Monday (Dec. 28, 2020) Binance decided to suspend trading and deposit activities of the COVER token on its platform. Earlier today, there were reports that hackers took advantage of a bug found in Cover Protocol’s smart contract.

The bug enabled the  attacker to mint about 40 quintillion tokens, thereby inflating the token supply. Furthermore, the attacker sold over 11,700 COVER tokens on 1inch, a decentralized exchange aggregator protocol, with a total of over $5 million drained from the project. The attack consequently led to the price of the COVER token crashing over 90 percent

According to Bateng, a Yearn Finance core developer, the Cover team was unable to stop the continuous minting of the tokens, because they were asleep. Towards the end of November, there was a merger between Yearn Finance and Cover Protocol

Bateng further stated that investigations were ongoing in the matter. While Binance has suspended trading activities, withdrawals were still possible on the exchange platform.

In response to the incident, the Cover protocol team also stated they were carrying out investigations and they had stopped the exploit. Meanwhile, funds in the “CLAIM/NOCLAIM” pools were safe.

However, in a new turn of events, the DeFi Protocol revealed that the attacker returned over 4,000 ETH. The tweet reads thus:

“Hello everyone, we are exploring providing a NEW $COVER token through a snapshot before the minting exploit was abused. The 4350 ETH that has been returned by the attacker will also be handled through a snapshot to the LP token holders.We are still investigating. Do NOT buy COVER.”

Cover Protocol joins a list of DeFi projects that have suffered attacks in 2020. As reported by Btcmanager, DeFi protocol bZx suffered its third hack in September, which saw hackers steal $8 million worth of tokens.

A report in November by cryptocurrency intelligence firm CipherTrace, there has been an increase in DeFi hacks and exploits, leading to the loss of millions of dollars in the crypto space.