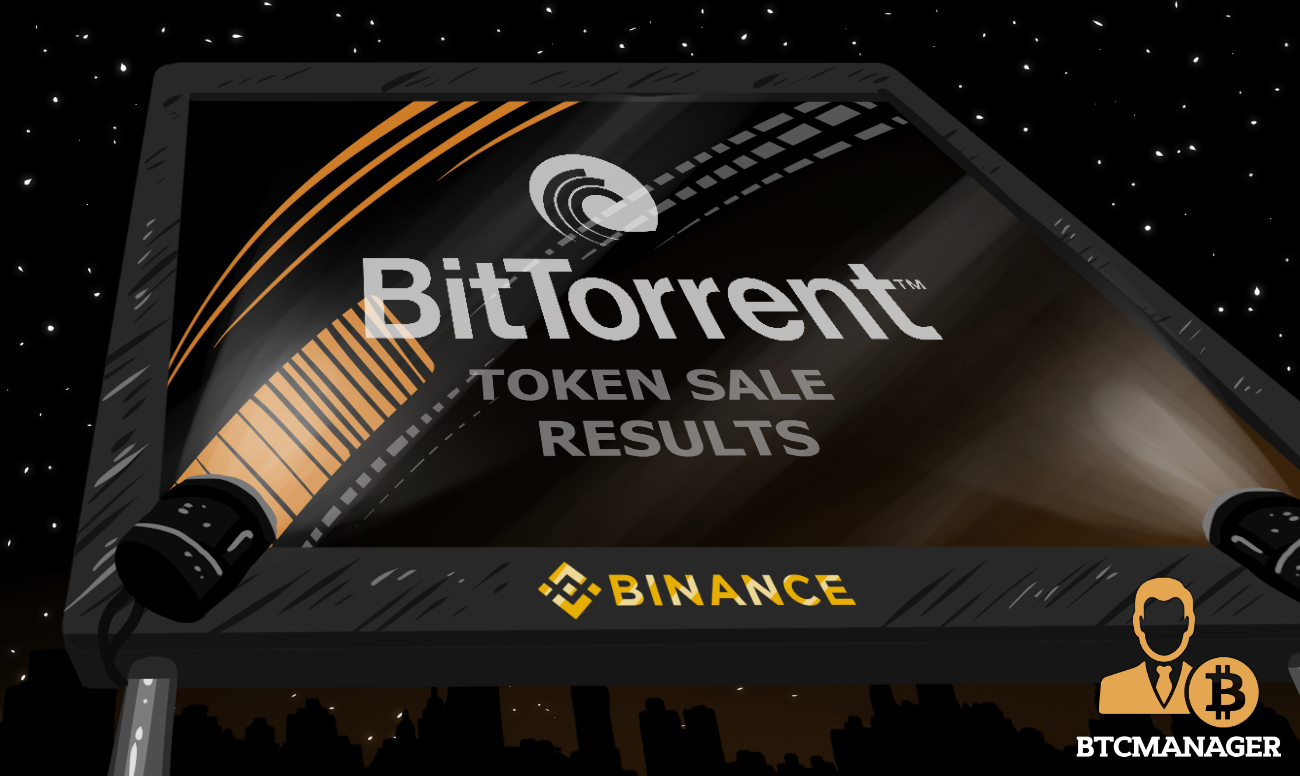 Binance Launchpad,  the exclusive token launch platform of Binance cryptocurrency exchange, has revealed that the token sale event of BitTorrent (BTT), a peer-to-peer file-sharing platform was hugely successful as the entire 59.4 billion BTT sold out within just 18 minutes, according to a blog post on January 28, 2019.

Binance Launchpad, the dedicated token launch platform of the world’s number one cryptocurrency exchange announced the successful conclusion of the sale of Tron’s BitTorrent tokens (BTT). As stated in the blog post, the depressing market conditions barely had any effect on the token sale event as nearly 60 billion BTT tokens were sold within just 18 minutes.

Reportedly, the event was divided into two simultaneous sessions: One for those interested in purchasing BTT with Binance native altcoin BNB, whilst the other was for those investing in BitTorrent using TRON (TRX).

The minimum and maximum amount each participant could purchase was pegged at 100,000 BTT and 166,666,666 BTT respectively.

Interestingly, Binance CEO Changpeng Zhao, also known as CZ, has hinted via Twitter that the entire event would have been concluded within 18 seconds had it been the Binance Launchpad site did not experience a minor glitch. He Tweeted:

However, many people seemed unimpressed with the entire event, and some did not hesitate to fire shots at CZ via Twitter.

As reported by BTCManager in June 2018, the TRON distributed ledger technology project acquired BitTorrent for an undisclosed amount at the time; however, it was later revealed that the deal was worth more than $120 million.