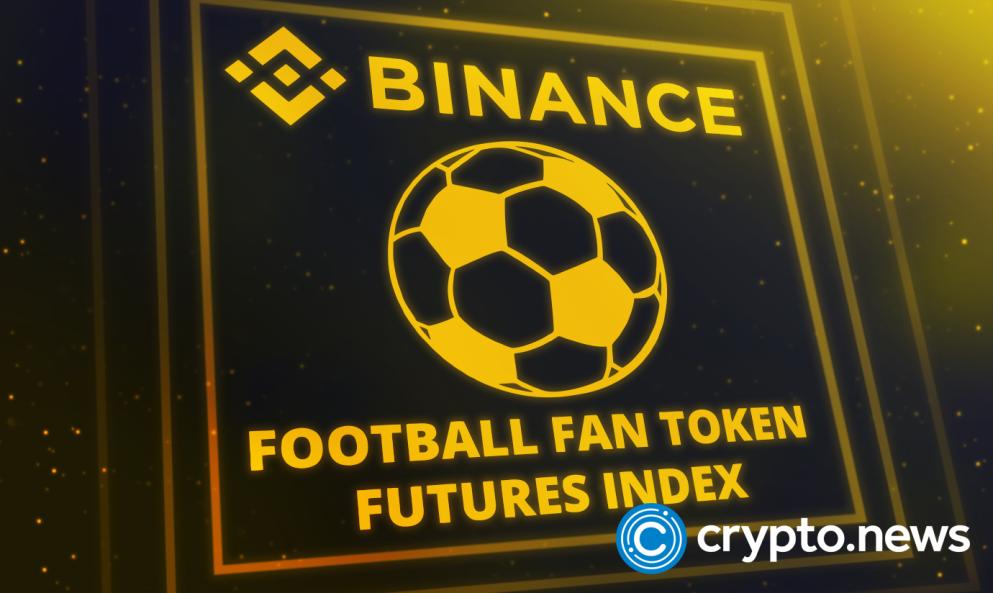 Binance has once again taken its products to the football-loving community with its Token Fan Index launch. The world’s largest crypto exchange announced that the new product would be live before Qatar’s Football World Cup competition in November.

The exchange revealed that by September 1, the new product would be available and have some influence on the exchange’s derivatives platform. Binance seeks to utilize the game’s popularity to expand its marketing to cover other sectors.

Furthermore, the exchange revealed that it created the latest crypto market index to monitor the performance of assets on the spot market. A couple of hours after the company’s announcement, the price of the fan token shot up.

Furthermore, Binance noted that the token is a crypto-backed price metric that tracks the tokens’ performance on its Spot Market.

In a recent post, the exchange revealed that users could use several modes to purchase FOOTBALLUSDT across multiple assets.

The popularity of the fan token happened during the lockdown over the COVID-19 pandemic, where fans could not attend live matches. As a result, the revenue stream of football clubs was greatly impacted.

However, the football clubs’ adoption of fans’ tokens proved a masterclass as it generated some revenue and allowed supporters to reengage with their teams. With fan tokens, supporters enjoy benefits like promotion games, VIP rewards, and exclusive merchandise.

Eligible fans can access exclusive products from their teams with the club’s token. This has paved the way for additional revenue streams for clubs even after health authorities approved the floodgates of stadiums for supporters.

To reach new audiences, cryptocurrency companies have identified one industry as a gold mine for its expansion. The sports industry is key to crypto firms’ market dominance, which appears likely. Sports are the greatest crowd puller, and no sector has shown to bring more people together than sports, especially football.

As a result, crypto companies are plunging huge funds into sporting teams as sponsors and advertisers.

There is a growing partnership between sporting teams and crypto firms, and it is coming fast and furious. For example, the U.S. National Women’s Soccer League partnered with Voyager Digital in a multi-year deal.

It allows sports teams and the sporting community to benefit and learn more about cryptocurrency.

Following the pandemic-induced loss of revenue, sports teams have embraced cryptocurrency as they look to stem the declining financial crash of their businesses.

However, some teams like Manchester City and FC Barcelona have canceled major deals with their respective crypto-sponsor counterparts after skeptics raised doubts about the company’s profile.

With the massive crowds at football matches and a growing customer base, crypto brands now have an audience to sell their products to.

The latest move by Binance is just one of the many things crypto exchanges do to cement their places in the sports sector.