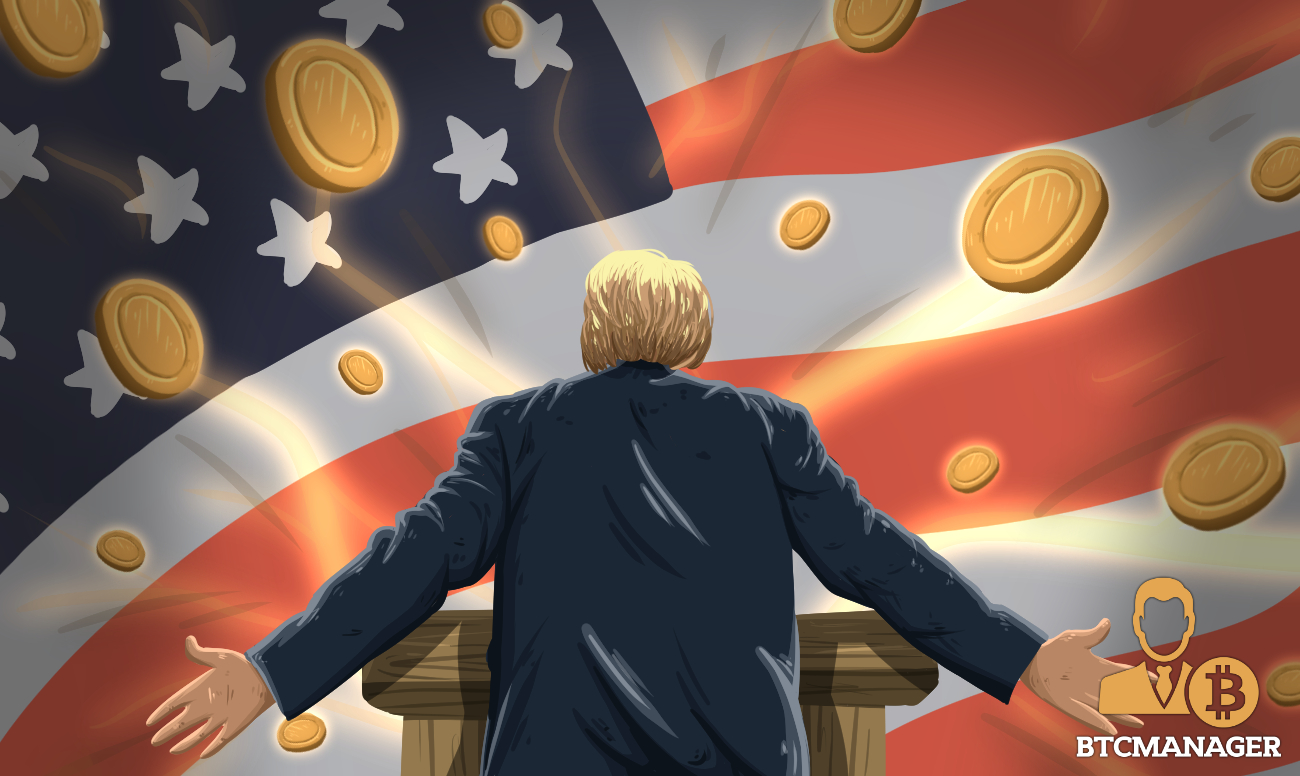 Changpeng Zhao (CZ) doesn’t believe Trump’s recent anti-crypto rhetoric will have an adverse effect on the industry as a whole, reports CNBC, July 23, 2019. The Binance CEO says the industry has sufficient maturity and censorship resistance to survive any government-led crackdown. Meanwhile, restrictive U.S. laws are forcing more exchanges to move their business outside of the country.

Speaking to CNBC, Zhao says the industry has nothing to be worried about with regard to the negative comments coming from the U.S. President concerning cryptocurrencies.

Earlier in July, President Trump caused a stir within the crypto industry labeling virtual currencies as having no intrinsic value.

Commenting on the matter, CZ declared:

“Trump so far has not done anything positive or negative, he’s just said he’s not a fan. The fact that he tweeted about it, and the president of the United States is talking about cryptocurrency, it’s a good thing.”

President Trump’s comments came at a time when the U.S. Congress was looking to probe Facebook’s Libra project. The subsequent Congressional hearings did highlight the fact that U.S. lawmakers were beginning to understand some of the nuances in the evolving industry.

US Bitcoin Wouldn’t Be a Death Knell for the Industry

For CZ, the U.S. banning cryptos wouldn’t be the death knell for the industry. According to Zhao, cryptocurrencies can survive even if certain countries enact total prohibitions.

Outside the U.S., reports emerged on Monday (July 22, 2019), of a possible crypto ban in India. The committee set up by the government to look into crypto regulations recommended a complete cryptocurrency prohibition as well as financial penalties for people caught engaging in virtual currency transactions.

Tweeting earlier in the month, CZ derided the Indian government for its negative stance on cryptocurrencies. According to the Binance chief, such policies only serve to make cryptos more valuable and the market less easy to curtail.

As previously reported by BTCManager, President Trump’s insistence on the Federal Reserve adopting a dovish monetary policy will be good for bitcoin in the long run.

While there is no crypto ban in the U.S., the restrictive laws in the country are increasingly forcing exchanges to make adjustments to their operations. In addition to geofencing certain crypto tokens from U.S. customers, platforms are now moving their operations out of the country.

On Monday, Circle-owned Poloniex announced that it was moving the bulk of its exchange operations offshore to Bermuda. The move comes as Bitfinex is in the crosshairs of the New York Attorney General (NYAG) for allegedly servicing U.S. customers.