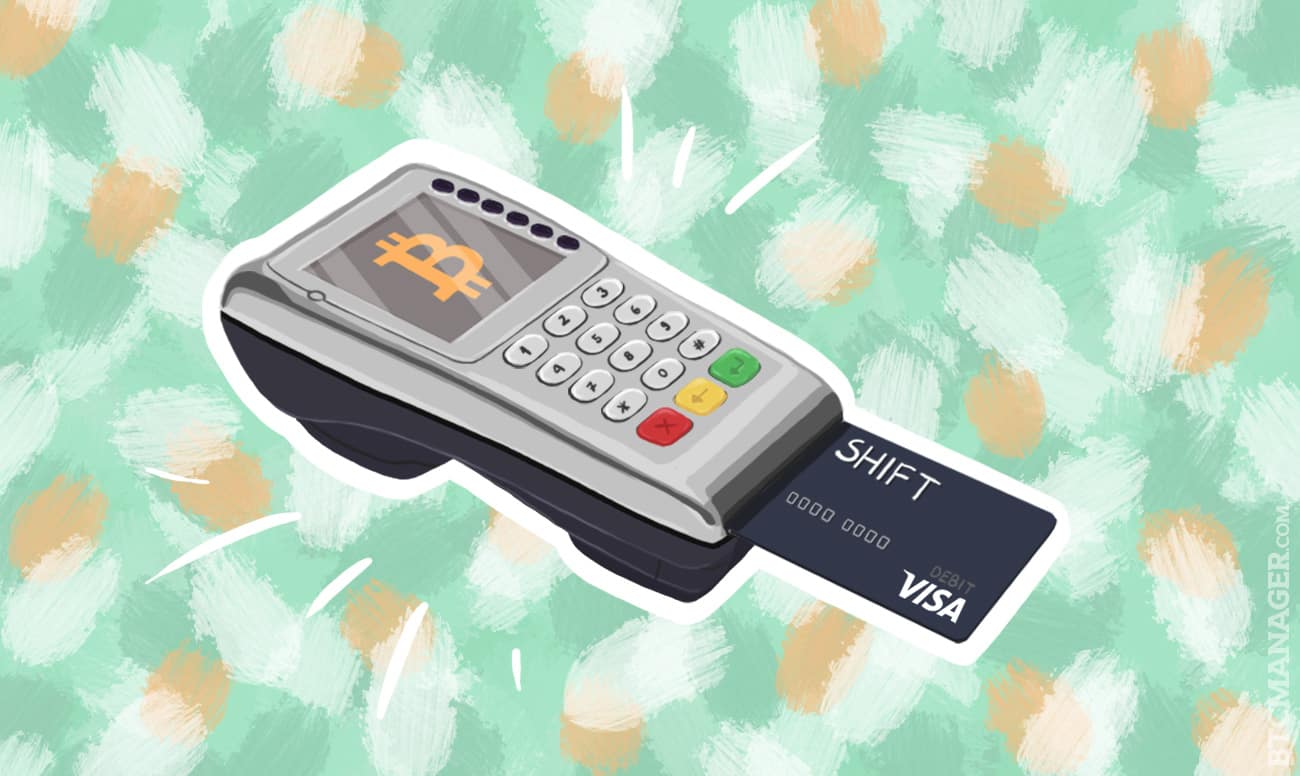 Bitcoin continues to enjoy a steady climb to mass adoption. That’s good news for the future of free markets and global economies. As more people use bitcoin, the higher its value will rise – bringing us closer to a widely accepted alternative to fiat currency.

The elephant in the room amid its emergence is that few consumers actually use bitcoin for day-to-day purchases and cash transactions. Most of the appeal continues to be on the speculative side – in the hope that the topsy-turvy prices will see a consistent climb and greater profitability.

First A Look Back, Then Into The Future

Traditional forms of debit cards became popular in the 1980s. While these cards still have utility for in-person payments, they’re not ideal for online transactions, requiring one to fill out a form for every purchase (Amazon’s “One-Click” innovation exempted).

Merchants have high processing fees to contend with for securely settling payments through an archaic payment system labyrinth. They are also subjected to “Friendly Fraudsters” – those nefarious characters who abuse the chargeback system – forcing merchants to reverse payment and face a fee penalty.

On the consumer side, they risk identity fraud and/or having their cash drained from their account. And if you happen to be among those without a physical mailing address, you may be out of luck in just getting a card in the first place.

Now for the future. Two companies, BitPlastic and Xapo were among the early entrants to the bitcoin debit card market. Since then, several new entrants are poised to create disruption in this emerging space.

The Shift Card, fueled by the legacy VISA card system, has garnered plenty of attention. Like a traditional debit card, Shift Card works offline, online and internationally – everywhere VISA debit cards are accepted. Additionally, cash withdrawals can be executed through ATM machines. The goal of this solution is simple – make bitcoin spending as easy as cash.

Coinbase has notified 25 US states of its plans to offer the Shift bitcoin debit card. In the digital mecca of California, Shift Card is in beta launch mode with an initial user base topping out at 1,000.  The elephant in the room – the complexities associated with regulatory approval and money transmitter licenses in all 50 states.

Available to anyone with a Coinbase account, users must verify their identity and pay a small insurance fee. They can then purchase goods and services from US based merchants with purchases overseas subjected to an international exchange fee. Users will also be able to withdraw money from an ATM – debited from their online Coinbase account for a small fee as well.

Arguably the biggest factor in attracting new users of bitcoin debit cards is security. That’s where we are seeing the rapid emergence of multi-signature technologies providing stealth protection (think safety deposit boxes where the customer has two security keys and the bank has one).

One trendsetter in this bitcoin debit card arena is a new entrant called E-Coin. Through a partnership with BitGo, considered in many cryptocurrency circles to be the premier deliverer of bitcoin wallet security, these cards endeavor to offer unparalleled protection to the end user consumer. The security protocol appears stealth with one added bonus – all funds are protected by automatic insurance.

The Next Frontier of Consumer Spending?

Will these debit cards achieve carte blanche status as the new normal for bitcoin spending? The answer to this question remains to be seen. But it certainly doesn’t take a rocket scientist to surmise that this innovation has promise.

Opportunities aside, there has been some buzz among early adopters within the Bitcoin community around card fees. Some view these costs as an affront to the much ballyhooed chatter about the affordability of cryptocurrency; others see it as simply a cost associated with  new innovation.

With E-Coin, the upfront cost of the physical card with standard delivery is $17.00. Until the end of 2015, E-Coin is offering a virtual card for free, after which it will cost $3.00. When you order a physical card under a referral code you receive the card for $12.75 (a 25% discount). Purchase transactions within the U.S. are free, but there is a charge for international transactions. Monthly maintenance fees are $1.00, and ATM transactions are $2.50. The good news: There are no in-store/online spending limits.

For the Shift Card, the card issuance fee is only $10.00 with no annual fee nor cost for domestic transactions. Domestic ATM fees are $2.50 ($3.50 internationally). International transactions are 3%. The card comes with a $1,000 spending limit with the opportunity to increase it through a more rigorous verification process.

At the time of this writing, there is one major distinction between these two cards: E-Coin has already established a presence internationally, while Shift Card is in the early stages of gaining traction in the States.

With careful attention given to consumer desires and fee concerns, engagement should catch fire.  Set up is easy – all that’s required to set up is a computer or mobile device and Internet access; no physical mailing address or personal ID scan is needed. Increased spending levels, though, may require one to undergo a more vigorous documentation process for identity verification.

Through mass adoption, these debit cards will fuel a boost to the everyday use of bitcoin. Dovetailing off of the explosive proliferation of mobile devices, physical credit cards will likely give way to those of the digital variety. Consumers will have immense latitude in spending digital currency with a vast ocean of retailers that already accept debit card payments. This also represents a win for merchants as the money they receive from these card transactions will be in traditional fiat currency, an elixir to their prevailing concerns about bitcoin-to-cash conversions and fluctuating prices.

With bitcoin debit cards, the new narrative will be about spending bitcoin versus just speculation. In many ways these cards point toward the next jump in advancing consumerism, free markets, and the new digital economy.