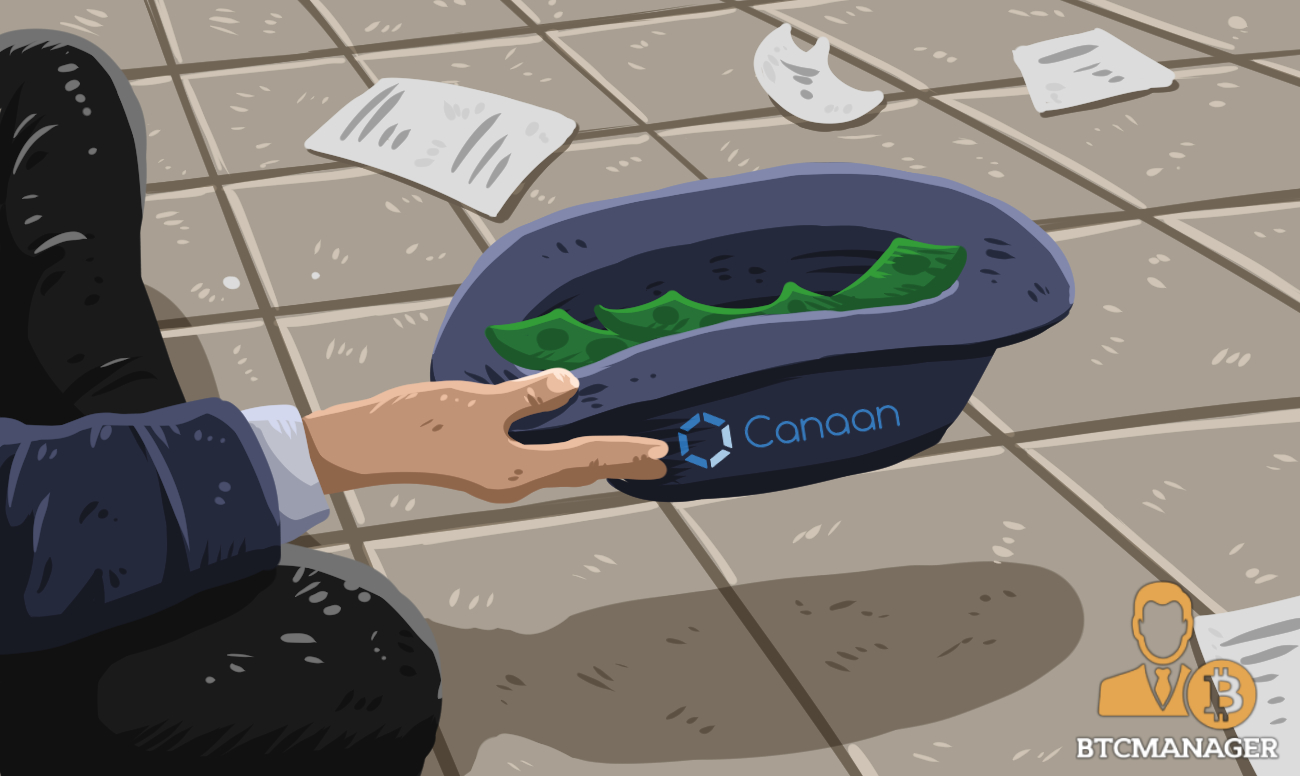 China’s second-largest Bitcoin mining hardware producer Canaan Creative is seeking an initial public offering (IPO) on a foreign stock exchange, including Hong Kong or the United States. The company accounts for around 25 percents of total machines mining bitcoin in the network.

According to Caixin, the firm’s valuation was 3.3 billion yuan (approximately $523 million) after its first round of funding in 2016.

Canaan Creative is now seeking a foreign stock exchange listing since its first attempt to IPO in the domestic Chinese market was rejected by the regulatory authority.

The Bitcoin mining manufacturer has plans to diversify its revenue sources since its primary revenue is dependent on the local market’s demand for Bitcoin mining hardware. “Canaan will soon add more products to its selections, including computer chips that are not used for bitcoin mining and home appliances with blockchain computing capability,” said Jianping Kong, co-chairman of Canaan Creative.

To maintain its growth, the Beijing-based company attempted to list on Shenzhen’s stock exchange via a reverse acquisition of $466 million. The listing failed because of the perceived risks and uncertainty around the company and the cryptocurrency industry.

A spokesperson for the company, however, had a different view about the failed attempt. They stated that “the Shenzhen Stock Exchange (SZSE) authorities did not block the LYT (Shandong Luyitong) acquisition deal of Canaan and did not perceive risks or uncertainties around either company or bitcoin as a technology.”

They believed that the unexpected changes in regulation were a significant contributing factor that led to the failure of the reverse acquisition. According to a statement from Canaan Creative to CoinDesk, “Canaan and LYT decided to cancel the acquisition deal due to standard regulatory changes in the securities market that made the deal face uncertainty for both parties.”

Canaan Creative CEO NG Zhang also mentioned that “while Canaan spent time and resources pulling together this deal, those efforts are not wasted. They are contributions to our future.”

Despite the company’s failure with the Shenzhen Stock Exchange, their plans to IPO remain unchanged.

If Canaan Creative manages to succeed, they would be one of the first companies in the cryptocurrency industry to have a successful IPO.

The hardware manufacturer is now seeking an overseas IPO to fuel its scale. “We [prefer] listing outside mainland China as we are in a global business,” said Kong.

“It will help Canaan better communicate with global investors and other business partners.”

The company heavily emphasized that the decision to seek capital overseas is not related to the government’s skeptical approach toward cryptocurrencies. Kong also mentioned that Canaan Creative might reattempt a listing on the local Chinese stock market.