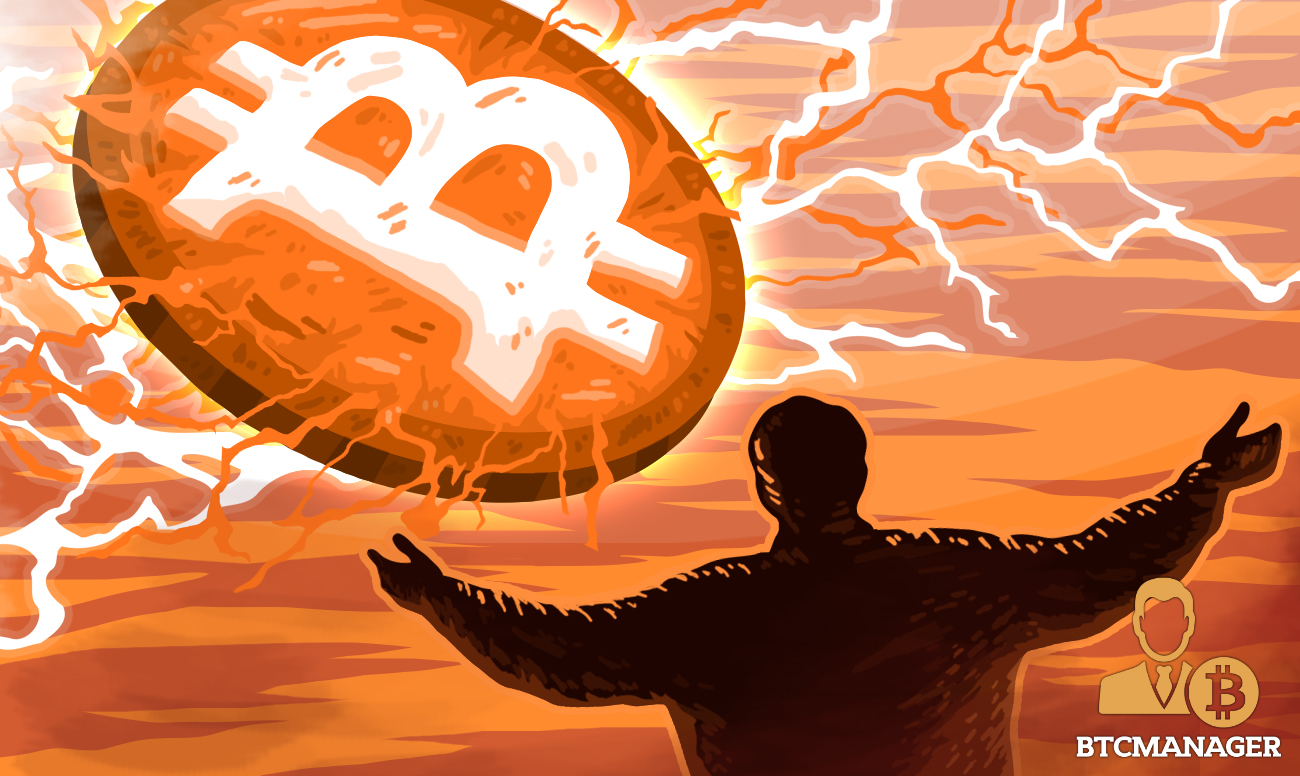 Admir Tulic, a crypto enthusiast and investor, has likened Bitcoin to a valuable cure for a global economic disease. Writing in a blog post on his Medium page, the Accept.io Content and Community Manager stead that the pioneer cryptocurrency will take on and defeat what he terms as “the massive over-indebtedness and money-printing system that leads straight to the sixth mass extinction.”

According to Tulic, humanity is in the throes of an ongoing tragedy which is getting worse as resources necessary to sustain our existence are running out. At the same time, global financial policymakers continue to act as though there is an unlimited supply of such resources at our disposal. In addition to devastating our physical environment in service to what he terms “financial liberalism,” Tulic explains that accumulated debt is preventing new generations from making any meaningful investment into saving energy and social transition.

This debt he says goes beyond government debt, but also includes personal liability which locks individuals into a cycle of consumerism, giving them next to no time to think about the planet and their effect on it. A key result of this is that there is a positive correlation between countries with the highest levels of personal debt and their pollution levels.

Jonha Richman, a partner at JJRichman and marketing advisor for Blockchain companies, shared with BTCManager:

“While Bitcoin and cryptocurrencies will not necessarily be the world’s saving grace and alleviate the entire population from debts that they do not necessarily have control of (most citizens and their future kids already have debts simply because of the way the governments and policies have been structured, and it’s not something normal citizens have a say on), decentralized monetary systems help put accountability as well as transparency in the systems.”

Inflation as a Tax on the Poor

Tulic believes that any discourse about reforming the financial system must begin with an admission that there is no actual money in the economy in the real sense of it, but there is rather a temporary debt instrument that is created by taking out a loan, which ceases to exist once the loan is paid back.

This leads to a situation where it is logically impossible to repay all the debt in existence because there was never any corresponding value present in the economy to begin with. To deal with this, governments and private entities eat their way through natural resources and pollute the world in search of ever-expanding economic growth whose only purpose is to feed this debt machine.

The first mistake being made is giving bankers the prerogative to create as much money as they like through interest. This debt creates personal and social problems around the world causing inflation and destroying democracies. The more money in circulation, the more inflation takes place, and debt provides an infinite supply of money leading to a constant and never-ending cycle of value-loss.

Inflation thus unduly punishes those without assets because while the rich see the value of their assets grow in monetary terms without actually creating any value or doing any work, everyone else suffers a loss in purchasing power with nothing to compensate. It also serves as a backdoor route for governments to raise more revenue without upping taxes in service to debt.

Another consequence of the current system of doing things is that the only way to maintain the existing economic order is to generate new debt, entrenching people further inside the debt trap. Under the current system he says, it is either a government says “yes” to debt, or it risks going into an economic recession. Against this backdrop according to Tulic, there is only one solution, and that solution is bitcoin.

Soon all governments might have no choice but to abandon altogether the debt-based financial system that requires infinite production and growth on a finite planet. When that happens, there will be a need for a stable currency that is not based on debt and has a limited supply, which will prevent humanity from repeating all of today’s mistakes.

Tulic believes that bitcoin embodies all the qualities of the needed stable currency with the finite money supply. Its supply is capped at 21,000,000 tokens, and new tokens cannot be issued or created using a debt mechanism. In his view, refusing to participate in the current fiat-based financial system is not just a possibility but a necessity or a duty in service to a future where the planet is not enslaved to a debt-based money system.

“Taken to its logical conclusion in an academic form, the argument is valid. However, in a reality, where fiat currency predates cryptocurrency and will take a few lifetimes to substitute, it is unlikely that bitcoin will save the world from debt. Moreover, leverage or debt is a real tool for growth, when kept at healthy levels. For instance, currently, many outlets provide leverage/debt/margin on bitcoin.”

Concluding, Tulic points out that many major central banks have now pegged their interest rates at zero percent as debt burdens have simply become unsustainable, in some cases for up to 20 years like in Japan. According to him, this indicates that we have reached the limits of the current system and it is time to migrate toward a new paradigm based on bitcoin.