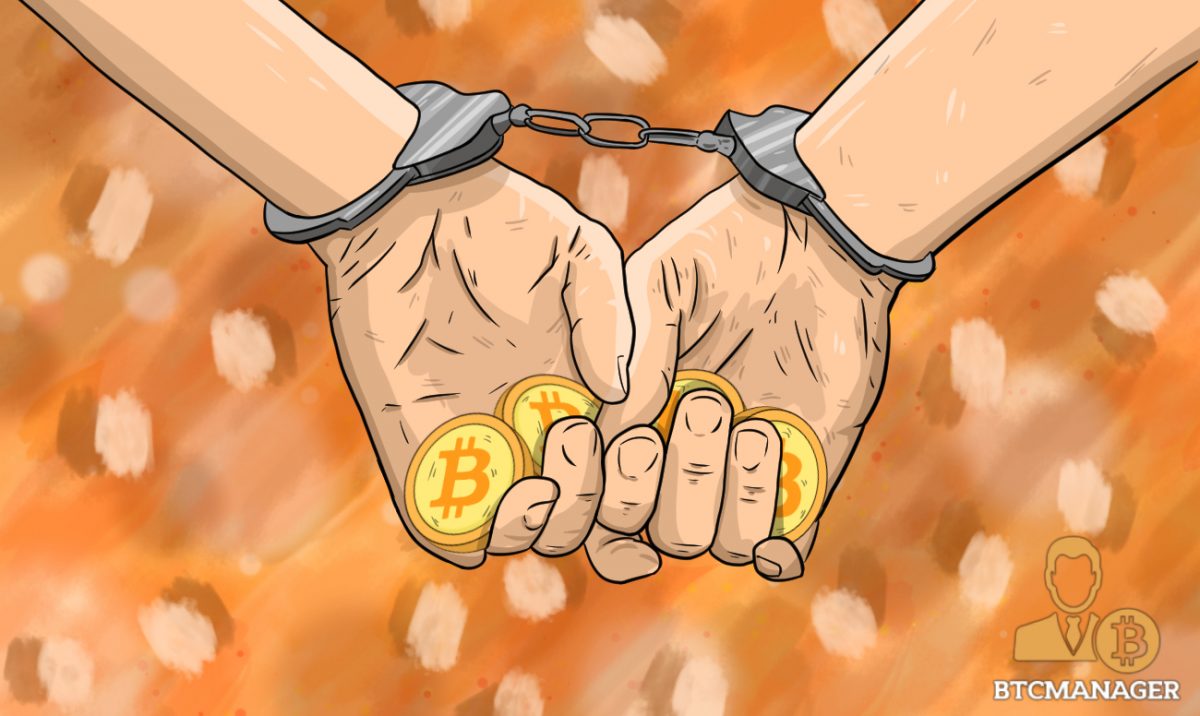 Bitcoin traders in the United States now have to carry out their business with utmost caution so as not to sell cryptocurrency to the wrong people. Undercover government agents are always on red alert, looking for whom to entrap.  United States man, Morgan Rockoon has fallen into the snare of security officials and now risks forfeiting all his digital assets.

When the Client is a Cop

This February, a California based cryptocurrency trader, Morgan Rockoon (a.k.a. Morgan Rockwell) has been arrested by the Immigration and Customs Enforcement (ICE) Agency, the federal government law enforcement body under the US Department of Homeland Security.

As per the case file on the table of the Southern District Court of California, Rockwell is being charged with laundering monetary instruments and operating an unlicensed money transmitting business. Authorities also seek confiscation of all Rockwell’s digital assets relating to the case, if he’s found guilty as charged.

On his twitter handle the accused Morgan Rockwell tweeted:

“On Friday, February 9, I was arrested in my home by Department of Homeland Security over a #Bitcoin transaction from November 2016 and am released under a personal recognizance bond. I am being charged with 18 USC 1956 – Money Laundering Instrument.”

About the money laundering allegation, the defendant is also accused of knowingly transacting with a law enforcement officer for the profits from a specified illicit activity.

Morgan allegedly sold 9.998BTC (valued at $9,208 then) to an undercover agent for $14,500 in paper money, even after being told that the money was the proceeds from the production and sales of ‘hash oil’ – an oil extracted from cannabis. ‘Hash oil’ is a controlled substance under Schedule I by US federal law because it contains tetrahydrocannabinol, the primary psychoactive element of cannabis.

The count concerning the running of an unlicensed money transmitting business is a broad allegation which the authorities can charge anyone with, especially for transactions exceeding $3000.

Back in 2017, a Michigan man named Bradley Anthony Stetkiw, who is a bitcoin merchant on Localbitcoins, which is a popular peer-to-peer bitcoin exchange, got into a similar kind of trouble for selling a massive amount of digital currency.

A criminal complaint was filed against him on October 25, 2017, for buying, selling and brokering transactions for hundreds of thousands of dollars in bitcoin while running afoul of the U.S Code governing money transmitting businesses.

While selling bitcoin and other cryptocurrencies is a legitimate business, it, however, becomes a crime when traders sell amounts exceeding $3000 without being a registered crypto exchange.