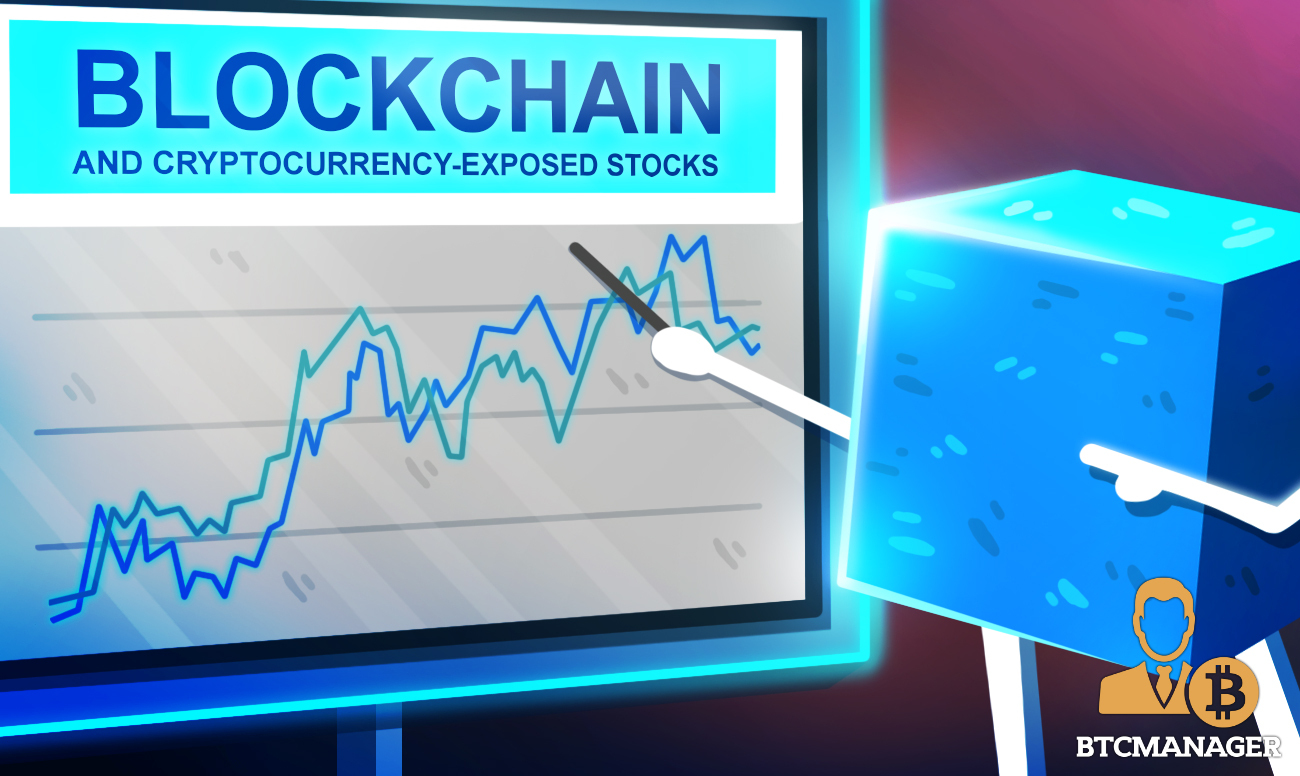 Goldman Sachs has revealed in its latest report released on April 26, 2021, that 19 stocks of companies invested in bitcoin (BTC) and distributed ledger technology (DLT) have outperformed the Standard & Poors 500 by a massive 34 percent this year. The firms that made it to the lists include Marathon Digital  Holdings, Riot Blockchain, Tesla, and PayPal, among others.

The global cryptocurrency markets have surged to a $2.3 trillion market cap in 2021, and the latest report from Wall Street heavyweights, Goldman Sachs shows that the burgeoning industry’s success has trickled down to innovative firms in the real world that deal with blockchain tech or crypto either directly or indirectly.

Specifically, Goldman Sachs analysts have picked out 19 cryptos and blockchain-focused publicly-listed companies with at least a 1$ billion market cap that have outperformed the Standard & Poors 500 Index by roughly 34 percent since the beginning of 2021.

The report notes that the stocks of the companies that made up the list have surged by 43 percent this year, while the S&P has only managed a 13 percent increase in the same period.

Notably, Marathon Digital Holdings (MARA: NASDAQ, a Las Vegas-based company that focuses on cryptocurrency mining and more, occupied the number one spot with a 218 percent stock price increase,  Riot Blockchain’s stock surged by 151 percent, while other top players like Tesla, MicroStrategy and Jack Dorsey’s Square, among others, have also generated impressive returns.

The COVID-19-fueled global economic crisis, low-interest rates, and other factors have made bitcoin and other crypto assets more attractive to forward-thinking investors in recent times and the trend may just be beginning.

Interestingly, Dan Ives, a financial analyst at Wedbush Securities, American wealth management, brokerage, and advisory firm has predicted that cryptocurrencies like bitcoin and the underlying blockchain technology, will potentially disrupt the world of corporate finance in the next decade.

“The story and theme here are much larger than just investing in bitcoin (BTC) and predicting its potential price path…it’s about the potential ramifications that crypto, blockchain, and bitcoin could have across the corporate world for the next decade.”

He also noted that in the coming months, he sees less than five percent of publicly listed firms joining the crypto bandwagon, and that number will go higher as the regulatory dark clouds surrounding the industry gets brighter.