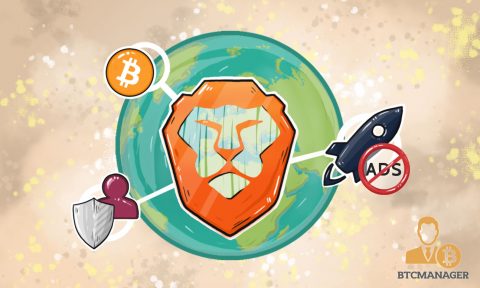 On September 28, 2018, Brendan Eich, CEO of Brave, and co-founder of Mozilla Firefox wrote to the US Senate Committee on Commerce, Science, and Transportation to encourage the adoption of a General Data Protection Regulation.

In the letter, Eich compels the US Senate to consider a European style model which allows for greater protection of the data of private citizens. He calls the GDPR a “great leveler” which will enable companies like his own to compete at a high level in the marketplace.

In essence, the GDPR, when appropriately enforced places limitations on dominant platforms like Facebook and Google which prevent them from collecting data at one end of their business and using it on the other. This type of data collection dramatically benefits entrenched companies and throws an obstacle in the way of startups which are attempting to gain market share.

This protocol would force larger companies to “opt-in” to consent for the use of consumer data. Aside from making an economic argument which benefits smaller companies like his own, he goes on to argue that the GDPR if essential to the understanding of privacy in the United States. He cites OECD guidelines on the Protection of Privacy and Transborder Flows of Personal Data which were endorsed in the 1980s.

Eich goes on to state that there is a widespread of similar standards for the commercial use of consumer data which are popping up all over the world. This includes the post-Brexit UK, Japan, India, Argentina, and the EU to name a few. He believes that having standards which are congruent with a global framework will encourage worldwide innovation and competition. His view is that if the world is genuinely entering a global marketplace, it should embrace the global standards.

One of his other concerns involves the advertising industry. In Eich’s opinion, it is unsustainable for any platform or publishing venue to track its customers to generate revenue from advertising. He believes that there is a little economic benefit to behavioral tracking.

Furthermore, he states that a GDPR is one avenue to fight political micro-targeting. This is a practice which leverages the personal data of anyone online to promote political agendas using unscrupulous “dark ads.” These are powerful advertising tools which many claims are responsible for the wave of populism which rose between 2016 and 2017.

Whether Brendan Eich’s letter to the United States Senate will be successful is uncertain. He certainly has the pedigree to make him an expert on the subject of the importance of regulations on technical capabilities. However, this is an essential voice in a conversation which needs to be had we enter this brave new world of data collection.