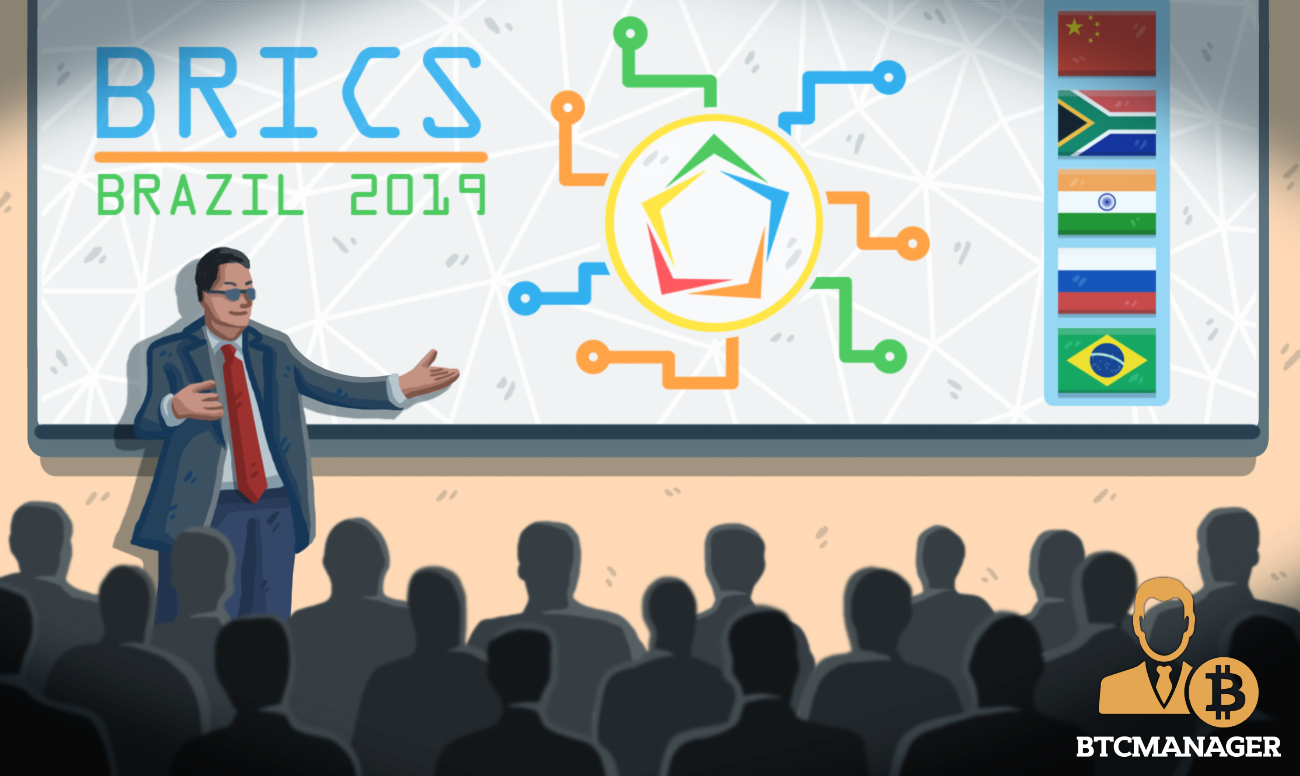 In a bid to facilitate swift payments between BRICS countries, the BRICS Business Council has proposed the creation of unifying cryptocurrency in a forum in Brazil. The crypto asset will be used as a single payment system for settlements between member countries of the union, according to an RBC report on November 14, 2019.

BRICS Nations to Develop Own Crypto

Brazil, Russia, India, China and South Africa, the five major emerging economies that make up the BRICS association, have agreed to create a single blockchain-based virtual currency that would facilitate trade among participating nations.

Per the report, Kirill Dmitriev, a member of the BRICS Business Council, revealed that the union is in support of the idea to create a single payment system that will be used by BRICS member countries.

Reportedly, a cryptocurrency will be used as the currency in this payment system, and it will aid in settlements between member countries of the union in the near future.

Nikita Kulikov, a member of the State Duma’s expert council, made comments saying that creating a digital asset is easy and that the technology is understandable; however, it is more important to understand how countries will readily adopt the asset.

Also, this system will bring about stability of settlements and investments between BRICS countries, which account for over 20% of the global influx of direct foreign investment.

Interestingly, Dmitriev also remarked that the BRICS countries are reducing the dollars’ monopoly on foreign trade settlements, and in five years, the dollar’s share in these trades declined from 92% to 50% while the share of Russia’s ruble increased from 3% to 14%.

The team says the Russian Direct Investment Fund (RDIF) brought the idea for the creation of a single payment system, and so far, it has gained the support of board members at the union.

Nonetheless, the union is still discussing the introduction of the payment system as well as the creation of the crypto asset that will be used.

In an effort to lend a helping hand to nations under U.S. sanctions, Russia, China, and India are already in talks to develop an alternative payment system to SWIFT. The payments system will enable them to trade with these nations in a frictionless way.

To that effect, the Russian Financial Message Transfer System (SPFS) and Chinese International System of Interbank Payments (CIPS) will be connected with that of India, whose internal financial data exchange system is still in its development stage.

In related news, BTCManager informed on October 28, 2019, that the People’s Bank of China (PBoC) is putting the finishing touches to is national crypto named DCEP.

On November 15, 2019, BTCManager also reported that the Indian government has retracted its bill to ban cryptocurrency from the winter parliament.