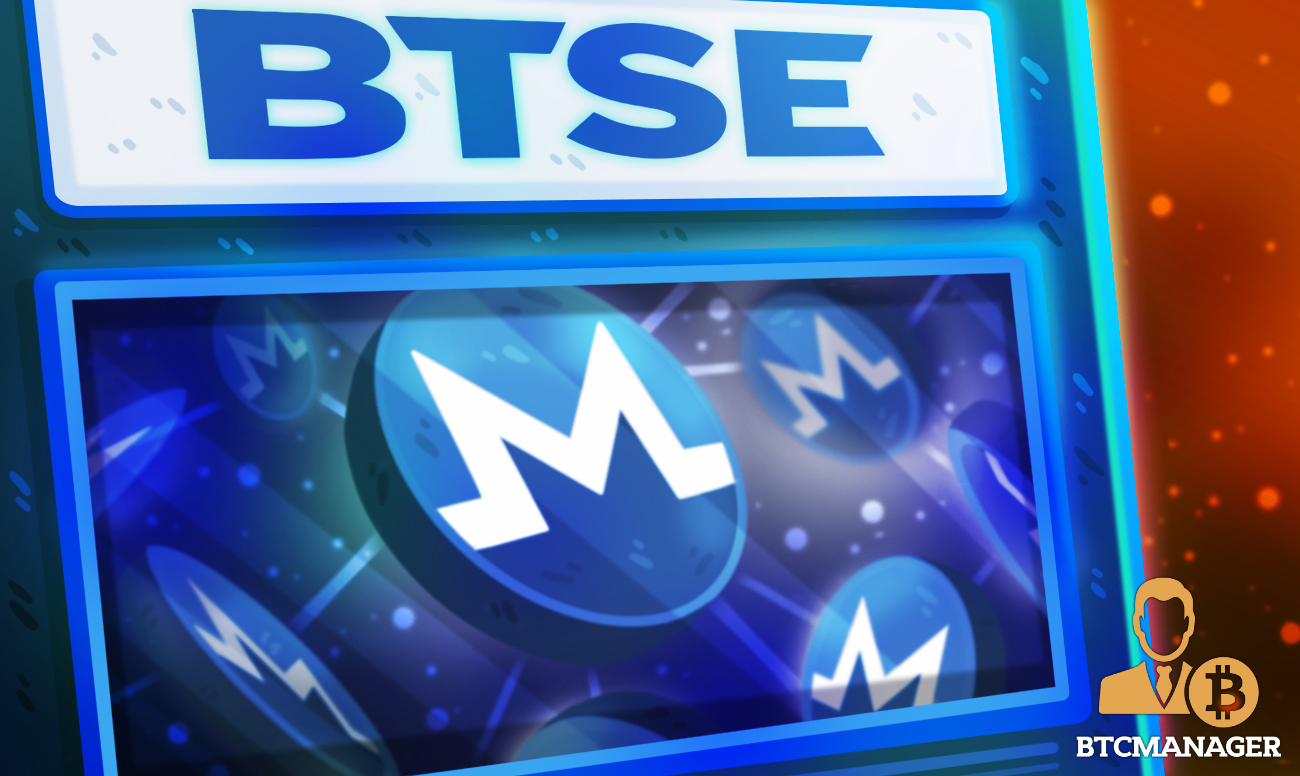 Crypto futures exchange BTSE has announced the launch of a Wrapped Monero token (WXMR) on its platform via a tweet on Jan 6. This new token is a first of its kind and is issued through the Ethereum blockchain, backed by the real Monero (XMR) token itself.

What is Wrapped Monero (WXMR)

According to a blog post released by the crypto firm, the creation of the new token was carried out in order to give Monero users the ability to use their coins on the Ethereum network. In addition, the exchange believes that its innovation would go a long way in changing the whole DeFi community.

The blog went on to state that BTSE would be in charge of minting and redeeming the crypto coin, as well as act as a custodian for the backed Monero tokens.

It is a known fact that Monero is a crypto asset with notoriously-strong privacy features, which is mainly the reason why so many illegal markets are dependent on it as a means of transacting on their platform, according to an FBI report. The privacy coin remains a preference for illicit activities since the other two leading cryptocurrencies, Bitcoin and Ethereum, are traceable due to their pseudo-anonymous nature.

But being built on the Cryptonote algorithm, an application layer protocol designed to specifically address transaction traceability of cryptocurrencies. This enables Monero users to hide their address while conducting transactions. However, some blockchain analytics firms like CipherTrace and Chainalysis had stated that Monero may not be as untraceable as previously conceived while claiming to have a de-anonymization tool for it.

With the coming of a Wrapped Monero on Ethereum, the privacy feature of Monero may possibly be compromised. Users who use the new token would only be able to get the amount of privacy that the Ethereum network can provide. And since Ethereum is not built for privacy, users of Wrapped Monero will not enjoy the same level of anonymity that the traditional Monero blockchain provides.

On the flip side, Wrapped Monero could play an important role in making Monero more public. Another major crypto exchange firm in the United States, Bittrex, had earlier announced its decision to delist privacy coins like Monero, Zcash, and Dash on its platform.

Bittrex pointed out that this decision was made due to the changing regulations and policies that guide the operations of exchanges within the country. Furthermore, the authorities have cracked down majorly on these privacy coins, amid the reports regarding their involvement in fueling illegal activities.

But with WXMR, things might just turn around for the once purely-private crypto coin if its wrapped counterpart gets listed on various exchanges.