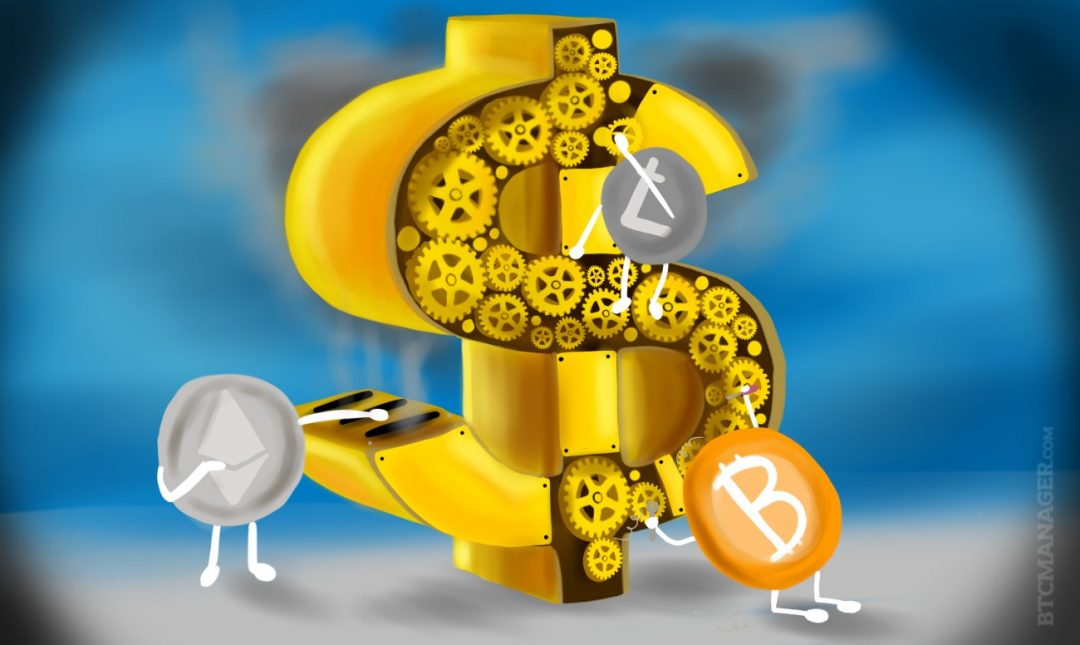 Let us take a step back from the madness of the COIN ETF, the BU vs. SegWit battle, the transaction crisis and take a look at an interesting report entitled “MONEY, MONEY, MON€Y: Attitudes Toward Credit, Consumption, and Cryptocurrency” and what is driving the adoption of cryptocurrencies.

To do this, we have to first look at money in general. Money is everything. Whether we like to admit this or not, we would be hard-pressed to find a person who has not compromised him/herself in some way for money. Our lives become very limited without money. Money is a token of freedom, of comfort, of survival, of safety, of caring, and of human dignity. Those with sufficient amounts of it can tend to their needs and the needs of their families. Those who do not have sufficient money experience reduced quality of life, often malcontent, and despair.

In February 2016, Havas partnered with Market Probe International to survey 11,976 people aged 18 and above from 37 countries spanning three different generations (Boomers, Gen Xers, and Millennials) and two separate groups of economic impact (prosumers and mainstream). The results were remarkably synchronous. “Given the widespread desire for more money and the simultaneous rejection of mindless consumption, it’s likely that the real value of money today lies in the freedom and security it affords, along with its ability to fund the collection of experiences rather than the accumulation of unneeded goods. This is especially the case for Millennials, who have been shown to value doing things over buying things.”

Inequality and Fairness: Two Concerns with the Status Quo

In the United States, which has essentially become a welfare nation, and other developed countries, it can be difficult to understand the importance of the money equals life equation. Poorer countries do not have the same support system for human life. People live, die, starve, suffer, become sick, dwell in terrible, unsanitary and uncomfortable living conditions, and are unable to receive education as a result of their net worth. There is no safety net in the poorer countries.

“As the gap between rich and poor continues to widen, the belief that hard work will reap financial rewards is losing ground. Even in traditionally merit-based societies, people are no longer convinced that wealth is distributed fairly.”

Opportunities are not equally available; they exist in most places only for privileged people. People born without privilege are forced to live limited lives. In poorer countries, people are severely underpaid for their work and services when compared to richer countries.

For a dent to be made in the rampant income inequality around the globe, investments only available to high-net-worth individuals and ‘accredited investors’ must be opened up to a broader spectrum of individuals. For example, to become an ‘accredited investor’ in the US, you either need an annual income of $200K for the last two years or a net worth of 1 million dollars. However, the market has pushed forward a potential solution to bring the investment opportunities available to the richest to all, and that is Bitcoin.

As the market has grown, so too will education on the topic, and the better-informed people are, the better understanding they will have of money. Buying a small amount of bitcoin at fixed intervals is a good strategy to start building wealth. Not just that, the permissionless nature allows everyone to participate in financial services. Rural areas are underserved with branches, while bitcoin only requires a mobile phone and internet connection, and credit ratings may restrict individuals from obtaining finance. Peer-to-peer services such as Bitbond are filling this gap, widening the reach of finance to the underbanked.

In the Philippines, for example, the cost of living, the cost of owning or renting a home, and cost of products is rapidly increasing and approaching alignment with U.S. costs. Prices for several products in the Philippines, such as name brand sneakers, laptops, and tech gadgets, are more expensive than in the U.S. Meanwhile the wages and salaries paid to college-graduate employees in the Philippines do not come close to meeting the expenses that a Filipino must bear in order to live a life free from hardship or financial burden. To combat this inequality, many Filipinos work abroad to earn fair salaries so that they can provide for their families. They do this at the high cost of sacrificing intimacy and time with their loved ones and often live as servants to foreign people.

In Venezuela now, citizens are braving desperate and inhumane conditions, hunger and starvation, due to the economic crisis which is a result of hyperinflation, overvalued fiat currency enforced by a historically thriftless government, favored black markets, and excessive reliance on food imports. The situation is so terrible that some Venezuelans broke into a zoo and killed and ate a horse and some pink flamingos to relieve their hunger. When the game of money trumps the value of human life, can we still continue to consider ourselves human, a word which assumes we have the capacity for humanity?

But our monetary system has not only failed lower-income countries; it has failed developed countries too. Student debt in the United States totaled $1.2 trillion as of February 2016. American Millennials were asked what they would do to get out of debt. 34 percent would sell most of the things they own, 14 percent would be prepared to sell an organ, and around 10 percent would sell drugs, steal, or even prostitute themselves. This reflects the despair that many Americans feel when buried in debt.

“I grew up in the suburbs. I used to think that I could write a prescription for a poor man: ‘Get a job, save your money, pull yourself up by the bootstraps.’ I don’t believe that anymore…You can’t pull yourself up when there’s nothing to grab onto.” (—a resident of Macomb County, Michigan, quoted on Humans of New York, 11/30/16) In 2016, just under half of Americans and Chinese “see a direct correlation between how hard one works and how much one earns.”

“The situation is even more forlorn in Europe, with only around a quarter of French and Spanish respondents and around a third of British and German respondents believing that hard work pays off.”

So where do bitcoin and other cryptocurrencies come into play? Well, 57 percent of Prosumers and 45 percent of the mainstream believe the world would be better if everyone shared a common currency. Bitcoin has emerged as an early contender for such a common currency. Not only bitcoin, but cryptocurrencies, in general, are seen as the future of money by a quarter of those surveyed. It is interesting to note that at the end of 2016, more than 700 cryptocurrencies were available for trade on online markets, and 20+ had market capitalizations in excess of $10 million.

“Even in these early days of cryptocurrency, fully a quarter of our global sample believe such currencies will completely replace cash.”

Additionally, because bitcoin and most cryptocurrencies mint only a limited supply, they are deflationary and will increase in value as time progresses. The fixed supply of bitcoin makes it more attractive than fiat money as a wage or salary paid to employees because it is a compensation that contains a “surplus” embedded in the currency itself, that is the future price expectations. The general consensus among analysts is that bitcoin will continue to go higher in the years to come. On the other hand, fiat money loses value over time due to inflation.

Many employees have already chosen to be paid in bitcoin rather than fiat at Overstock, as it is a more efficient store of value. Paying workers in bitcoin may involve the anticipation of increasing value over the long-term, which could be a boost for productivity. While short-term fluctuations can be offputting, a regular wage in bitcoin has been very profitable in the past eight years and the long-term trend should encourage more effort and higher productivity.