While many firms in the cryptosphere prefer going public via initial coin offerings (ICOs), reputable Canadian exchange, Coinsquare, has chosen to tread the traditional path by looking towards an initial public offer later in September 2018.

The exchange has launched its television advertisement In a bid to whet the appetite of investors at a time when the enthusiasm of some in the bitcoin world is at its lowest ebb due to the reign of the bearish markets.

Come September 2018, if all things go according to plan, Coinsquare will become a publicly traded company. In hopes of lancing a successful IPO, it has unveiled a television commercial to enable both crypto and non-crypto savvy Canadians to be aware of and invest in the firm later in the year.

Coinsquare is often touted as “Canada’s Coinbase” because of its excellent services and highly functional platform. Shortly after the ad was released to media houses, it was scheduled to release all this week for Canadian television subscribers.

The clip describes the exchange as “Canada’s most secure platform” for cryptocurrency trading and further paints the exchange in a good light by distinguishing it between from the “cons.” 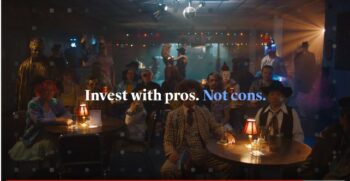 In the world of IPOS, there are very few cryptocurrency exchanges. It is entirely unclear why the Coinsquare team has chosen to embark on the journey of conducting a traditional sale since the processes involved can be quite lengthy and often cumbersome.

However, if the exchange meets all the requirements and gets listed on the Toronto Stock Exchange (TSX) later this year, its name will be written in stone as a bitcoin exchange that went public via an IPO.

It is also worth noting that the most substantial cryptocurrency exchange in the world, Binance was launched in July 2017 via an ICO. Its daily trading volume hit the $10 billion mark in less than six months, seamlessly catapulting the exchange into the ‘unicorn’ hall of fame.

In its upcoming fundraiser, the Coinsquare aims to generate C$150 million ($120 million).

“The United States and the U.K. market are next. We believe that we will be a strong competitor to Coinbase and other exchanges in the U.S by the end of the year,” Coinsquare Chief Executive Officer Cole Diamond told Bloomberg.

While it’s a good thing to aim for the stars, it may take several years for Coinsquare to get to the level at which Coinbase is operating right now, even after conducting a successful fundraiser.

On April 6, 2018, reports emerged that Coinbase was in advanced talks with the SEC to acquire a license and become a brokerage firm. Such a move could entirely change the way the bitcoin exchange operates.

In the world of blockchain finance, nothing is impossible. The crypto world is keenly watching to see how high the Coinsquare project will fly after September 2018. Whether it will succeed in hitting the moon like Binance or touch the skies like Coinbase remains to be seen.