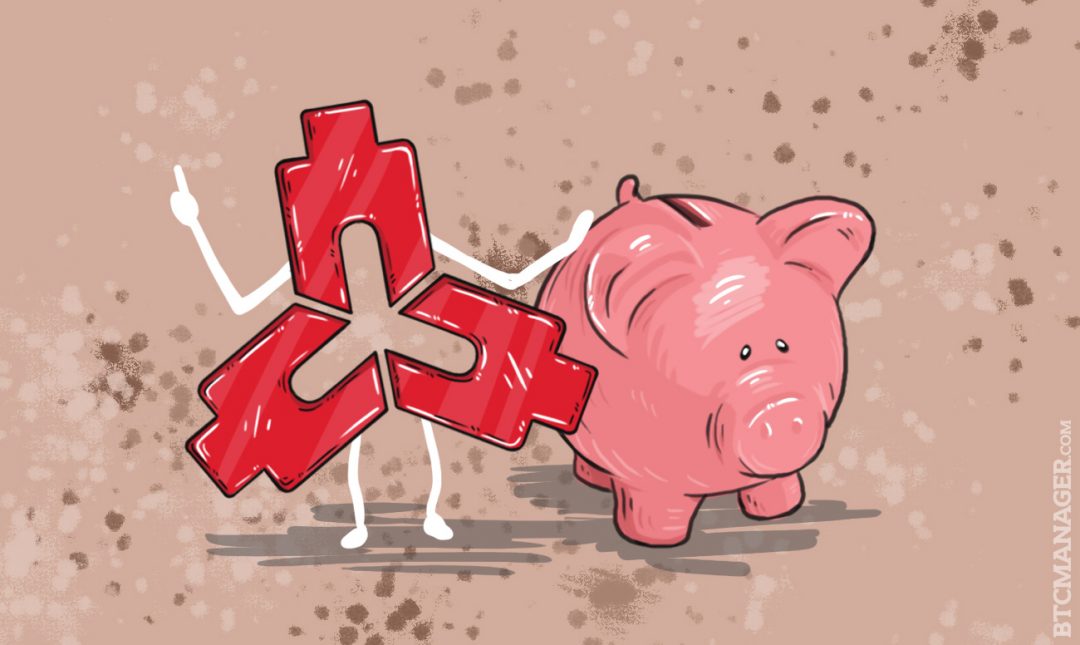 The People’s Bank of China (PBOC), announced its plans, viewed as a disguised form of capital controls, regarding the restriction of foreign currency acquisition within the country. The decision comes shortly before the Chinese new year on January 28, a period in which capital outflow and remittance volumes rise substantially.

In the past few months, the PBOC and the Chinese government strategized the imposition of harsh regulations and capital controls to prevent further devaluation of the Chinese yuan. Local law enforcement also tightened policies on asset importation and exportation, as traditional stores of value like gold are often used as alternatives to cash.

However, the financial trend in China could drastically change in the upcoming weeks, as investors are seeking out decentralized and portable assets and stores of value like bitcoin to bring money out of the country.

As is the case at the moment, and throughout 2017, Chinese investors, traders, and individuals will be required to submit necessary information on the source of income, detailed visualization of money flow, and to comply with excessive Know Your Customer (KYC) regulations.

The State Administration of Foreign Exchange (SAFE) only allows a maximum conversion limit of $50,000 for Chinese yuan to foreign currencies conversions per individual annually, and the latest move requires more information from customers to be handed over to banks. Any person attempting to purchase foreign currency larger than the set amount will have to receive a special offer from the central bank, which is highly unlikely.

Thus, during the Chinese new year, a time when families and friends send red envelopes, a traditional method of sending money to each other in the midst of celebration, it will be harder for residents to send payment to people abroad.

While the PBOC and the SAFE describe tightening regulations on money transmission and cross-border payments as an important aspect of its nationwide initiative to fight prohibited transactions and money laundering, it is evident that these collaborative efforts are made to prevent the devaluation of the national currency.

The Chinese yuan is expected to devalue further, as the Federal Reserve raised interest rates and stated its intention to raise rates three times during 2017 in December 2016. To countries like China, Japan, and South Korea that run economies dependent on the US dollars, the rising Fed rates almost always lead to a devaluation of their reserve currencies.

On top of existing regulations, PBOC’s chief economist Ma Jun stated, effective by July 1, financial institutions will be required to report any cross-border transfers of 200,000 yuan ($28,800) as the officials want more timely data on individuals.

The newly introduced regulation disallows people from sending the annual FX trading limit of $50,000 abroad, even if they successfully obtained foreign currencies legitimately. In response to the outrage of the Chinese people, Jun stated that it is not a form of capital control and an excessive financial regulation.

It is also likely that banks and financial institutions within China will require users to present various documents and information to process cross-border transactions below the provided limit regardless, due to the urgent stance of the PBOC.

The effect on bitcoin? The increasing number of policies and regulation on the FX market and cross-border transactions will cause the demand for the digital currency to rise even further. Specifically, by July 1, when the newly proposed regulations become effective, a significant portion of the Chinese population would have already bought bitcoin to settle cross-border transactions.

There exist talks revolving around regulations on bitcoin and potential restrictions on bitcoin trading. However, the PBOC have released a series of warnings and cautions aimed at the Chinese population over the years. One major announcement had a significant impact on the bitcoin price in 2013, but it is not relevant as it once was.

Following on from the measures in China, described as disguised capital controls, the appetite for bitcoin has pushed the cryptocurrency to all-time highs on the longest continually serving bitcoin exchange globally, BTC China:

Also, the chart below displays much greater volume vis-à-vis the previous high in 2013, suggesting the upward move in BTC-CNY is sustainable. 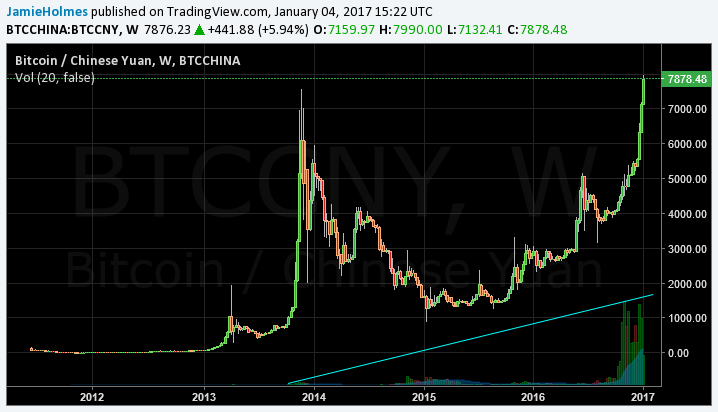