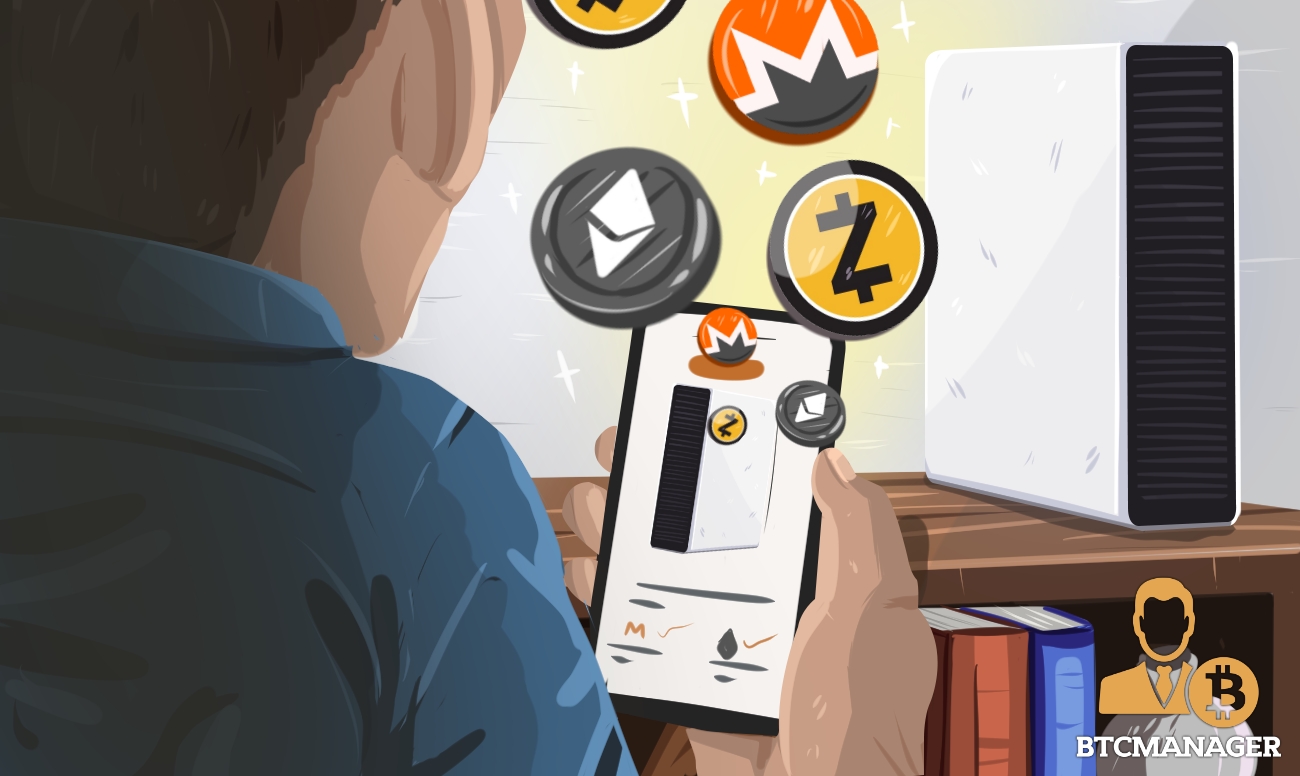 Blockchain startup Coinmine has announced the launch of its innovative new cryptocurrency mining device. The device is a combination of hardware and software, which is designed to bring ease of use to digital currency mining so that anyone can mine crypto from home.

The Los Angeles-based startup has revealed in a press release that its first device, called the Coinmine One, is ready to go to market. Coinmine has been in existence for several years and has succeeded in attracting the attention of some notable names in the cryptocurrency community.

According to Crunchbase, Coinmine raised over 2 million in its first funding round. Included in the startups’ list of investors is leading digital currency exchange Coinbase Ventures. Other notable firms are Social Leverage, Wonder VC, Arrington Capital. Additionally, the startup was able to secure investments from some angel investors, including Balaji Srinivasan, Brian Norgard, Anthony Pompliano, and Ryan Hoover, among others.

In the early days of bitcoin, mining was a relatively simple affair. Following its release by its pseudonymous creator Satoshi Nakamoto, mining bitcoin was possible on a simple laptop. However, as the years passed, the mining difficulty increased and to mine the digital currency, miners required specialized mining hardware to do so.

Currently, to mine bitcoin, one needs a large rig of ASICs mining machines that will cost tens of thousands of dollars to set up. The significant costs associated with the acquisition of mining rigs as well as the energy costs effectively cut out a large portion of the sector who cannot afford to set up the relevant contraptions.

Additionally, mining is a fairly complex operation and requires a significant amount of knowledge on the users part. Because users will generally implement their designs for mining rigs, they must also have the requisite command of the software portion of the operation. This includes staying up to date with any updates issued by the networks they are currently securing.

Due to the factors outlined above, the mining game is now dominated by corporations who possess the necessary resources to participate in a cost-effective way. Unfortunately, this applies to bitcoin as well to many of the other leading coins.

Remedying this situation is the motivation for Coinmine. Its co-founder, Farb Nivi, explains that Coinmine is attempting to return to the dogma that initially permeated within the cryptocurrency industry: decentralization and financial autonomy.

Nivi said in a press release:

“Crypto is not just about buying and selling magical internet coins. It’s about people combining computation to decentralize the world’s money and information from the hands of a few and into the hands of the many. We made this easy enough for anyone to do.”

Coinmine’s first device is called the Coinmine One, which can now be pre-ordered for $799. The contraption makes it incredibly easy to mine the supported cryptocurrencies. To begin mining digital currency, users just the device to an energy source and consequently interface with the device through a mobile application.

The plug-and-play nature of the device is a welcome addition to the crypto sector. Moreover, the device is energy efficient, consuming the same amount of electricity that a vacuum cleaner designed for home use requires. The Coinmine One device is also aesthetically pleasing, with a sleek design reminiscent of an Apple computer.

The combination of ease of use, relatively low costs, as well as the removal of the need for large spaces to hold the mining rigs turn a normally complicated undertaking into a user-friendly simple plug-and-play operation.

Angel investor, Brian Norgard, is of the opinion that Coinmine is meeting an important market need. Norgard, who served as the Chief Product Officer at online dating platform Tinder, explains why Coinmine attracted the attention of major investors.

“Throughout my entire career, I’ve worked to make complicated ideas simple, fun and useful. At Tinder, we removed the pain associated with setting up a dating profile so people could get to the action. When Farb initially came to me with the basis for Coinmine, I knew it was a radically novel solution to a messy problem- it was as they say, a perfect match.”

The Coinmine One is currently only able to support Ethereum, Ethereum Classic, Monero, and Zcash, as well as an experimental privacy-centric digital currency called Grin. The website reiterates that it will release support for other currencies in time. The device runs on proprietary software designed by the Coinmine team called Mine Os. The software is designed to automatically include any updates issued by the networks of the digital currencies and, thus, making mining as comfortable as possible.

Balaji Srinivasan, one of the investors who contributed to the startup, explains that the Coinmine One is likely to do well because it is an opportunity for users to access cryptocurrencies without needing to buy them. Additionally, users can pretty much turn a profit in their sleep.

“It’s a pretty cool idea to be able to plug a device into the wall that makes money for you while you sleep. As a purely economic proposition, you’d have to balance the cost of power and the hardware device itself with the cost of the coin or token that you’d be mining. There are so many assets now that there is probably always an arbitrage somewhere.”

It is important to note that any mining returns generated when using the Coinmine One device attract a 5 percent cut from Coinmine. Moreover, users should be aware that the profits are stored in the corporate wallet of the startup and then distributed to the users. This centralized aspect of the new miner will make many cryptocurrency users skeptical. Nonetheless, it will be interesting to see how the market responds to the Coinmine One, especially in the currently struggling GPU mining market.