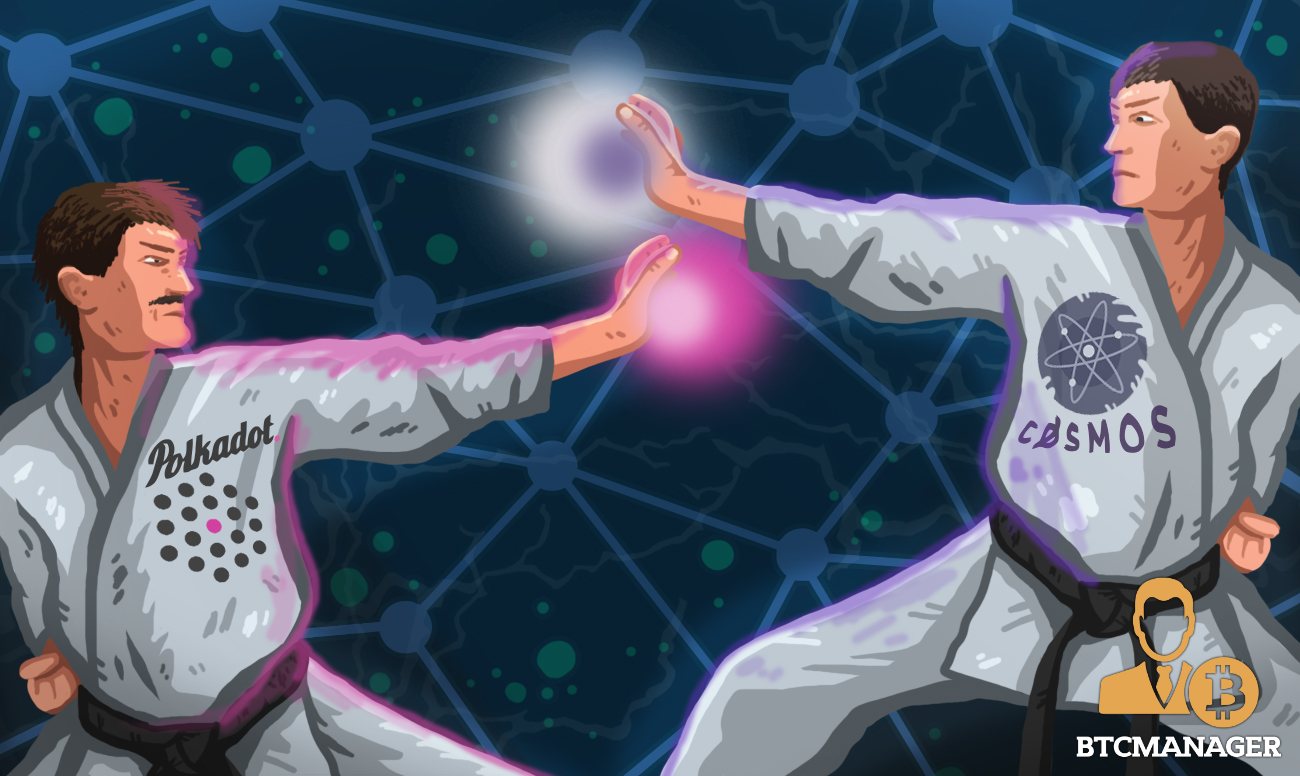 Numerous startups are racing to solve the problem of scalability and efficiency on the blockchain, but few have come as close to providing inter-chain operability as Cosmos and Polkadot have. In the following, BTCManager compares the two interoperability projects that aim to solve the toughest problems blockchain technology is currently facing.

Many of the ideas in the following article were drawn from a June 27, 2018, Medium post from Dave Kajpust.

Understanding the Challenge of Interoperability

While still relatively young, blockchain technology has already on the way to transforming how many industries work. From finance, payment services, and business management to transportation, logistics, and file sharing, there aren’t that many sectors left untouched by the innovation.

However, the revolutionary technology doesn’t come without its flaws, which are what slow down its mass adoption and overall effectiveness. Some of the most significant problems the industry is facing are energy inefficiency, the inability to scale, and the lack of interoperability between different blockchains.

Cosmos and Polkadot are two projects that are currently at the forefront of solving blockchain’s biggest woes, and each one of them brings a unique solution to the table. While Cosmos aims to build a network of decentralized blockchains that will exchange data and payments among themselves, Polkadot wants to connect multiple blockchains into a single and completely decentralized internet called the “Web3.” 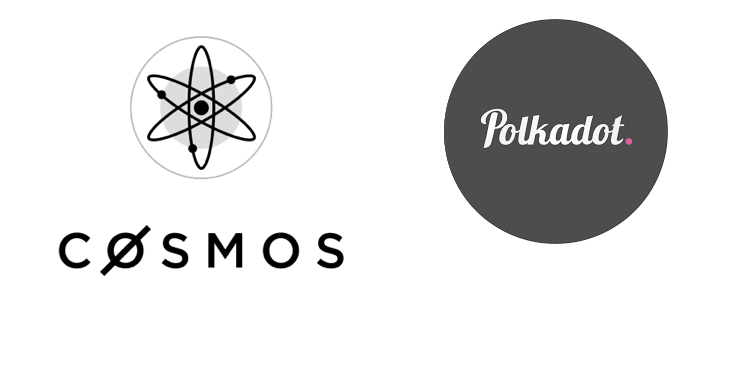 Both Cosmos and Polkadot aim to connect independent blockchains, but the Cosmos Network wants to provide users with an all-in-one platform with a decentralized distributed exchange, capable of bridging other cryptocurrencies as well as offering multi-application integration.

However, the Polkadot project, while much smaller in its goals, raised over $350 million during its ICO, giving the project a considerable advantage when it comes to security.

And while choosing one project over the other is virtually impossible, as they cater to a different user base, comparing and contrasting the two networks might help both users and investors understand the projects better.

According to a forum discussion on the Cosmos Network website, the Polkadot network has one global order of blocks, and no transactions can be finalized until the master chain has ordered them. The Cosmos Network, on the other hand, has many different hubs that can only submit data to each other when exchanging IBC packets. To enable centralized fast zones to exist and prevent the whole system being restricted to the speed of a single master chain, block headers are rarely submitted directly to the hub.

Both projects have their native cryptocurrencies, and collators in Polkadot must stake their DOT coins to produce valid updates to the Turing-complete parachains. However, anyone can create a Cosmos Zone or Hub and use either an existing staking token or create a new one.

The main benefit of Cosmos is that it is a developer-friendly platform that makes building dApps easy due to its Tendermint-based toolkit. However, Polkadot offers minimal and straightforward functionality and is a much easier to use platform overall, which might appeal to less experienced users.

Both companies have decided to put a cap on trading their cryptocurrency tokens, ATOM and DOT, until the networks fully launch, signaling a much more mature dedication to the project than what the crypto industry is used to.