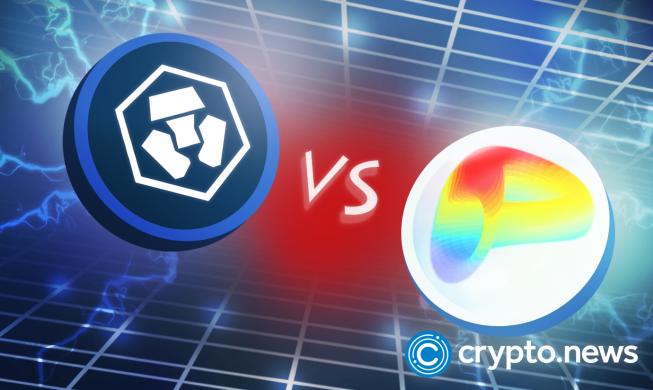 Crypto.com Coin (CRO) is the native token of the Crypto.com Chain. On the other hand, the Curve Dao token (CRV) powers the automated market maker system on Curve, a decentralized exchange. Its token, CRV, is made up of ERC-20 tokens built on the Ethereum network and generated via Aragon, an Ethereum-based development tool. CRV connects smart contracts and manages liquidity between trading pairs automatically.

The CRO token is a utility token that folks can use in the Crypto.com ecosystem. It’s designed to help build a network of projects and develop merchants’ ability to accept payments using cryptocurrencies. The Crypto.com Chain is a high-performance native blockchain that will make the payments process more secure and seamless. It will allow users and merchants to interact with each other seamlessly.

The CRO token is used to access various services on the platform, such as pay fees, bonuses, and institute trades. It’s also designed to be interoperability-friendly. For instance, if you have a multi-currency wallet that supports the Crypto.com Chain, you can easily store your CRO tokens in that wallet.

The total supply of CRO is limited to 30 billion coins. This total supply is allocated for five different purposes:

20% — Ecosystem grants – frozen until the launch of Crypto.com Chain Mainnet;

According to the Wallet Investor, the price of the CRO token is currently around $0.5145. It has a bright future and is expected to increase in the long run. Based on our prediction, the price of CRO will rise to around $2 in 2026. Its 5-year revenue growth rate is expected to be 328.1%.

According to Market Realist, the price of CRO has finally reached a bottom and is expected to recover to around $0.5145 by the end of the year. This price is around half of its all-time high of $0.24. It is also predicted that the token will be profitable in the long run as it will increase in value and global adoption.

Based on GOV Capital, analysis of historical data, and price technicals, the CRO price prediction by Crypto.com could reach around $1 at the end of this year and around $2 at the end of 1 year.

The utility token for the platform known as the Curve.fi is used to exchange stablecoins and other cryptocurrencies. It aims to connect users with others interested in doing the same. Unlike other platforms, the company’s financial system is not a custodial one.

The platform is an automated market maker and exchange. It enables users to trade assets without requiring permission. An AMMs eliminates the need for order books and allows them to perform transactions through liquidity pools.

CRV was launched in August 2020 with Curve DAO. It is a governance medium and fee payment method that aims to function as a long-term earnings method for multiple liquidity providers.

CRV’s total supply is 3.03 billion tokens, of which 62% are distributed to liquidity providers. The remainder, 30%, is divided among shareholders, 3% among employees, and 5% is earmarked for a community reserve. Employees and shareholders will receive their allocations over two years.

In one year after the launch of CRV, 750 million tokens are expected to be in circulation because there was no premine.

Summary of the Comparison Between CRO and CRV Tokens

A Look into CRO and CRV Performance

Due to the scarcity of coins, the price of CRV is expected to rise. It’s predicted that it will reach a peak of around $100 by 2030. It may not be a great investment initially, but it has good chances of growing over the long run.

The utility and overall functionality of the curve DAO Token are some of the factors that contribute to its value. In addition, other factors such as the number of users and the development of new features can also affect its market value.

On the other hand, CRO performed well during the final quarter of 2021. It launched various projects, such as Defi and NFTs, which furthered its utility and adoption. Despite the recent decline in the value of cryptocurrencies, it is still expected to grow. The various projects currently in the works will likely lead to more value creation.

There is little incentive for steak CRO to get discounted taker and maker fees. The reason is that the company’s value is linked to the success of its various products and services, such as those related to the crypto.com ecosystem.

The total value of the CRO token, which is currently at over US$2 billion, has increased significantly following the platform’s launch. It could be due to the launch of the CRO EVM fund, an incentive for developers to build projects on it. The token’s price has also risen significantly and is expected to continue.

With more exposure, CRO’s market capitalization is much higher than that of CRV. Hence, making it a better option for investors. However, note that cryptocurrencies are highly volatile, and predictions aren’t always accurate. So, when making an investment decision, DYOR to find which token best suits your needs.