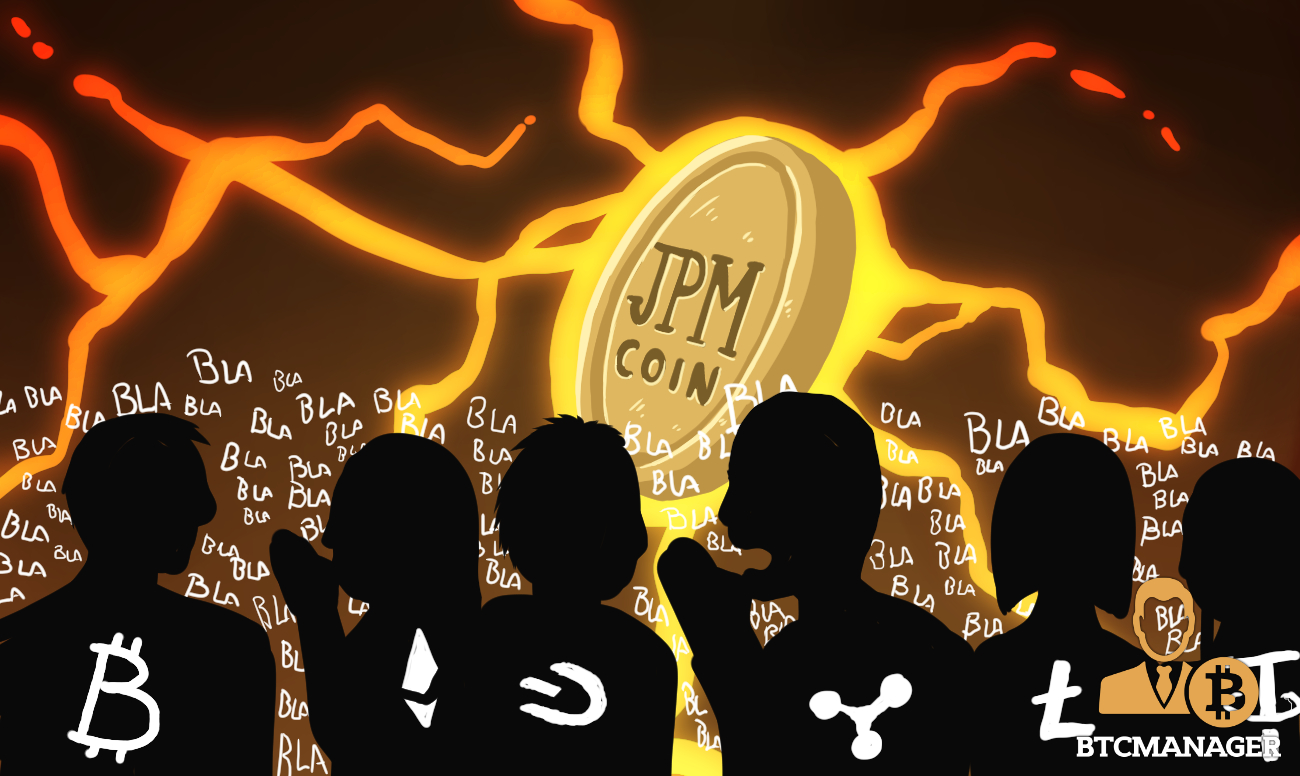 Weeks after the announcement of the JPM coin, the crypto industry is still confused about whether to embrace or reject it. Now, Binance put out a study on March 1, 2019, claiming that the coin will not be in competition with Ripple’s XRP.

In February 2019, JP Morgan broke the news that they would be launching the JPM coin, a dollar-backed coin that would be used for cross-border transactions among their customers.

The news is already weeks old, but discussions surrounding it have not slowed down in the least.

There has been commentary calling the move hypocritical due to the management of JP Morgan previously bashing bitcoin and also discussion about what place the new coin will have in the market and, more specifically, who they would be competing with.

The most obvious candidate is Ripple’s XRP token which is the go-to for cross-border transactions in the industry. The initial verdict was that the JPM would definitely be competing with XRP because they would be targeting the same class of users who want quick and affordable cross-border transfers.

Now, it would seem that opposing views are forming within the crypto industry regarding the matter and one firm that has chimed in is Binance, who released a report on March 1, 2019, addressing the issue.

They argue that when the JPM coin takes off, they will make use of a private, permissioned Quorum blockchain network to conduct inter-institutional transfers and value settlements.

In the case of XRP, the focus is to promote inter-bank transfer and settlements and also to serve as a mediator between fiat and crypto services. This is in contrast to the closed network system that JPM will be making use of.

Ripple has seen partnerships with a number of banks around the world because they trust their platform. This will not be the case with JPM because banks will be reluctant to make use of another bank’s settlement token. It is more feasible that other banks will create their own coins.

This means, according to the study, that both coins are targeting different markets and thus, will not compete with each other.

The Binance report is just another example of the conflicting opinions being given in the industry about the coin.

A fiat backed stable coin is in essence a central bank digital currency but with the credit risk of the depository bank (e.g. JPM coin).

A free floating digital asset like xrp has credit risk against it's largest holding party. That party is in essence it's central bank

Other commentators speculate a bloody crypto-war:

fight between $JPM and $XRP! is coming
i like that.
i hope both of them will kill by each other finally😄😄😄😄😄