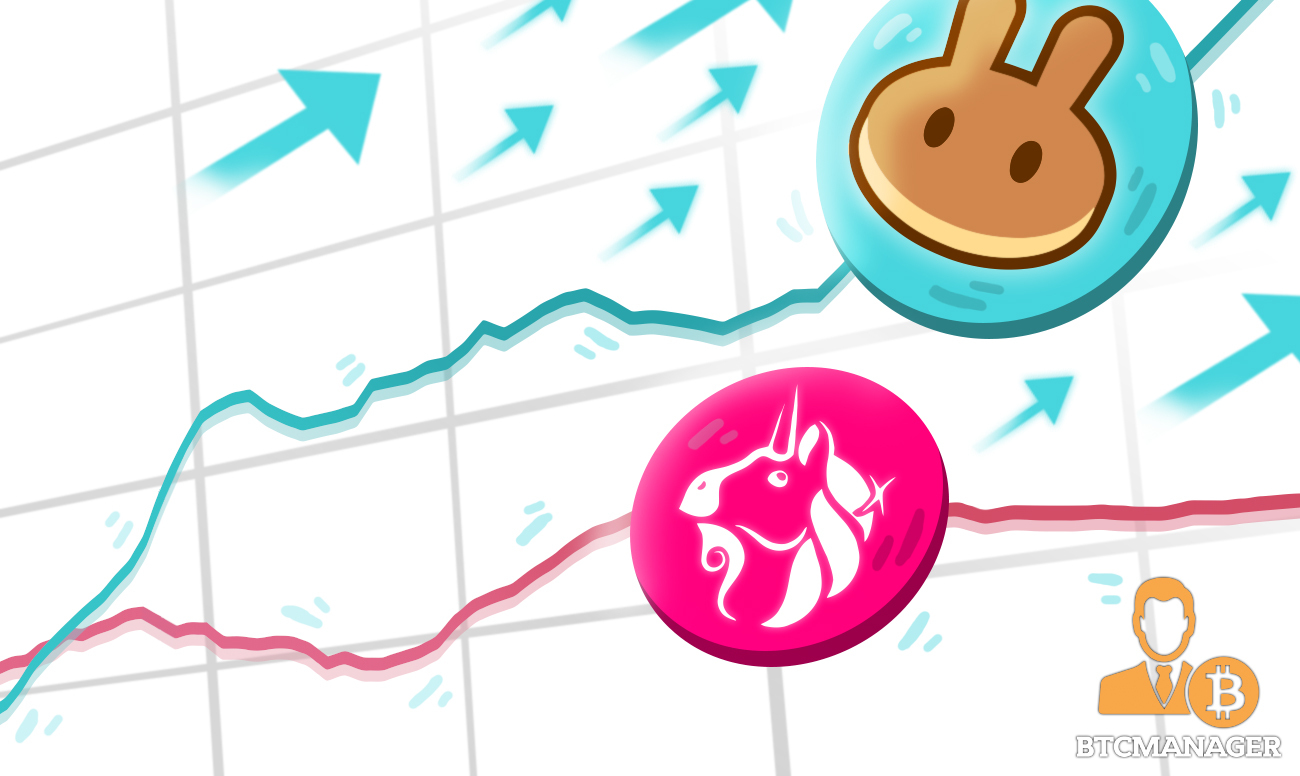 In a tweet published on April 12, Larry Cermak, Director of Research, The Block shared data indicating the daily addresses interacting with contracts (7DMA).

This chart obviously needs heavy caveating but still interesting to see the trend over the last ~3 weeks. Not hard to believe either when retail is coming in bunches and costs are vastly different.

Data is from @DappRadar pic.twitter.com/PNhKyR5TuT

Cautioning that the chart might not be complete in terms of nuances pertaining to the data, Cermak added that the skyrocketing popularity of PancakeSwap could be attributed to the high number of retail investors flocking to the cost-efficient DEX, unlike Ethereum-based Uniswap.

However, this does not mean that Uniswap is losing the edge.

Cermak adds that Uniswap might not actually be losing that many users. In fact, the big liquidity providers are still actively participating in Uniswap liquidity pools and will likely continue to do so given the impending launch of highly capital efficient Uniswap v3 in May this year.

Notably, it is not only the number of interactions with the PancakeSwap smart contract that has been on a steady rise. Pretty much, all other growth metrics such as web traffic, social interactions, and wallet addresses have been increasing naturally for the BSC-powered DEX.

Is Ethereum Losing the Edge?

Although ether continues to rise and record new ATH prices in the midst of the ongoing bull run, the rise in price of BNB – the native token of the Binance crypto exchange and BSC has been far more exponential.

For example, at the start of the year, BNB’s price was hovering around $40 while at the time ether was trading around $800.

Clearly, the pace of price appreciation witnessed by BNB and other competing blockchains such as Solana has led many to believe that Ethereum might lose its edge as the de-facto smart contract platform if the gas fees are not fixed anytime soon.

For Ethereum permabulls, there is still plenty of hope in the form of multiple Layer-2 scaling solutions such as Polygon, Optimism, and Arbitrum.