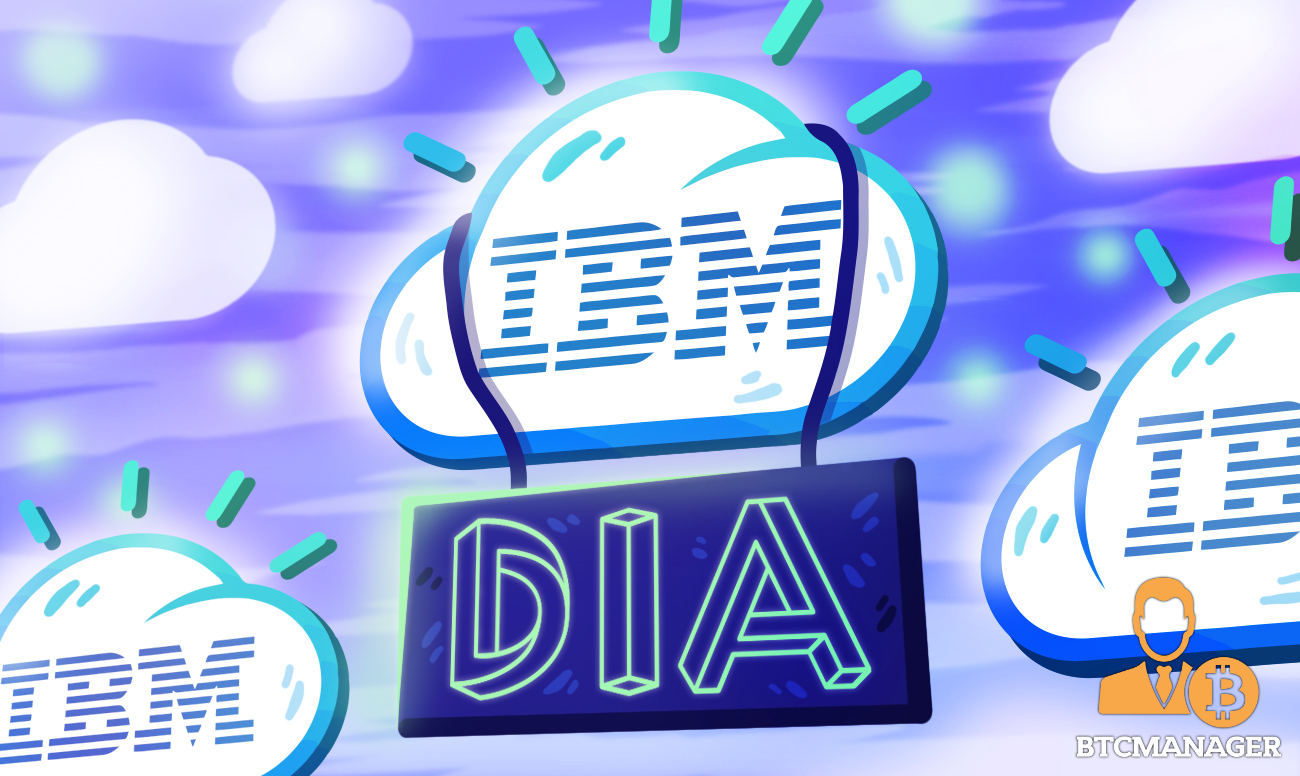 According to a joint press release issued by DIA and IBM, the DeFi protocol has migrated its platform to IBM Cloud to leverage IBM’s suite of robust security protocols for its financial data service delivery. Under the aegis of IBM Cloud, DIA plans to protect its backend infrastructure from external hacks and other malicious cyber breaches.

As part of the migration, DIA will reportedly utilize Keep Your Own Key (KYOK) and other confidential computing protocols available on the IBM Cloud infrastructure to offer full-spectrum data protection with complete authority for the project’s workload. Thus, even with the migration to IBM Cloud, DIA still maintains full control of its crypto keys.

Commenting on the importance of the migration to IBM Cloud, DIA co-founder Samue Brack remarked:

“IBM Cloud Hyper Protect Services, confidential computing capabilities and IBM LinuxONE enable us to help implement a high security standard in the oracle landscape. Being able to assure that no third party can view or manipulate our off-chain computing operations effectively protects DIA and its users from potential malicious inside and outside attacks.”

For Hillery Hunter, VP IBM Cloud, the migration affords DIA the opportunity to work with clients in regulated market spaces who require robust confidentiality and security measures. According to Hillery, the move could hold significant implications not just for DIA alone but for the emerging DeFi ecosystem especially in the area of attracting interest from mainstream investors.

The DeFi space has seen numerous breaches and opportunistic profiteering exploits that often target centralized oracles as points of vulnerability. Indeed, these incidents have seen calls from across the DeFi space for more robust oracle services to prevent such attacks.

IBM remains a major mainstream participant in the emerging blockchain scene with numerous partnerships and collaborations. These projects are examining diverse use cases for the novel tech including supply chain management, healthcare, and diverse enterprise decentralized ledger technology (DLT) pursuits.

As previously reported by BTCManager, seafood producers in Norway tapped IBM blockchain for better supply chain traceability. Back in September 2020, a consortium of Australian banks partnered with the business tech giant on a trade guarantee project.