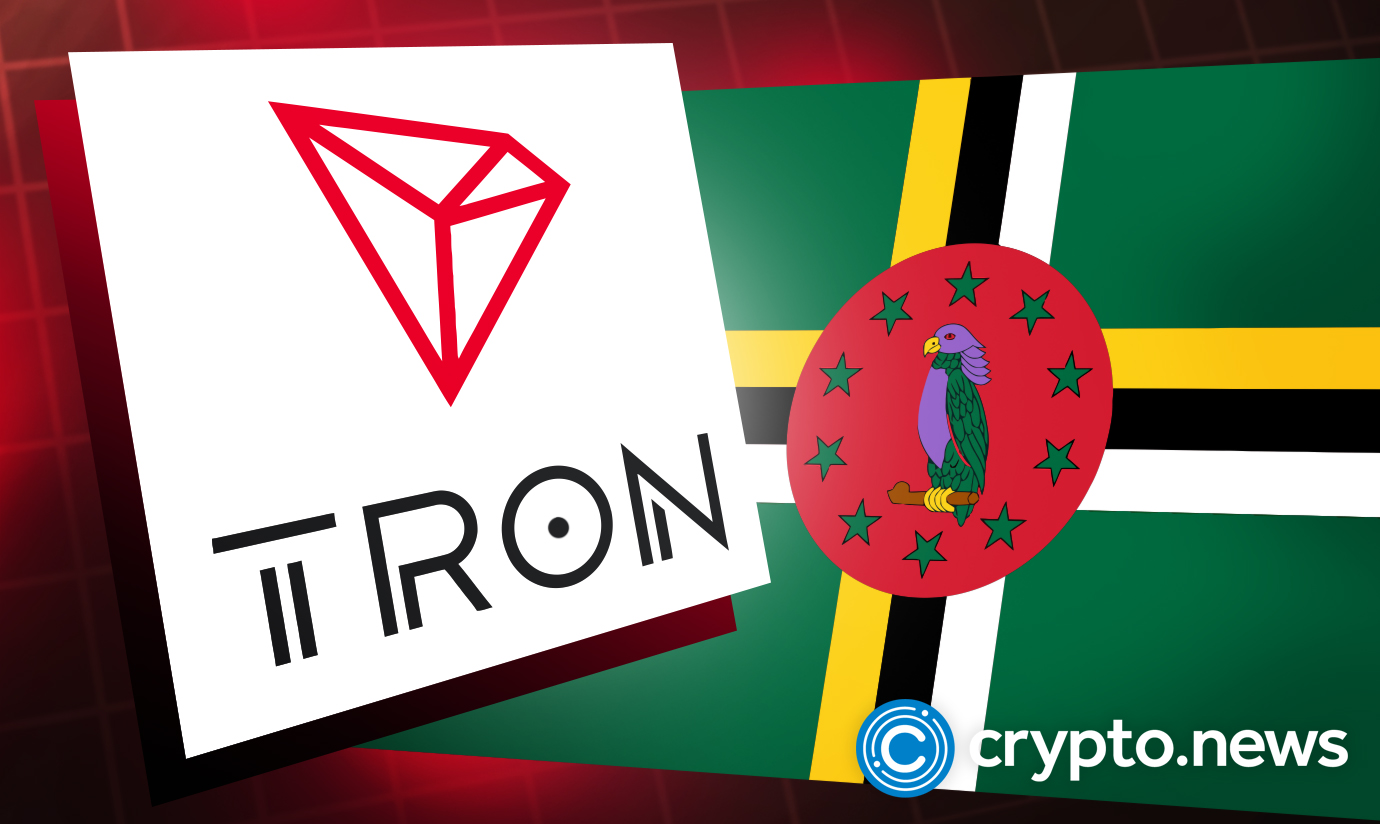 The Commonwealth of Dominica and TRON will collaborate to create and release the Dominica Coin (DMC). The partnership is a turning point for the Eastern Caribbean country, which passed the Virtual Asset Business Act in Parliament earlier this year.

Moving for a National Blockchain-based Currency

According to Dominica’s Prime Minister, Dr. Roosevelt Skerrit, this is a historic step in the country’s efforts to boost economic growth by embracing digital innovation and designating TRON Protocol as its designated national blockchain infrastructure.

Historically a tourism haven, their new vision aims to welcome more people to the Caribbean than just tourists. The future better integration of Small Island Developing States like Dominica into the global economy will be facilitated by the open and affordable nature of the TRON blockchain infrastructure, according to Prime Minister Roosevelt Skerrit.

TRON will be the Default Blockchain For Global Settlements

H.E. Justin Sun, the founder of TRON and the Permanent Representative of Grenada to the World Trade Organization, promotes the growth of e-commerce and blockchain technology in the region to increase the Caribbean nations’ participation in the larger global economy.

“The TRON team and I are honored that Prime Minister Roosevelt Skerrit has placed his confidence in TRON to build the blockchain infrastructure that will enable their participation in the decentralized financial future. “We hope it is the first of many technological alliances with independent governments that will follow.”

It was exciting for TRON to commit to supporting Dominica’s vision for the future. An effective public blockchain collaborates with a sovereign state to build its blockchain infrastructure for the first time. TRON’s partnership with Dominica opens up a variety of usage scenarios.

TRON DAO: All You Need to Know

TRON DAO is a community-run DAO whose mission is to hasten the decentralization of the internet through blockchain technology and dApps.

H.E. Justin Sun founded Tron in September 2017, and since the launch of the Mainnet in May 2018, it has continued to produce impressive results. In July 2018, BitTorrent, a pioneer of decentralized Web3 services with over 100 million monthly active users, joined the ecosystem.

Recent years have seen tremendous growth for the TRON network. As of October 2022, according to data from TRONSCAN, it had more than 115 million user accounts on the blockchain, more than 4 billion transactions, and more than $13.2 billion in total value locked (TVL). As of April 2021, TRON has surpassed USDT on Ethereum as the stablecoin with the largest global supply of USD, Tether (USDT).