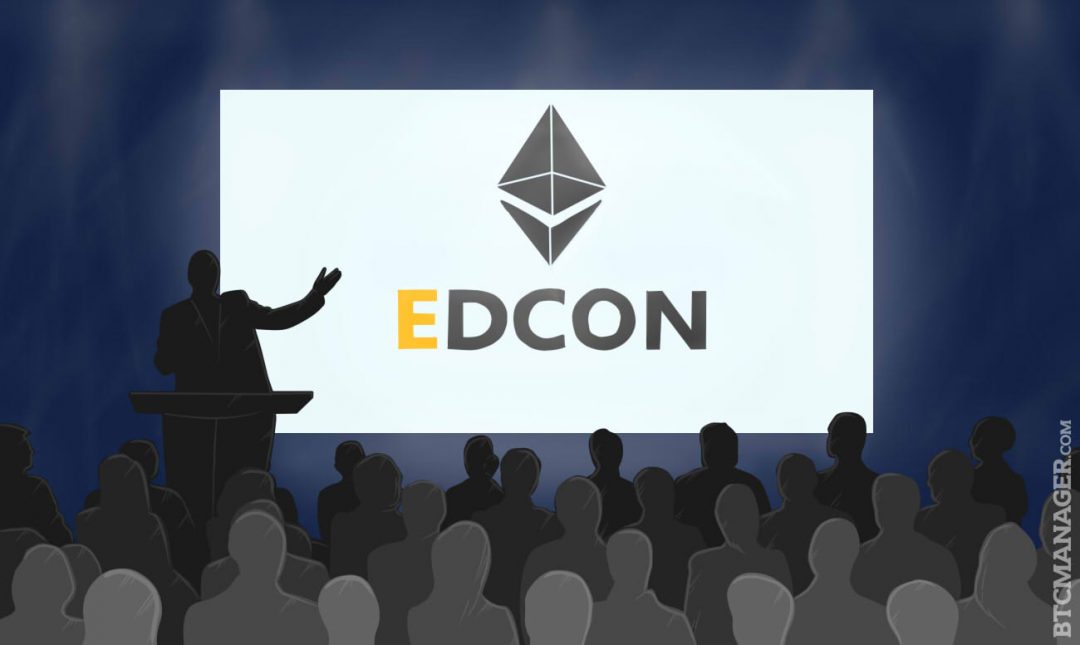 The EDCON conference, an annual event focused on development within cryptocurrency and Ethereum in particular, came to a conclusion February 18. Below are just a few of the most important highlights of the conference.

First introduced in early August of 2015, Casper is a consensus protocol utilizing a revised version of Proof of Stake, where participants must place a security deposit to reap the rewards from maintaining the network. While this has been in the works for a couple of years now, it looks like Ethereum is closer than ever to switching to a more energy-efficient protocol to verify the network.

While pooled mining is beneficial for miners and the network, there are potential issues with Bitcoin and Ethereum as mining in these cryptocurrencies is highly centralized. Miners will have to implicitly trust pools to record shares accurately and pay the rewards correctly. Also, there is the threat of transaction censorship threat, as pools, not miners, decide which transactions to include.

SmartPool’s solution will see miners submit batch shares and disincentivize cheating with a penalty scheme. SmartPool emphasizes that while blockchain and smart contracts are tools to remove centralized operators, they are not the solutions

The white paper also touches on how to run mining pools for other cryptocurrencies on Ethereum. The testnet will be deployed in March 2017, followed by a mainnet release in May and perhaps also supporting other altcoins dependent on the funds SmartPool raise.

ENS is an improvement upon the Ethereum problem that makes sending and receiving Ether more human-readable, ditching complicated strings of digits and letters instead of something more memorable, like an email address or a name. ENS is scheduled to be available in mainnet shortly and will be the default name registry for the Mist wallet.

AKASHA or Advanced Knowledge Architecture for Social Human Advocacy presented an update regarding their decentralized social media network using Ethereum as well as an Inter-Planetary File System. This will allow for a permanent storage of information, for generations to come that is censorship proof by design.

Cosmos is another up and coming development which presented at EDCON. Cosmos looks to solve the problems of blockchains such as energy efficiency, poor performance or limited transaction throughput, as well as scaling issues cryptocurrencies like Bitcoin have by utilizing a “network of many independent blockchains called zones.” Cosmos’s white paper goes into more detail here.

Alice.si and Giveth Display Philanthropic Side of Ethereum

Alice.si is slated as a hyper-transparent philanthropy, helping charities to attract money in such a way that donors only pay for concrete results and successful social programs. Also, Giveth’s Griff Green delivered a presentation on how his project will improve the incentive mechanisms behind the conduct of charities.

Through the use of smart contracts, donors and change makers will be matched together, communicate on progress, set milestones, etc. via social media and Slack, but will then eventually integrate with other dApps such as AKASHA and Status.im. A donation can be tagged with a certain project in mind or directly to their favorite Decentralized Charitable Organization (DCO).

The author of ‘The Business Blockchain’ William Mougayar delivered a presentation at EDCON examining the state of the Ethereum Ecosystem, noting how the blockchain platform has permeated a vast swathe of the blockchain technology landscape. For 2017, Mouyagar says that 80 percent of ICOs will be done using Ethereum, with around $600 million forecasted to be raised by 300 projects.

Also, he predicts ETH’s total value to reach anywhere between $5 to $10 billion, from the current $1.2 billion market capitalization. Finally, ‘The Business Blockchain’ author points to areas where the ecosystem can improve, such as marketing and communication, a greater number of end-user applications, better middleware and APIs, and less hype on ICOs.

Besides new developments on existing as well as emerging projects, various prominent members also spoke about the future of Ethereum Core going forward. As Ethereum increasingly becomes the go-to choice for decentralized applications looking for a platform on which to build upon, it is important more than ever Ethereum can provide rock solid stability and reliability to the services layered on top of it.