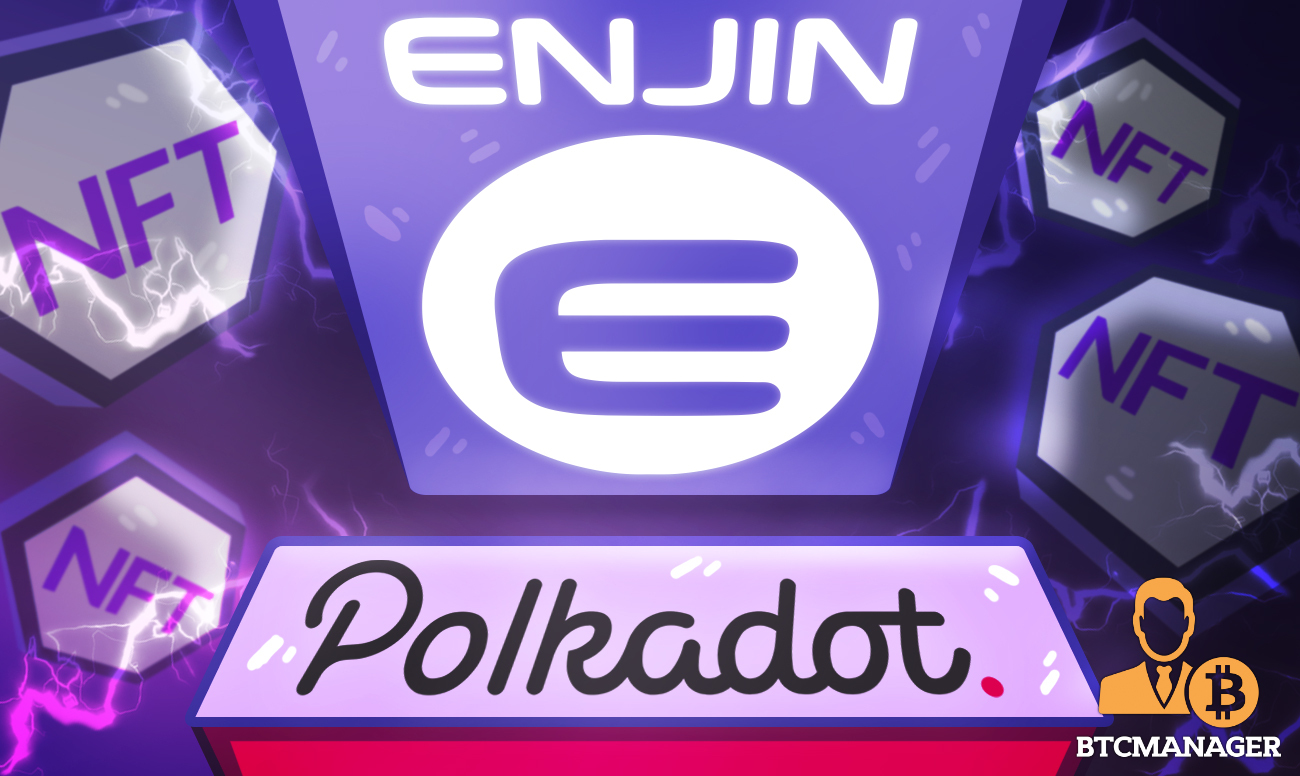 Enjin has managed to raise 18.9 million dollars to launch Efinity, the first dedicated NFT blockchain on the Polkadot network. With the ongoing NFT uptrend, the move will see better commerce for NFT-based games and other applications.

Behind cryptocurrencies like Bitcoin, blockchain is the open and safe digital ledger. Enjin helps developers with NFTs to mint one-of-a-kind digital elements that can be blockchain authenticated.

Last week, Ludena Protocol, the publisher of GameTalkTalk’s social player website, established a new partnership with Enjin, Singapore. In South Korea, cryptocurrency and gaming excitement is also a drive to give a boost to NFTs.

Enjin was created in 2009 and centered on NFT’s in 2017, which is the main platform for game-based tokens to compete with Ethereum. One of their benefits is that Enjin has launched a 5-step plan for carbon-neutral NFTs by 2030. To date, $37.8 million has been raised. Enjin has also worked with Microsoft just recently to launch more NTFs.

One of the challenges for cryptocurrencies such as Ethereum and Bitcoin early on in blockchain was that it needed a lot of computer power to mine coins, based on the “proof of work” design miners needed to solve the complex computer puzzle. However, Enjin switches to “proof of stake,” which relies on a smaller number of trusted computer partners to verify data. This verification method does not use as many resources. Compared to Bitcoin and Ethereum, the difficulty is that not as many users are aware of Enjin.

Caleb Applegate, Enjin’s chief operating officer, said the NFTs should be for everybody in the declaration. And with Polkadot building, Enjin will have an open, scalable solution that enables everyone to participate in the evolving NFT economy. With Efinity in mind, he said, it will give everyone a fun, convenient, and affordable experience.

The team has published an overview of the new EFI intended to cover transaction charges, liquidity, and returns by staking Enjin Coin (ENJ). Community governance would enable EFI holders to apply and vote on proposals to guide the network’s future.

To allow NFTs to run between Polkadot, Ethernets, and other blockchains, Enjin will be investing further in developing open-source bridges in Snowfork. Starting at NFT.io, Efinity marketplaces can reward EFI bidders, generate perpetual liquidity of all assets, and enable collectors to see their NFT portfolios valued up to date.