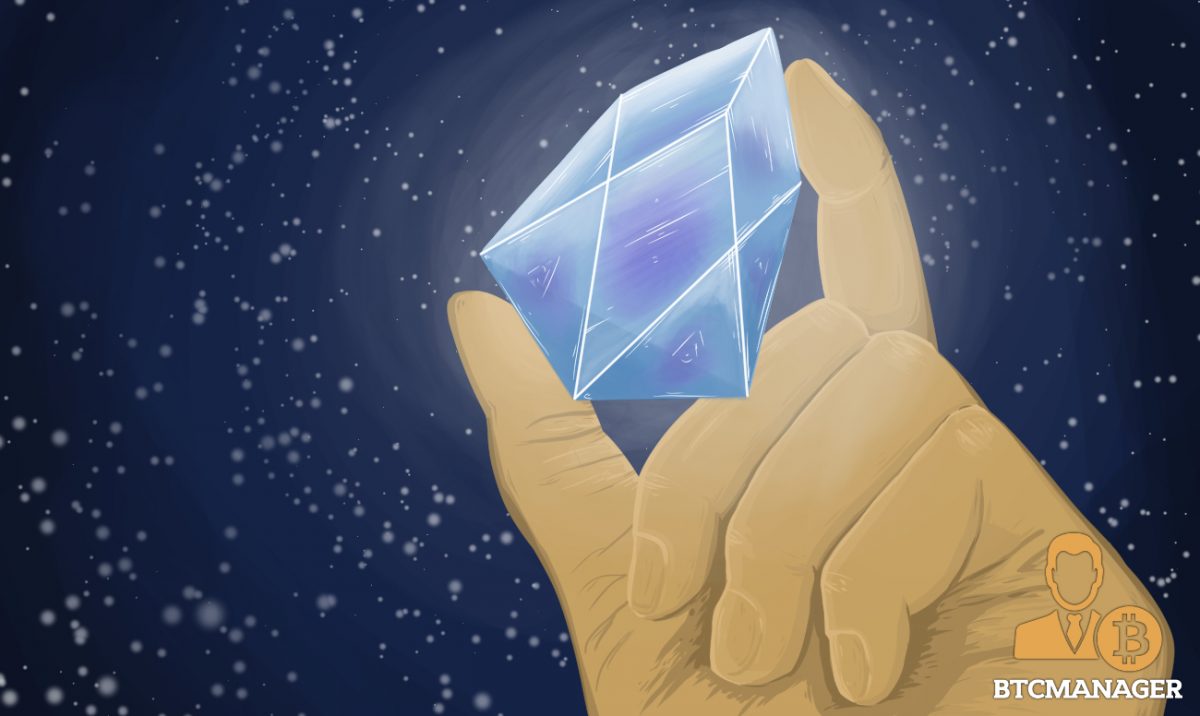 A snapshot of EOS addresses revealed that only ten wallets hold over 496,735,539 tokens or 49.67 percent of all one billion EOS tokens. The “raw code” was posted to GitHub after the June 2 EOS snapshot.

Block.one, the company that issued EOS’s ICO and the developed the protocol’s initial code, holders over 100 million tokens or 10 percent of the total circulating supply. Thus, the company has $1.5 billion worth of EOS in addition to the $4 billion in raised funds. The top ten addresses hold 396,735,539 tokens, amounting to 39.67 percent of the total tokens when excluding Block.one.

A glance over the various addresses shows one with 75 million EOS, worth over $1 billion. Of the top ten addresses, the one with the lowest value holds 20.6 million EOS or $280 million at the time of writing.

While it is difficult to find out the owners of these EOS addresses, it is likely that an exchange holds these in a cold wallet. The sheer amount of EOS makes it unlikely for the owner make use of a hot wallet.

In fact, the top ten addresses may not be of a single person/entity, and may even be an interaction between two different exchanges.

Based on the trading volume data available on CoinMarketCap, cryptocurrency exchanges, OKEx, Bithumb, Upbit, Binance, Bitfinex, Huobi, and Block.one have handled over $150 million of EOS transactions in the past 24 hours at press time. 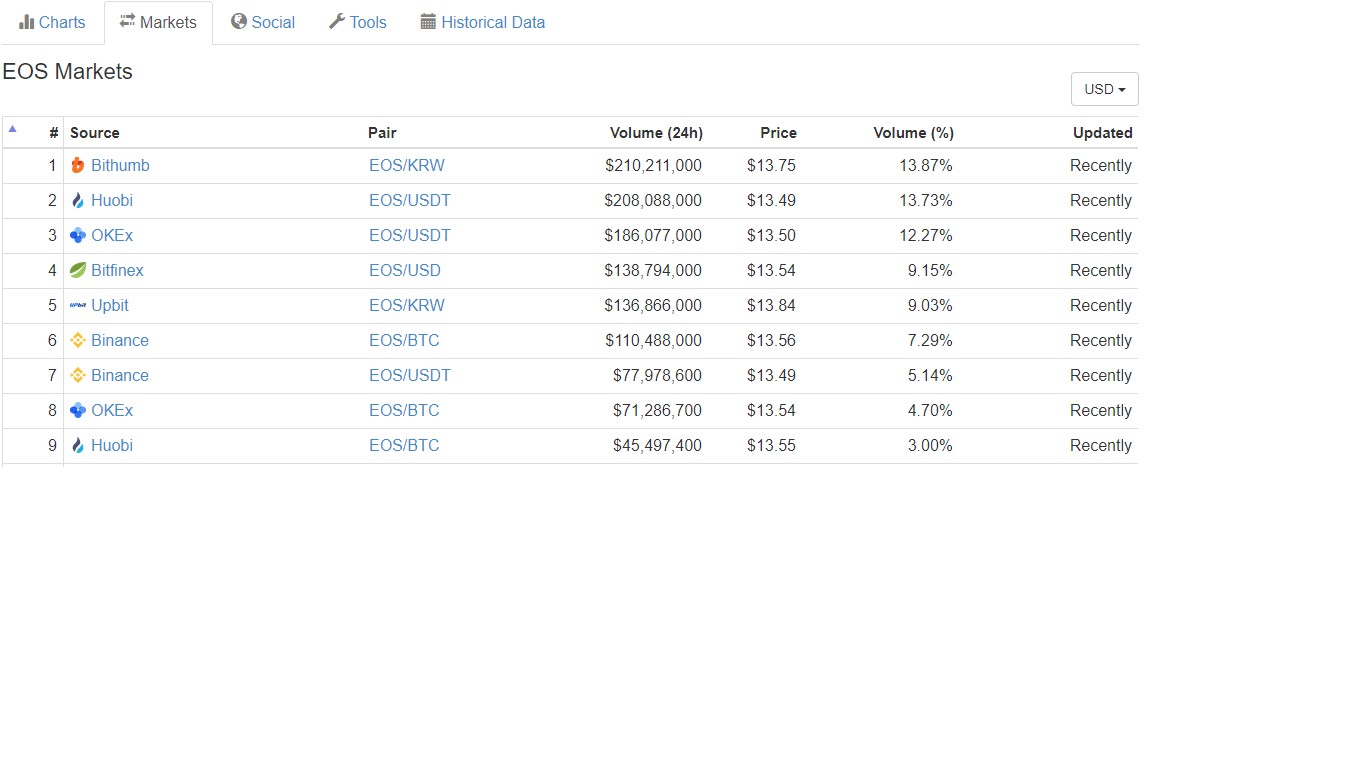 Not All Can be Exchanges

As per CoinMarketCap’s data, only 50 exchanges handled upwards of $1 million EOS in the 24 hours preceding press time, with multiple exchanges repeated to denote the different currency pairs. Hence, at least 75 addresses of the top 100 are not exchanges and hold over $250 million cumulatively.

Next, an individual/entity would require only 646,595 tokens or $10 million to be part of the exclusive top 100 EOS account club. By all means, this would grant the holder major voting rights.

According to analytics site Token Analyst, they estimate the percentage of all tokens held by exchanges is just under 20 percent.

It must be noted that the list does not represent the actual number of EOS holders, as an entity can have more than one address, i.e., the top ten could, in reality, be just five entities.

Now comes the important part; as per the EOS protocol, shareholder voting is weighted on the number of tokens held. And in this case, ten percent of the total votes can indeed be decisive. With such a high concentration of EOS tokens in the top ten, it becomes almost impossible for these holders to lose if they collude.

However, with the limitations of the data at hand, it is hard to say for sure whether these addresses are linked to exchanges, as some are vying for Block Producer status – Block Producers have a chance at being nominated to be one of EOS’s 21 supernodes. Nevertheless, the distribution fares worse than Ethereum’s in its early days:

It was nowhere near this bad and ETH didn’t rely on voting to choose block producers who in EOS stand to profit to the tune of of multiple millions per year. https://t.co/xw7eNQUZ7y

For example, Bitfinex, which is holding over $200 million in EOS, after a strike of fortune develops close relations with Block.one. According to Token Analyst, the exchange holds 17,415,204.89 tokens, less than 50 percent of what Bithumb holds, with Huobi and OKEx also having more considerable holdings. Bitfinex and Block.one (which now hold over 20 percent of voting rights) will cumulatively hold more voting power than the top 1000 account holders.

One may think that decentralization may come to the rescue of retail investors. However, this is not proving to be the case. Of the four groups that were trying to launch the mainnet, only one chain will be launched, allegedly due to EOS Chief Technical Officer Dan Larimer’s influence.