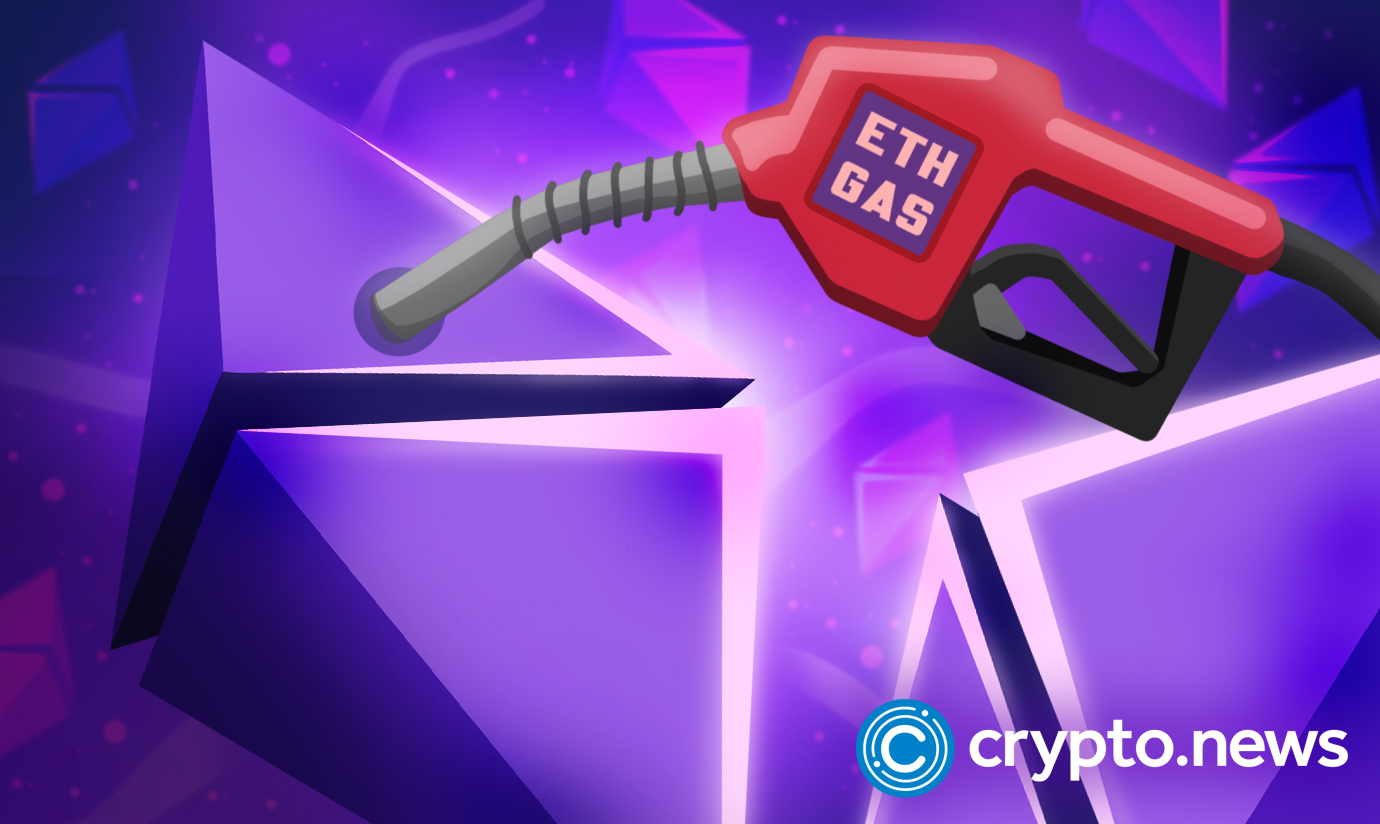 According to data provider Santiment, Ethereum gas fees have fallen to 11.3% per transaction. The current gas fee levels are relatively lower than the $34.19 per transaction ETH traders had to pay last November.

Ethereum, the second-largest cryptocurrency by market capitalization, has been criticized for its spiking gas fees. Last year around May, the coin charged as high as $38.28 per transaction. However, things have improved since then, with traders now paying 11.3% per transaction on the Ether network.

The developments regarding Ethereum gas fees have been satisfying over the past few months. In November, the crypto market was in a bull market, many transactions were witnessed, which caused significant coins like ETH to raise their gas fees due to high demands. However, a significant sell-off followed the bull market, causing most coins to fall in price.

Since gas fees rise or fall according to the number of transactions done on a network at a particular time, the current dip can be credited to the falling gas fees. ETH traders will benefit significantly from the current gas fee to create larger profit margins. It will also benefit the smart-contract projects that run on its network.

The fall in the ETH gas fee follows current developments in the ETH network that aim to improve the network’s functionality. The news also came weeks after Ethereum Founder and Developer Vitalik Buterin made some statements regarding the issue. He tweeted a thread explaining his past crypto predictions and coming expectations.

Vitalik also noted that ETH supports many projects, and congestion has been the central issue in its operations. He said that the congestion caused a high demand for services from the network, pushing it to have high gas fees. However, he pointed out that he believes that the Internet of Money should have gas fees that do not exceed 5 cents per transaction.

Additionally, Vitalik explained that his development team is working hard to solve these issues and lower the ETH’s transaction cost. Ethereum has been transitioning to an upgraded version that will be faster and more efficient. The network will be named ETH 2.0 but will still operate as the same coin as the original network.

Ethereum traders have expressed their frustrations regarding the spiking gas fees, and the network’s DEV team is preparing some solutions. The network is already being upgraded to a more efficient iteration. The DEV team is transitioning its verification mechanism from PoW to PoS.

Once the network adopts the PoS mechanism, the gas fees will reduce since it will do away with the miners. It will also become more efficient and competitive with other networks that already use the PoS mechanism.

According to data tracker Moralis, the ETH 2.0 will be rolled out in two stages, possibly by the end of 2023. These upgrades will increase the network’s transaction speeds and capability, reducing the gas fees required. Therefore, it is good to keep track of the ETH 2.0 upgrades since they may shake the crypto space significantly.