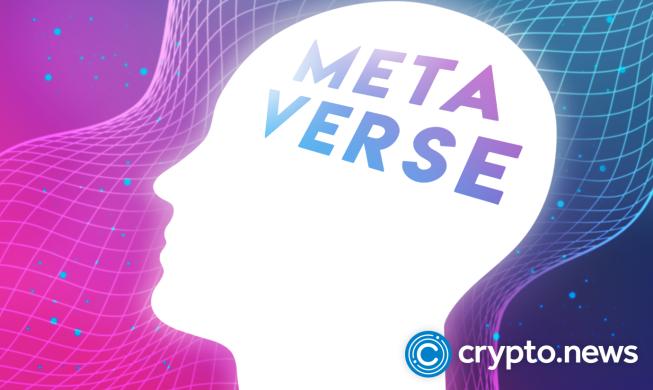 The Metaverse is a digital world that mimics the real world in every possible way. From social media, an entirely new world of immersive experiences has emerged with hopes of complete adoption by the masses. Even with the silent Metaverse revolution brewing, experts have raised concerns about the basics of emotional psychology in the digital world. This article explores the relationship between the Metaverse and human psychology.

In many ways than one, our psychology shapes the Metaverse. Such an example is the pursuit of pleasure since humans seek rewarding experiences. The Metaverse is forged to piggyback off of rewarding pathways inside the brain. It makes it a fascinating world where users will want to return time and again. Take a page from the challenges faced through social media, case, and point to social media addiction. A decade and a half ago, social media addiction wasn’t as common as it currently is. More so, the Metaverse will be a successor to this addiction.

The pursuit of power also shapes the Metaverse by magnifying power imbalances. To be precise, individuals with early access to the digital world will want to stake claims and have influencing power. Moreover, access to the Metaverse will be limited to your finances, as such aggravating social inequities. As a result, those at a disadvantage for geographic, economic, or social reasons will be left behind.

Among the most potential impacts of the Metaverse and engaging in virtual interactions is concerns for psychoses. The Chief Science Officer at the American Psychological Association, Mitch Prinstein, quoted that the digital space is creating loneliness and adds that it creates more body image concerns. Also, he exclaims that “exposure to harmful content could be a trigger for suicidality.”

The virtual world is an escape from reality, away from distresses of life, and invokes temporary pleasures. However, excessive digital technologies in the 3D world could negatively impact your mental health. It might cause issues like depression and irritability. However, it can also treat mental issues like phobias and PTSD.

As the Metaverse targets the influential demographic that comprises teens, it has dire consequences in the long run. This is mainly because the young population still has to undergo an important stretch of their emotional and mental development. Interfering with this edification could ruin their emotional responses and, in the long run, affect their psyche. Tech companies should employ tools to ensure the safety of users’ mental and emotional health, such as age verification tools and content moderators.

According to the “Godmother of the Metaverse” Cathy Hackl, the virtual world is a space where individuals share experiences. Cathy says, “Nowadays, if you want to find out about a brand, you go to its website; the next stage will be to go to its virtual world.” It changes how people engage with brands, transferring emotions from the real world to the virtual space. The Metaverse also eliminates communication challenges and enables people to communicate as an equal part of a community.

Whether the virtual world is created to better interactions and engagement with one another, users are isolated, and there isn’t any real human engagement. This is important since it exacerbates mental health issues and addiction. Social experiences might have a realistic feeling in the Metaverse, but the individual behind an avatar will still be alone. Physical interaction is an important part of mental well-being.

However, virtual technology has revolutionized interaction and has made it easier to seek and access professional assistance in any industrial field. Moreover, people can have a real-feel experience interacting with family and friends.

Recent research shows various adverse effects of social media; the same challenges could apply in the virtual world. These challenges affect the psyches of young minds depicted in the prevalence of harassment, bullying, and self-esteem issues.

Albert Rizzo, a psychologist serving as a director for virtual medical reality in the USC Institute for Creative Technologies, attests to these issues becoming more prevalent in the Metaverse. In his own words, Rizzo says, “Once you’re embodied in a space, even though you can’t be physically touched, we can be exposed to things that take on a level of realism that could be psychologically assaulting.”

Also, a population working with low levels of patience and self-control could be disastrous. The Metaverse amplifies this regardless of its having good market potential. Issues like delayed gratifications will be among the concerns. In the virtual space, your actual mental characteristics will be amplified. People with lower emotional intelligence might be at risk of engaging poorly with others. The Metaverse has bells and whistles. However, the digital world will have limitless advantages by focusing on resolving these challenges.

Overusing digital technology is commonly associated with several mental health issues. Among them include psychoticism (0.5%), paranoid ideation (0.5%), depression (4%), somatic symptoms (6%), and other serious mental illnesses. Overusing this technology might not be a good idea for your mental health.

Ironically, the Metaverse is spearheaded towards enhancing social relations, erasing the challenge of distance, but in a real sense, users are alone in one place. This interaction creates temporary feelings of pleasure and momentary excitement. This results in users becoming Metaverse “junkies,” dependent on digital devices. Furthermore, this will lead to the overuse of virtual technologies, causing these mental issues.

Facebook’s Reality Labs Division is designing the outline of their virtual world and seeks to produce the feeling of interaction virtually. Such virtual interaction will assist individuals experiencing delusions. This has been evidenced by the controlled clinical trials that have helped people with psychoses to cope. However, it’s not considered a permanent solution to these issues. For people with schizophrenic-like symptoms, the Metaverse serves as a temporary ‘safe haven.’

However, the irony is baffling since the Metaverse and virtual reality promise to improve users’ emotional and mental health. For example, Rizzo, a USC research expert, explains virtual reality treatments that promote empathy for PTSD and psychological trauma patients. Empathy has been identified as a muscle that could be strengthened through practice. Companies like Oculus have invested in programs that incentivize developers to create content for social well-being.

The non-real-time virtual reality is designed to enhance action-oriented and cognitive empathy. The embodied experience assists society in reflecting on nature and real-life experiences. Regardless, immersion into the digital space increases the chances of getting divorced from reality. In turn, this leads to delusional and even psychotic symptoms.