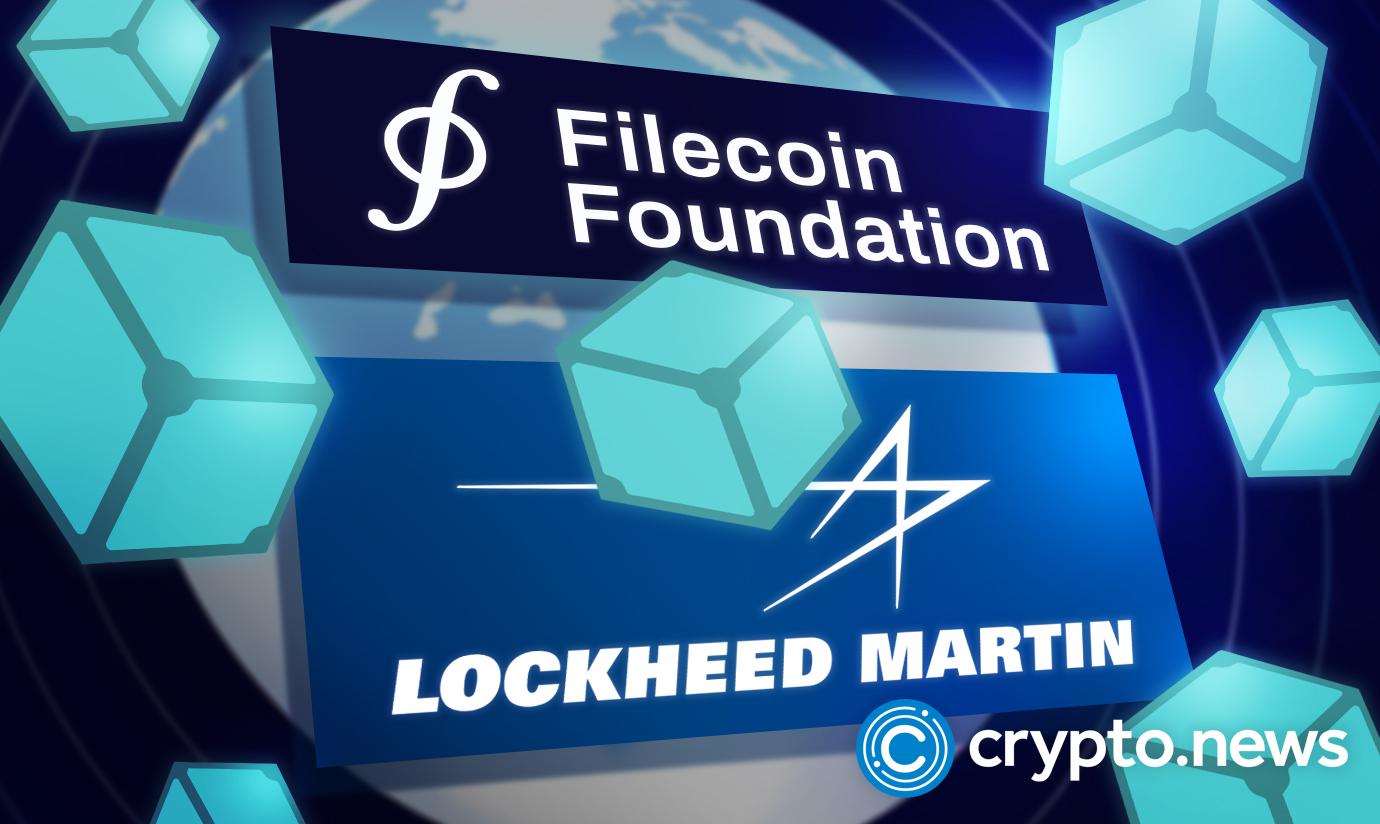 The FileCoin Foundation has partnered with Lockheed Martin Space to create blockchain nodes in space. According to a recent tweet, FileCoin is looking forward to developing the blockchain infrastructure in space via IFPS.

FileCoin and LMSpace Partnership to the Moon

The corporations are collaborating to launch the Interplanetary File System into orbit as a vital piece of digital technology that will change how information is accessible in the current economic system.

According to the FileCoin foundation, good space communications infrastructure directly translates to the prosperity of the space economy. Therefore, the partnership is the next step in developing infrastructural facilities that will revolutionize how people will obtain and transmit information in Space.

Joe Landon, Lockheed Martin’s vice president of advanced programs, believes that SpaceSpace will eventually be more than the desired location. It will be the center of a new, Earth-independent space economy. He also stated that the job they will do with Filecoin is a continuation of their commitment to space infrastructure. They’d have to create the necessary electronics to sustain a long-term space program.

“One satellite will be fuelling another in the future. This is a transaction that takes place wholly in SpaceSpace and has no connection to Earth. For that reason, decentralizing them makes sense, “Landon explained.

Furthermore, satellites currently communicate primarily with servers on Earth. Still, because of the immense ranges of Space, commands sent to spacecraft orbiting the moon or Mars may take several minutes to arrive. If urgent instructions or data must be transmitted, this may take an eternity.

He claims that deploying satellites to act as intermediaries for this type of data will minimize the delay.

Will this Initiative Lead to Decentralized Storage of Data in Space?

The Filecoin infrastructure, cryptocurrency-powered decentralized storage connectivity, uses IPFS as its fundamental technology. Lockheed Martin manufactures spacecraft and spaceships for both commercial and government customers. The advantages of decentralized file systems will be brought to Space by FF and Lockheed Martin’s Space Department.

As a result, these computers might be placed somewhere other than Earth to speed up the interplanetary connection, such as for GPS coordination or environmental control. The purpose is to minimize the delay when receiving data from far away places like the moon.

The two companies want to work together to find satellites or other space-faring infrastructure to store software that can run an InterPlanetary File System (IPFS) node.