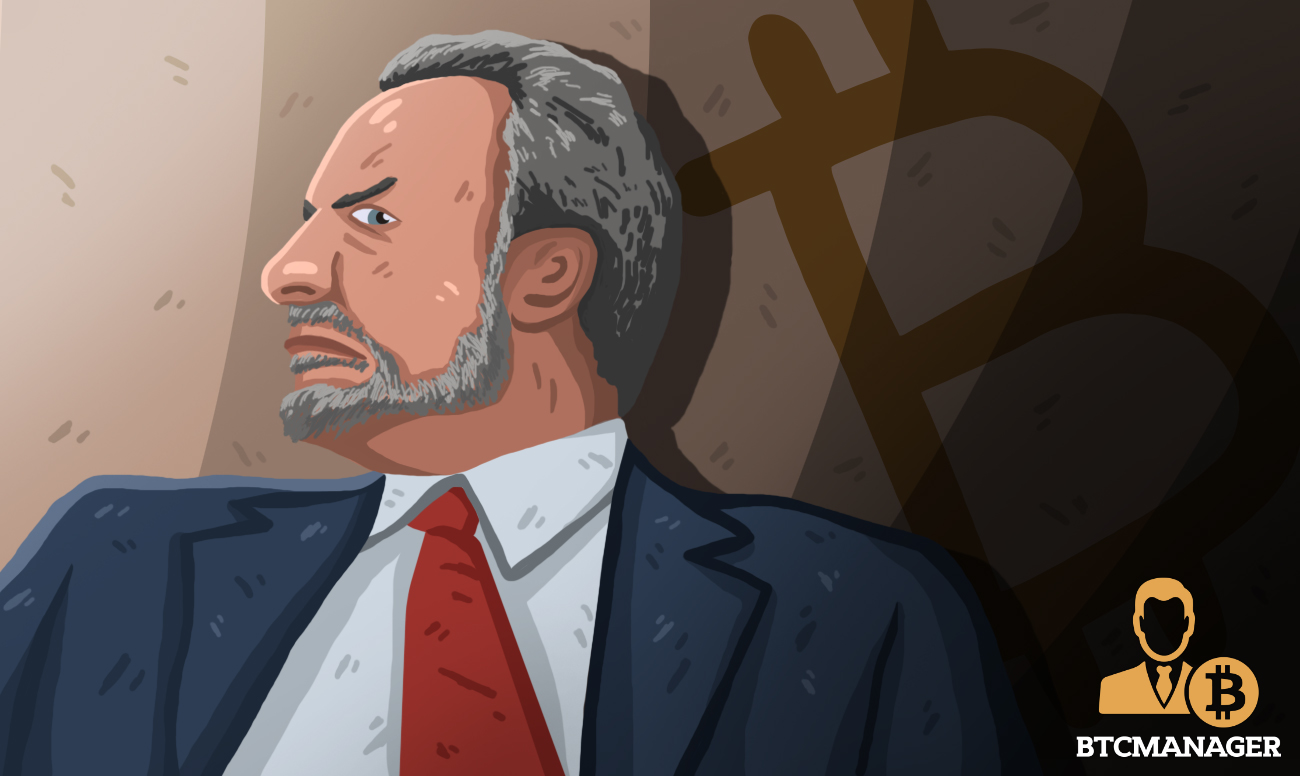 Euro Pacific Capital CEO, American stockbroker and unwavering bitcoin critic, Peter Schiff, has come out again to bash the number one cryptocurrency, bitcoin. After admitting to making a mistake regarding his bitcoin wallet, the goldbug still believes that the pioneer digital coin has no store of value and current BTC hodlers will suffer huge losses.

According to a recent tweet on January 23, 2020, by die-hard bitcoin basher, Peter Schiff, current bitcoin owners will end up losing all their assets in the end. The tweet reads:

“The fact that the price of Bitcoin went up in the past does not qualify Bitcoin as being money and it has nothing to do with my analysis.  I concede that many people who bought Bitcoin in the past and sell it now will profit. But those who buy it now and hold will suffer a loss”.

The fact that the price of Bitcoin went up in the past does not qualify Bitcoin as being money and it has nothing to do with my analysis. I concede that many people who bought Bitcoin in the past and sell it now will profit. But those who buy it now and hold will suffer a loss.

Schiff’s tweet comes just after admitting to making an elementary mistake regarding his bitcoin wallet. As earlier reported by BTCManager, the bitcoin critic wailed on Twitter about losing access to his bitcoin wallet, even after inputting the correct password.

However, most members of the crypto community on Twitter did not take the economist serious and instead put the blame on Schiff. Some others saw Schiff’s statement as another opportunity to bring down bitcoin.

The goldbug later admitted to making an error by mistaking his pin for the password,

My #Bitcoin mystery is solved. I mistook my pin for my password. When Blockchain updated their app I got logged out. I tired logging back in using my pin, which was the only "password" I had ever known or used. I also never had a copy of my seed phrase. Honest but costly mistake!

Schiff’s admittance had the crypto community ridicule the economic expert for making such an ‘elementary mistake’, with many stating that Schiff did not take time to study the basic aspects of the technology.

With all due respect, this whole episode goes to show you should be the last person educating / warning people about Bitcoin. You haven't taken the time to learn even the most basic things about it!

Other commenters were quick to state that bitcoin has a higher advantage than gold as it is borderless, portable, secure, divisible, and decentralized compared to gold.

Peter Schiff’s negative and myopic views about bitcoin are not new. Back in November 2019, the bitcoin opponent pronounced doom for bitcoin, stating that with China’s gold-backed cryptocurrency was bearish for the flagship virtual currency.

“Bitcoin was the best performing asset over the last decade. Not sure if the data agrees with your analysis, Peter”.

Statistics show that bitcoin has regularly topped gold in the last 10 years. Also, bitcoin serves as a hedge against other assets in the face of current global market uncertainties. Also, bitcoin’s status as a safe-haven asset is solidified with the influx of millennials and young generation investors.

Furthermore, there has been a marked increase of mainstream institutional companies venturing into the crypto scene. Big names like multi-trillion-dollar financial institution company, Fidelity Investments, have shown interest in the nascent technology.

After making an announcement about venturing into the crypto space, the Wall Street behemoth revealed in November 2019 its intentions to reward employees in digital currency. The company’s virtual currency arm, Fidelity digital assets, is set to widen its business operations to include Europe.