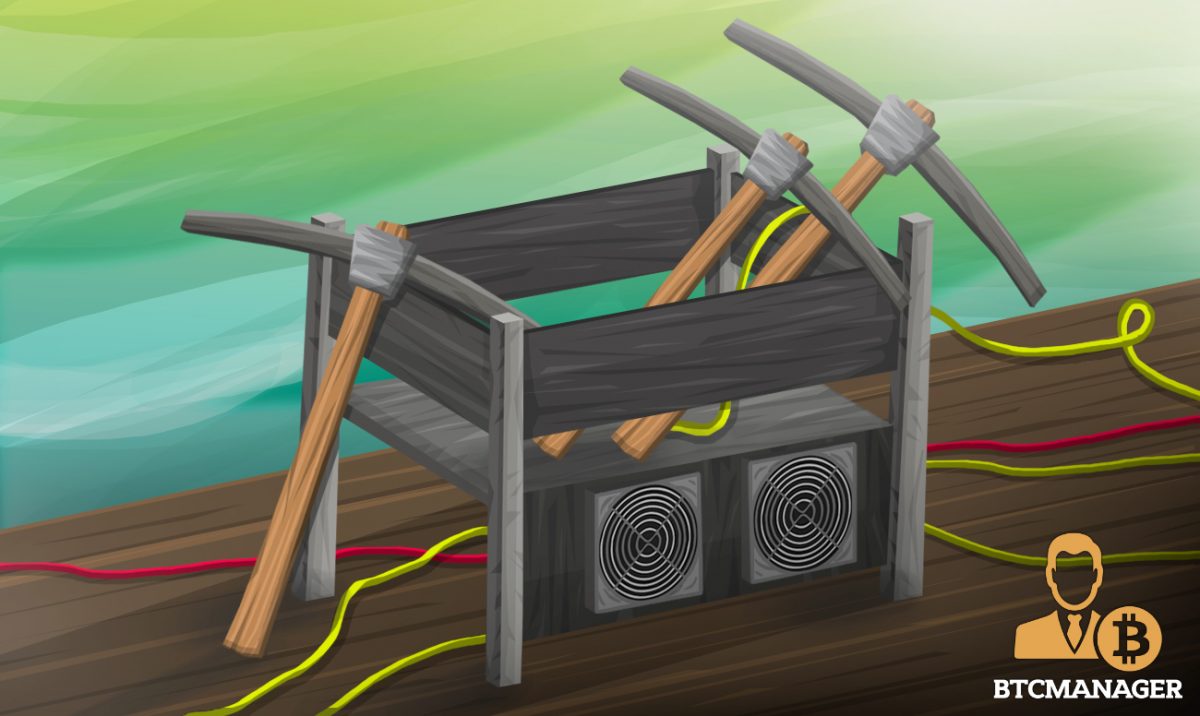 For many years now, Bitcoin mining has been dominated by the Application-specific Integrated Chip (ASIC), and long gone are the days of mining Bitcoin for profit with a central processing unit (CPU), a graphics processing unit (GPU), or even a field-programmable gate array (FPGA). However, thanks to increasingly popular altcoins such as Ethereum (ETH), Zcash (ZEC) and the recently forked Bitcoin Gold (BTG), GPU mining may very well become profitable again.

As their name suggests, ASIC miners are ‘specifically’ designed for solving the Bitcoin hashing algorithm (currently, SHA256^2). The dramatic increase in Bitcoin’s market value, since its inception, has fueled an ASIC arms race, with every new generation of ASIC being faster and more efficient at it than the last, and has driven up demand for, and valuation of, the hardware.

To ensure one block is found roughly every 10 minutes, the Bitcoin network protocol adjusts the mining difficulty every 2016 blocks (roughly every two weeks). So, as the global Bitcoin hashing power (hashrate) increases [Figure 1], the hashing difficulty also increases in direct proportion. 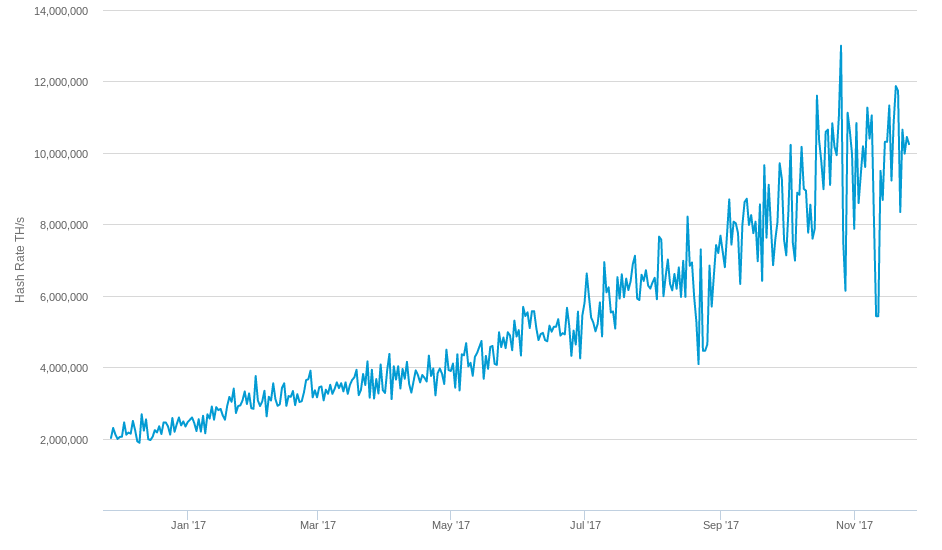 Not surprisingly, ASICs have long dominated the Bitcoin mining industry and driven out all other mining hardware—as the latter can no longer generate enough revenue to cover the cost of the electricity used during operation.

As has often been the case during traditional gold rushes, the real money is made by those selling pickaxes. Similarly, over the course of the recent crypto-mining rush, major profits have been made by the largest hardware developers, such as Bitmain. Jimmy Song writes of Bitmain, “they are likely worth well over $1 billion as a business and are probably the largest and most profitable company in Bitcoin.” During 2017, he estimates Bitmain will make nearly twice as much selling their ASICs (~$140 million) as they will make operating them (~$77 million).

As Song says in his article, this dominance is likely to be relatively short-lived as other players in the industry become more competitive over the coming years. Yet, this ‘centralization’ of the Bitcoin mining industry, has disturbed many in the crypto-community and led to the creation of a number of altcoins attempting to bring back GPU mining and hopefully promote mining decentralization.

So far, the most supported of these altcoins are Ethereum, Zcash, and the freshly forked Bitcoin Gold (BTG). Ethereum uses the hashing algorithm Ethash (Keccak-256), while Zcash and BTG use Equihash. Both algorithms are supposed to be ASIC-resistant, because they require large amounts of random access memory (RAM), which ASICs do not have, due to its relatively high cost. If these altcoins continue to steal market share from Bitcoin [Figure 2], it could be good news for GPU manufacturers, such as Nvidia which has recently released its popular GTX1000 line of graphics cards. 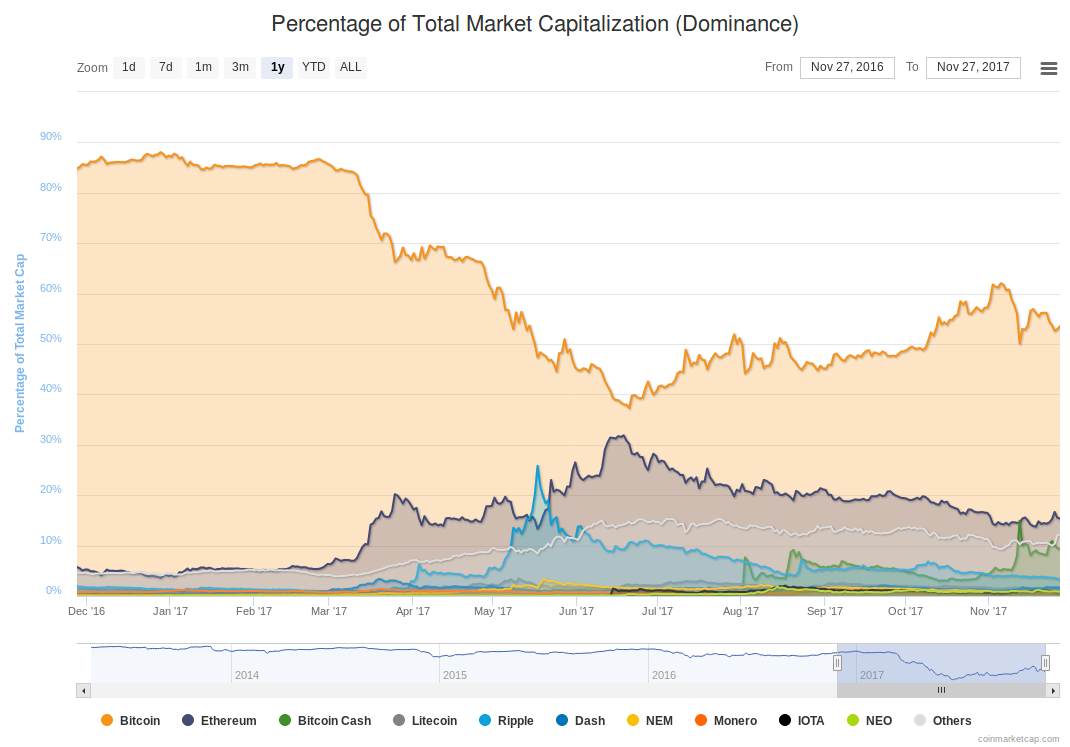 It remains to be seen whether or not these altcoins can improve on the decentralization of Bitcoin, as they all have their own issues of centralization. Regardless, the largest profits are likely to go to those selling pickaxes.