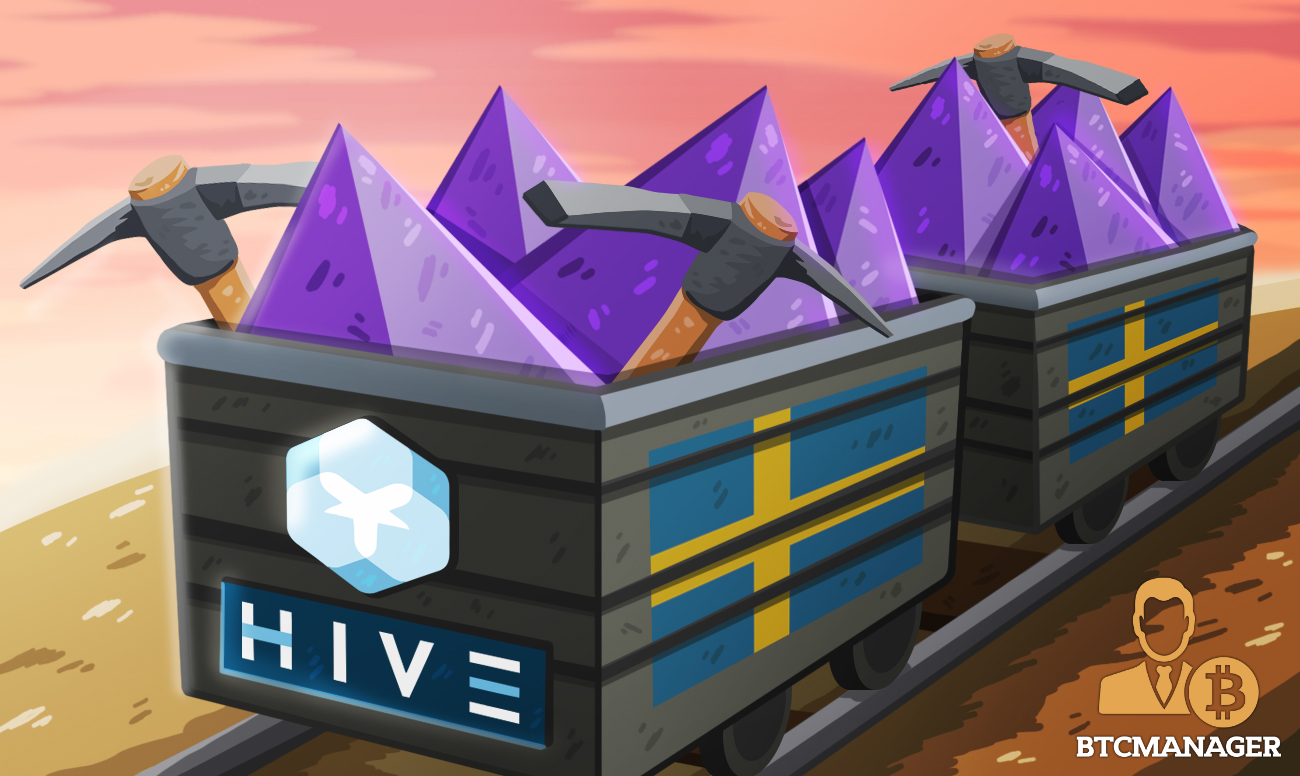 Hive Blockchain (TSX.V:HIVE), a publicly listed cryptocurrency mining company has announced that it’s now in the process of expanding its GPU-based Ethereum mining farm in Sweden. The firm says the move will enable it to increase its Ethereum mining production by as much as 20 percent, according to a press release.

While Ethereum’s Vitalik Buterin and other members of the ecosystem are hard at work trying to transition the smart contracts blockchain from proof-of-work (PoW) to proof-of-stake (PoS) consensus algorithm, HIVE Blockchain remains unfazed, as it’s now focused on strengthening its current GPU-based crypto mining facility to enable it to mine more ether (ETH).

As stated in its press release, HIVE has launched the expansion process of its flagship GPU-based cryptocurrency mining facility in Sweden. The firm claims the expansion initiative will result in a 20 percent increase in the facility’s Ethereum mining production, while also improving its “gross mining margin profile” by taking advantage of the facility’s existing fixed cost base.

At a time when forward-thinking Bitcoin (BTC) mining platforms are latching onto the green energy bandwagon in a bid to reduce their carbon footprint and contribute less to global warming, HIVE says its mining facility located in northern Sweden is entirely powered by renewable hydroelectricity.

Expansion to Be Completed by September

Specifically, HIVE has made it clear that its expansion project is expected to gulp about $200,000 per additional megawatt (MW) of capacity, a relatively low cost compared to the $3.2 million per MW it during the development of the Sweden facility.

HIVE plans to carry out the project in two phases and if all goes as planned, the firm expects the project to be completed within the next six months.

HIVE says its existing cordial relationship with local energy suppliers, facility operator Blockbase, and others, will be put to great use in the expansion project, helping it eliminate the need to hire more staff.

“This is an opportune time for us to expand our Ethereum mining capacity and gross mining margin profile at relatively low capital investment. We strongly believe in the future of Ethereum mining and are therefore strengthening and maximizing our core operation with this project.”