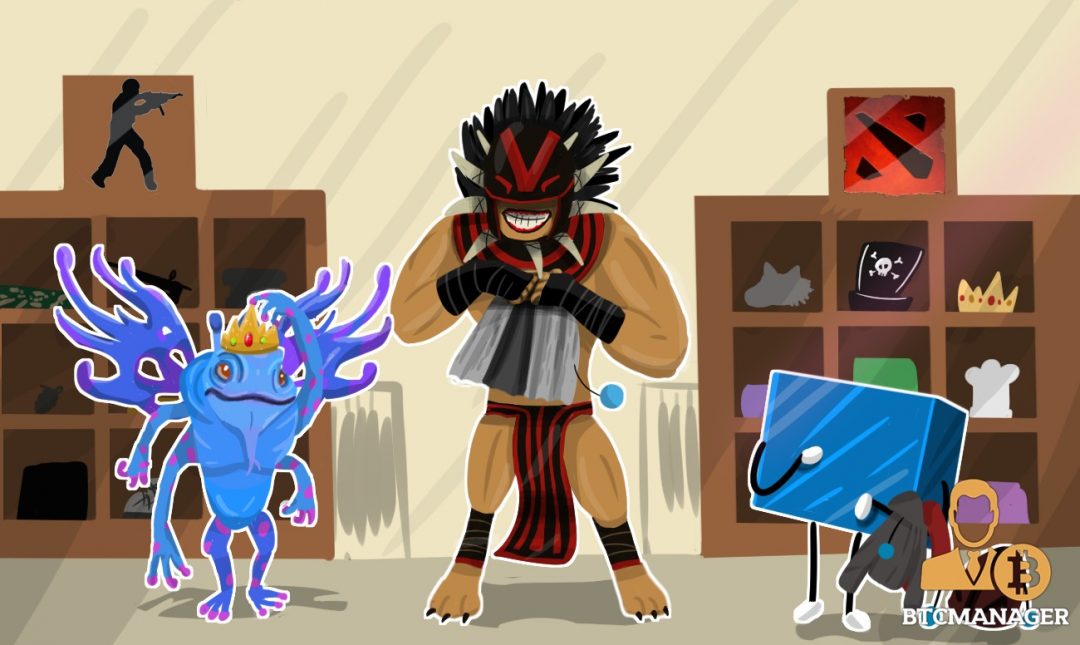 Skin gambling is a particularly controversial and extremely lucrative online market, though many people are not even aware of its existence. According to research highlighted by Bloomberg, in 2015 alone more than 3 million people wagered $2.3 billion worth of skins on the outcome of e-sports matches, some of them individually worth more than $15,000 a piece.

For those who live under a rock, video game skins are digital assets that change certain visual elements of the game while making no impact on gameplay and game mechanics. Ever since skins were introduced to video games as a concept, there was the steady demand for them within the in-game markets and some players would even pay real money to buy a particularly rare or good looking skin. But the entire thing has really gone to the next level with the advance of Steam.

The industry of skin gambling came into existence several years ago, when Valve’s Counter Strike: Global Offensive (CS:GO) introduced a new system of item drops which spawned hundreds of various weapon skins with varying degrees of rarity. Skins were unlocked at regular time intervals, it was not possible to “farm” them, and vanity urged players to consider spending hefty sums of real money to get a particularly rare skin.

To facilitate trade Valve created a marketplace called Steam Community Market, where players could freely trade skins for CS:GO and other popular Steam games, like DOTA 2 and Team Fortress 2. Additionally, Steam was complimented by an API which could be used to integrate the service on other platforms. This API has really opened the floodgates, spawning a large number of third party sites which allowed players to trade Steam assets without complying to Steam’s hardcoded restraints. For instance, Steam has a hard cap of $1,800 on item price, and the free market quickly showed that some items were worth way more than that.

As skin market steadily grew and matured and individual skin prices became more or less constant, a new wave of sites emerged that allowed skins to be used as surrogate money. Anyone with a Steam account could gamble skins they own on a variety of platforms. Most of those dealt with online gambling and e-sports betting.

Some third party skin gambling sites had a proclivity for cheating their users and disgruntled gamers, who lost real money on skins, filed lawsuits against Valve, who allowed for these third party sites to exist and even benefitted from their activities due to transaction fees they charged for item trade. Valve did start a campaign of sending “cease and desist” letters to shady sites, but ultimately their efforts were unsuccessful. So unsuccessful in fact that we have not seen a serious drop in trades on secondary platforms. Valve could completely destroy this industry by simply discontinuing their API, but that would also mean shutting down services provided to more than a hundred million customers of the Steam platform, which is of course not a feasible option either.

A solution to this gridlock came from the high tech industry of blockchain. A team of Russian developers and e-sports enthusiasts have built a platform that will integrating the infrastructure of a decentralized ledger and the free market of a decentralized economy into skin trading industry. The project’s name is SkinCoin and true to blockchain philosophy it will allow for safer, cheaper and faster p2p trade.

“We plan to solve the issues of skin trade on all video game sites. SkinCoin will provide security to players’ in-game assets and protect skin trade platforms from Valve’s claims. Unlike fiat money, SkinCoin is not a means of payment according to legal definition in most countries. Third party sites will be able to process trade transactions with the help of SkinCoin and still perfectly conform to Steam policies.”

The idea behind the project is simple. Players will be able to use SkinCoin tokens to buy and sell skins for various popular games like CS:GO or DOTA 2 or alternatively engage in e-sports betting with these tokens, eschewing the need always to have a stock of skins for that purpose. SkinCoin’s crowdsale is already underway and ends July 22. Given the current volume of the market, this project is very well timed.