Huobi Research recently surveyed 1,787 individuals from 23 different nations to gain a better understanding of the perspective of cryptocurrency investors in regards to the short-, mid- and long-term future of the industry.

According to the report, despite the recent drop in cryptocurrency prices, 77.9 percent of survey participants remain confident in the cryptocurrency industry for the next three years.

The Huobi Academy of Blockchain Application produced the survey and report which was distributed across the internet. They used a sentiment index to measure the different levels of optimism and pessimism with a range from 0 to 100, with 50 being the mean.

According to the report, the level of sentiment investors have toward the cryptocurrency industry lies at 71.7 percent. The short-term figure ranged approximately 61.1 percent, while medium and long-term sentiment ranged around 76.4 percent and 87.5 percent respectively. Furthermore, the study also revealed that 77.9 percent of survey participants believe that cryptocurrency prices will rise by more than 30 percent in the next three years.

Although the price of bitcoin fell from $17,700 in January 2018 to almost $6,700 on April 6, 2018, 55 percent of short-term investors believe that cryptocurrencies will increase in price and market capitalization. According to the Huobi study, “the short-term market expectations of investors were scattered, but the overall sentiment was optimistic.” 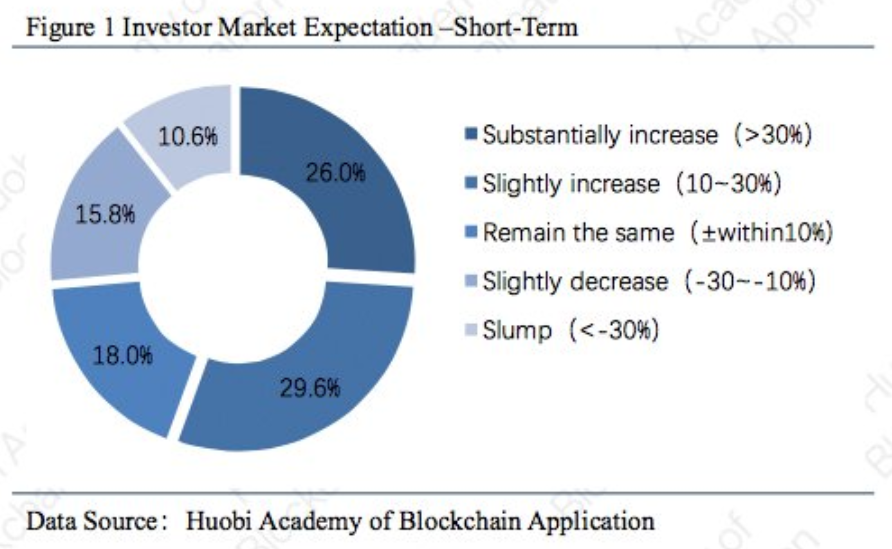 Around 77.6 percent of mid-term investors were optimistic. They believe that the total market value of cryptoassets will increase.

“51.1 percent of the voters were confident…that the market value of cryptocurrency would increase by more than 30 percent in the next three months.” 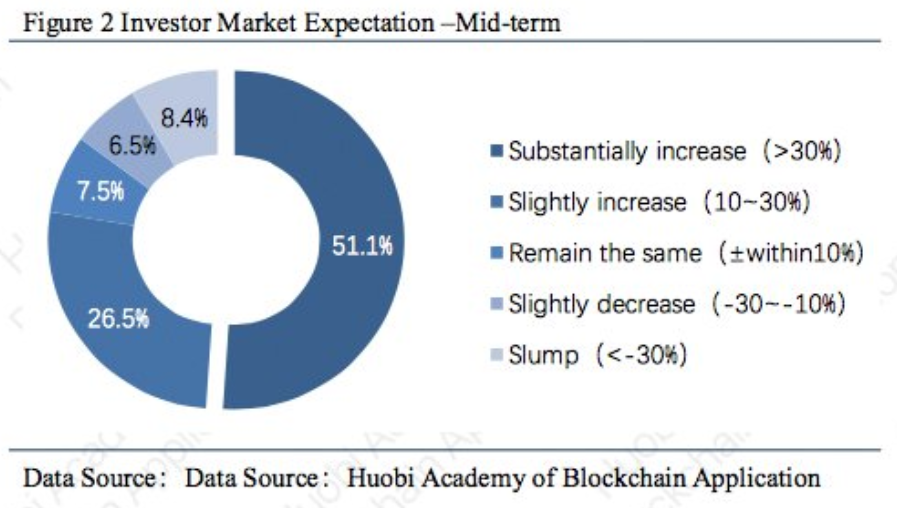 Long-term cryptocurrency investors are the most optimistic among the three groups. More than three-quarters of participants have strong confidence in its future value. To be specific, 77.9 percent of voters are certain that the cryptocurrency industry has a bright future. They more than 30 percent increase in the value of cryptocurrencies over its long-term development.

Around 10.1 percent of investors also believe that there will be an increase in value for cryptocurrencies. Unlike the 77.9 percent of voters, the 10.1 percent do not see the value increasing above 30 percent.

Sentiment analysis, along with technical analysis and fundamentals, helps to guide traders and investors when making decisions. While fundamentals relate to the technological progress of cryptocurrencies, sentiment, how people feel, is also an important indicator to watch. At any moment in time, if sentiment is extremely bullish/bearish, some investors may want to go short/long in anticipation of a reversal of how market participants feel.