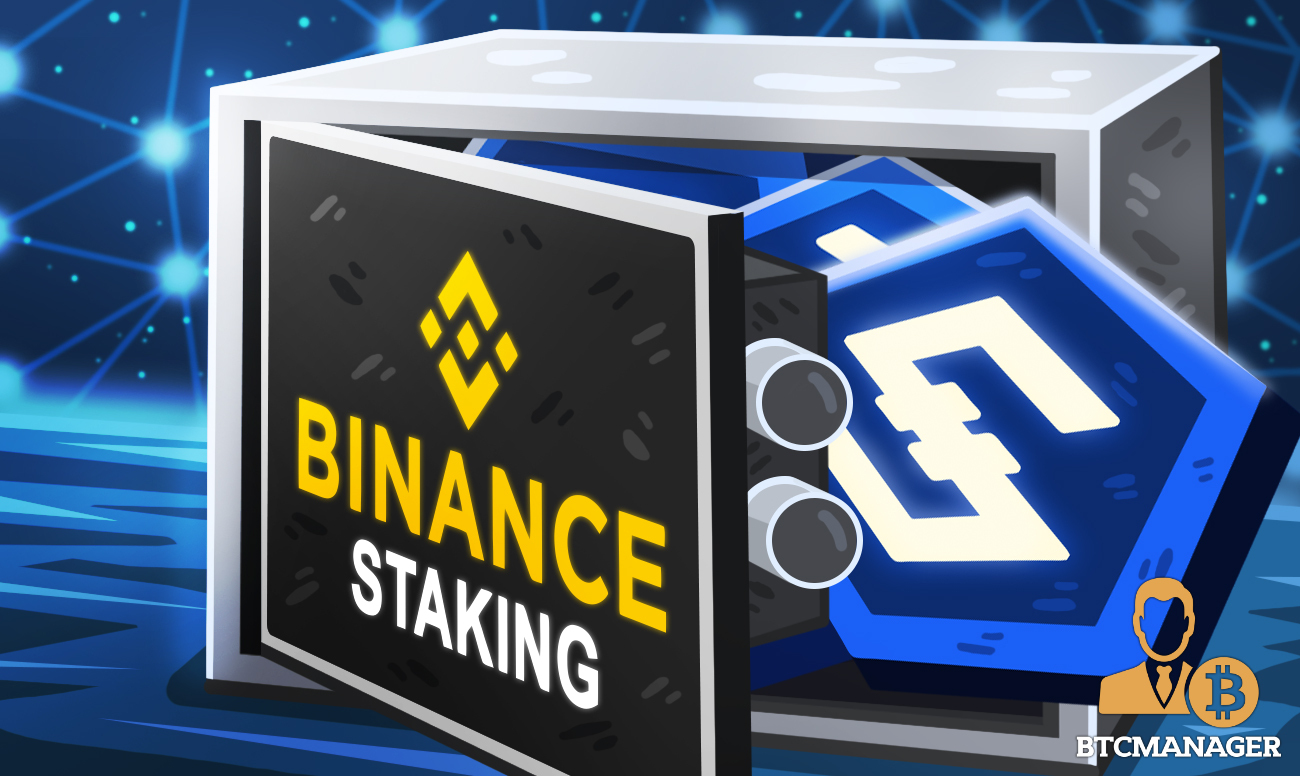 IOST continues to blaze the trail as it brings aboard top cryptocurrency exchange Binance as a partner node.

Binance to Stake Over 800 Million IOST on IOST Network

In a major development for the IOST ecosystem, the decentralized, scalable blockchain project today announced that not only Binance would be joining it as a partner node but will also bring over initially 800 million IOST tokens for staking on the IOST network.

In essence, Binance users can now stake IOST tokens on the exchange and earn IOST rewards. Notably, IOST was hand-picked from among a 344 proof-of-stake projects to join Binance staking.

The official announcement reads in part:

For the uninitiated, IOST was listed on Binance in less than a month after the successful launch of its highly-anticipated mainnet. The project also has several strategic partnerships with Binance as is evident in the Binance Charity Alliance.

Celebrating the Alliance with IOST

In a bid to celebrate the aforementioned staking development, Binance has introduced two events. One event offers rewards of up to 54% APY until February 4, 2021, while the other event will see the Binance Staking node share both election rewards and block producing rewards to voters.

IOST holders stand a chance to earn up to 54% annualized return on their tokens. Refer to the below chart to know about the yields and the duration for which you might need to hold IOST tokens to be eligible to receive rewards. 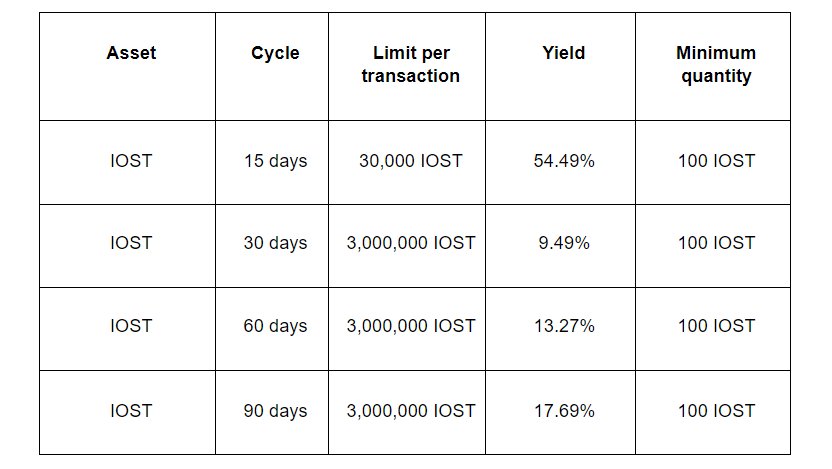 Some rules to remember while participating in the program are as follows.

1) On a first-come-first-serve basis.

2) Interest calculation cycle: from 12:00 PM UTC the day after the votes are successfully recorded to the end of the cycle.

In addition, there are several other points of importance that IOST holders should be aware of. First, the users must cast votes via the Binance Staking official site. The rate of return is adjusted daily based on the on-chain rewards, and the exact value is subject to the percentage displayed on the site every day. Finally, users must ensure they are KYC-approved on the exchange.

Why Stake on IOST

In a relatively short time – two years since the launch of its mainnet – IOST has cemented itself as a leading blockchain network with various government collaborations and enterprise alliances the world over.

IOST is, in fact, one of the Big Four public chains with a huge user base alongside the likes of Ethereum (ETH), EOS, and TRON. At present, IOST boasts of 500,000 community members, presence in more than 20 countries across the globe, running more than 400 nodes, providing a staking option to its users, and more.

As recently reported by BTCManager, IOST was first and third under basic technology, and overall categories, according to the 21st release of the CCID Global Public Blockchain Technology Assessment Index.