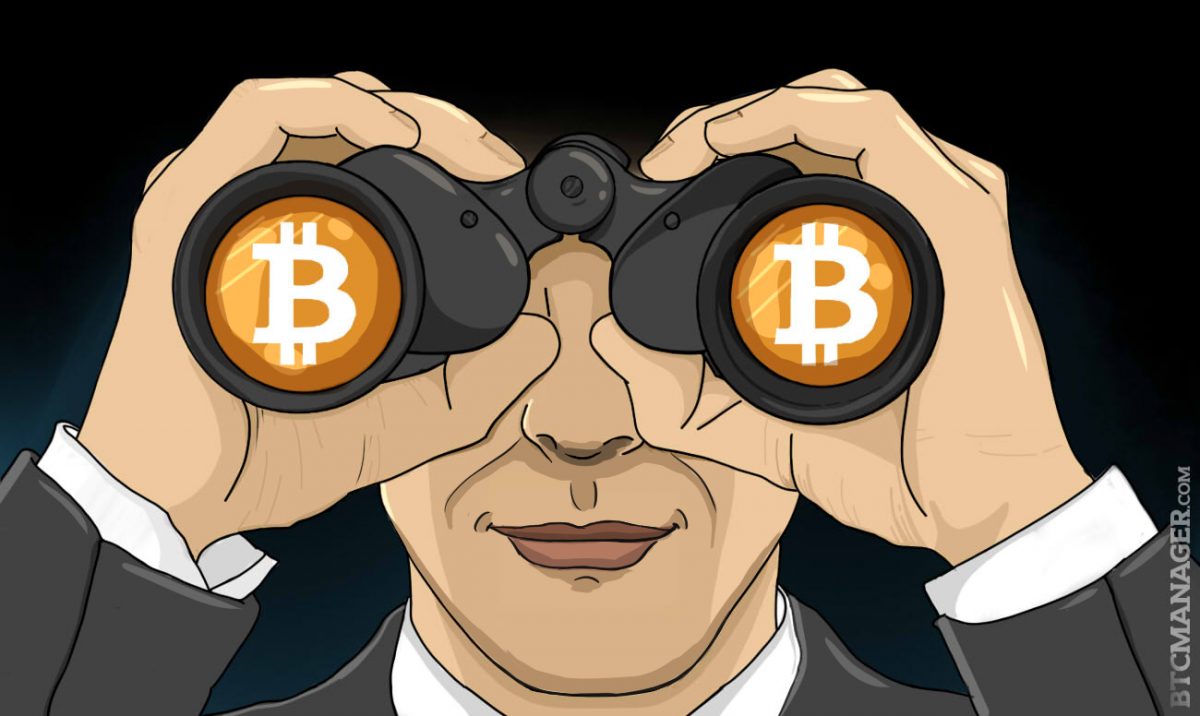 Bitcoin’s anonymity or rather, the lack thereof, has become a major talking point in the Bitcoin community and a focus of investigation for law enforcement agencies as well as, as it turns out, the taxman.

According to a report by The Daily Beast, the US Internal Revenue Service (IRS) has contracted the blockchain start-up Chainalysis Inc. to use their bitcoin transaction tracking software that could enable the tax collection agency to identify bitcoin users who have not been reporting their investment income in their annual tax filings.

According to the IRS, the number of people who are not reporting their bitcoin income must be very high given that only 802 Americans reported their bitcoin capital gains in 2015 by filing a Form 8949. The Form 8949 needs to be submitted under IRS rules when an individual has capital gains and capital losses to report. Bitcoin holders in the US are required to report their investment income derived from the appreciation in value. Given bitcoin’s tremendous rally in the past years, the amount of potential tax revenue is quite substantial.

The contract between the IRS and Chainalysis, obtained by The Daily Beast through the Freedom of Information Act, was for a 12-month Chainalysis Reactor Investigate Licence, which was purchased in late 2015. It provides the governmental agency with an interactive investigation tool that allows bitcoin transactions to be traced.

More specifically, Chainalysis’ software can track bitcoin transactions as they move from one bitcoin wallet into another, and eventually to the exchange where the bitcoin user chooses to convert the digital currency into fiat currency. At this point, law enforcement agencies can issue a subpoena to the exchange to identify the identity behind the person transaction in the digital currency.

Not the Only Attempt by the IRS to Identify Bitcoin Users

The purchase of Chainalysis’ bitcoin transaction tracking software was not the only time the IRS tried to identify bitcoin users with the intention to tax their investment returns. In November 2016, the IRS issued a John Doe summons on the popular bitcoin exchange Coinbase to gain access to the company’s user information.

Coinbase, however, responded by refusing to simply give up all of their clients’ financial data because the IRS decided to partake in a “fishing expedition” to locate tax offenders.

“We want to work with law enforcement, that’s generally our policy. But we can’t tolerate sweeping fishing expeditions. We are very concerned about the financial privacy rights of our customers.”

Instead, Coinbase CEO Brian Armstrong asked the IRS for a reasonable agreement regarding their users’ data to prevent his company’s legal fees from skyrocketing to deal with the manner. Armstrong stated, “We will likely incur a legal cost of between $100,000 and $1 million in the process of defending our customers from this overly broad subpoena; funds which could be put to better use building innovative products or hiring more employees.”

While Armstrong emphasizes that the IRS and Coinbase have the same goal in urging all US-based clients to declare their taxes correctly, he believes the means in which the IRS wants to obtain customer information is not the appropriate method when it comes to taxation-related cases.

As the Coinbase/IRS saga continues, the IRS now wants to exempt users who have made transactions with a value of under $20,000 in their sweep but still want to access client information of those above that threshold. However, a court has given Coinbase users the right to challenge the IRS’ grab of their personal financial information citing that “the IRS offers no explanation as to how the IRS can legitimately use most of these millions of records on hundreds of thousands of users…”

“[Without required] reasoning the IRS could request bank records for every United States customer from every bank branch in the United States because it is well known that tax liabilities, in general, are under reported and such records might turn up tax liabilities… It is thus no surprise that the IRS cannot cite a single case that supports such broad discretion to obtain the records of every bank-account holding American.”

Libertarians may consider Chainalysis’ work with the U.S. tax authority to be anti-bitcoin as many “be your own bank” bitcoin enthusiasts would prefer not to receive a knock on the door of the taxman regarding their cryptocurrency holdings.

However, given the rising popularity of bitcoin both as a transactional currency and as an investment asset class it was only ever a matter of time until tax authorities would investigate the matter more closely. Even if they are currently still failing to collect the financial information from Coinbase users, their actions are a clear sign that the agency intends to hone in on bitcoin investors to collect capital gains tax and penalize those who do not in the near future.

It would not be surprising to see tax agencies set up departments that focus specifically on cryptocurrency-based tax evasion as digital currencies will most likely play a major role in payments in the future. Hence, keeping track of one’s digital asset investment income and recording it correctly for tax reporting purposes may prove to be a smart move once tax authorities start to crack down on regular bitcoin users and big investors.

To help with bitcoin tax reporting, platforms such as Coin Reporting and Bitcoin Tax have emerged. While these services can help users identify the amount they are required to tax given their location, it is wise to speak to a tax advisor before filing your cryptocurrency capital gains in your tax declaration to ensure everything is in order for you and the tax authority you need to report to.

A Move Towards Anonymous Cryptocurrencies

Aside from bitcoin holders correctly taxing their digital assets returns, users who do not believe in sharing their investment income with the government may choose to move their holdings into anonymous cryptocurrencies. Zcash, Monero, and DASH have all gained substantially in value in recent months as bitcoin’s lack of anonymity is troubling some users.

The more tax authorities and regulators start to clamp down on bitcoin users, the more momentum anonymous cryptocurrencies will continue to gain, which, in turn, bodes well for the holders of these digital currencies.