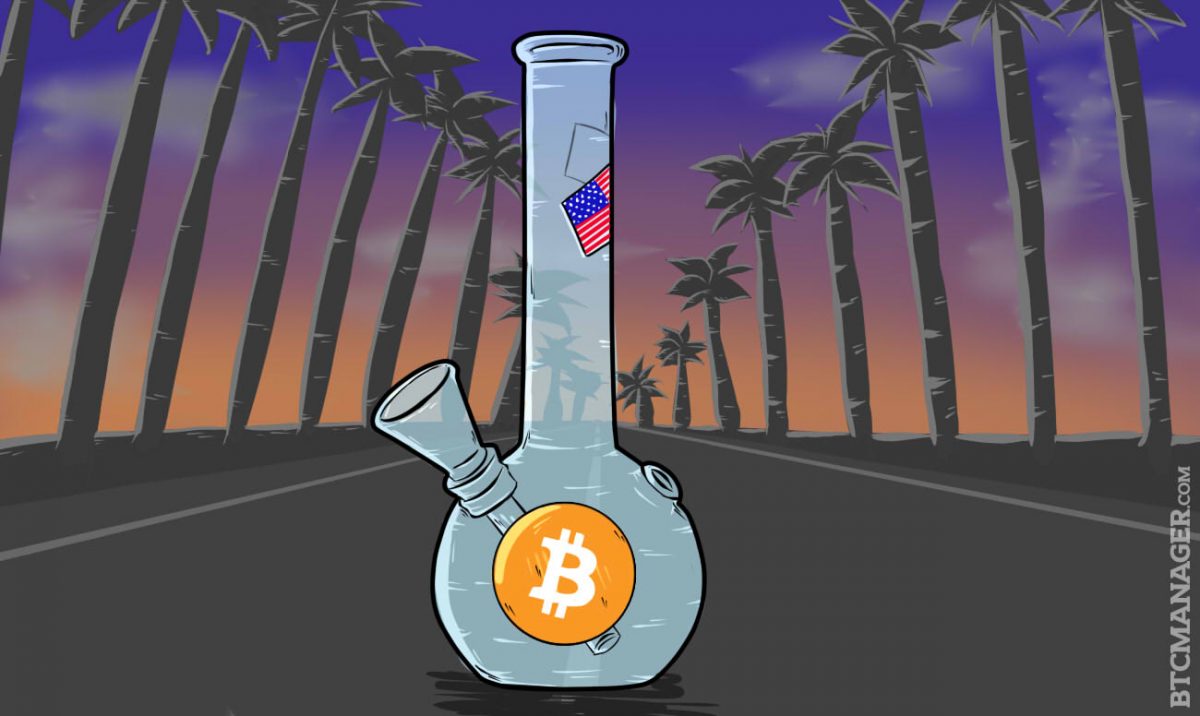 California, Nevada, and Massachusetts legalized the recreational use of Cannabis on November 9, but the banking sector will reject Cannabis dispensaries as clients. This could be the perfect opportunity for Bitcoin. But, once again, the cryptocurrency alone does not magically solve every problem.

Hippies and Rastafarians from California, Nevada, and Massachusetts might praise the day Donald Trump became president of the United States. The reason is, that on the same day, these states voted to legalize the possession of up to one ounce (~28 grams) of Cannabis, with other states legalizing medical use only.

Some kind of “bug” in the legal system of the United States makes this an opportunity for Bitcoin. While, one by one, the individual states are deciding to end the prosecution of Cannabis, the federal authorities are sticking with it. Back in August, the Drug Enforcement Administration (DEA) rejected to remove Cannabis from the list of strictly prohibited substances.

No Bank Accounts for the Cannabis Industry

The USA is divided. On the one hand, after the voting result in California, the legal market for Cannabis has tripled. Some experts already assume that the hemp plantations will soon generate more income in the state than the vineyards. Forecasts expect that hemp will be a $22 billion business in the USA by 2020.

On the other hand, at the federal level, Cannabis remains prohibited, along with more harmful drugs such as Heroin. Since most banks and payment providers are regulated on the federal level, the companies which grow and sell Cannabis have a hard time obtaining a bank account. The banks are simply afraid to get into trouble by helping companies to violate federal laws.

The Los Angeles Times reports that most dispensaries in the States are “cash only” businesses and suffer from this. Handling too much cash makes you a magnet for thieves and becomes a menace for your security. One dispensary owner in Walnut Park, California, survived a shootout with two heavily-clad individuals who were targeting his business, due to the cash holdings held by the store.

Currently, banks are not willing or capable to serve the needs of this fast-growing industry. Only three percent of the banks accept Cannabis companies as clients. Many entrepreneurs of the industry say they had to ask dozens of banks to get an account. The concerns of banks are so far-reaching, that you do not even have to work directly with Cannabis to become a problem. Bloomberg tells the story of a media company losing its bank account just for producing movies about growing hemp.

Once again banks have no other choice than becoming the executors of the federal law.

A Golden Opportunity for Bitcoin?

In light of this absurd situation, it should come as no surprise that bitcoin is discussed as an ideal means of payment for the Cannabis industries. When banks fail to serve the economy, the cryptocurrency might see it’s golden hour. Bitcoin could help the hemp industry to resist the obstacles of an inconsistent legal system, while the hemp industry can help Bitcoin to take a further step in becoming an official means of payment.

In Denver, a security company has started to accept bitcoin to enable its customers, mostly in the Cannabis industry, to pay without carrying cash. Also, the first emerging wave of Cannabis vendor machines in the USA just accept cash and bitcoin. Despite such examples, it remains unclear how many vendors accept bitcoin – and how often people pay for Cannabis with bitcoin.

Bitcoin could help to enforce a change of society, which currently is hampered by banks and laws. But it is wrong to think that Bitcoin easily solves all the problems of the current system. Even with Bitcoin, getting paid without the use of cash remains a challenge for Cannabis vendors.

It is not the Currency, it is the Middleman

Everybody can accept and send bitcoin. You do not have to ask somebody, you just have to download a software. This is the beauty of the blockchain.

But most merchants still prefer to engage with a middleman, who provides the technology and takes the risk of volatility by immediately exchanging the bitcoin or at least a proportion of the funds. Prominent examples are BitPay and Coinbase. Both are companies registered in the USA. What they have in common with banks is that they have to comply with federal law.

Thus BitPay had no other choice than to reject companies of the Cannabis industry as clients. The payment provider explained that the substance continues to be prohibited by national laws. Coinbase said they want to reconsider their stand on it, but by now they still seem to reject companies working with cannabis.

The currency is not the problem and has never been. Instead, the problem lies with the middlemen. This is urgently demonstrated by the problems of the Cannabis companies in obtaining a bank or bitcoin account. As long as merchants do not use Bitcoin natively, they do not enjoy the best part of the story. And currently it is not easy to accept Bitcoin without a middleman. Most merchants need to write their own tool to use the API of their own or some other node.

But even natively accepting bitcoin is no final solution. One dispensary from Washington tried to sell the bitcoin they received by customers at Coinbase. Shortly later their account was closed. If a company needs to pay employees, landlords, and resources with US Dollars, Bitcoin can never help to completely get rid of the dependence from banks.